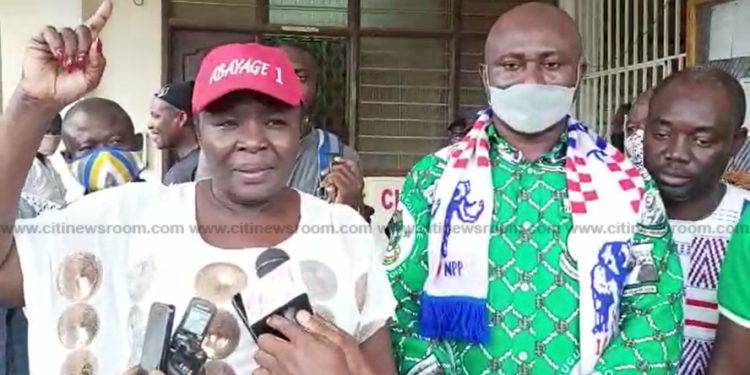 Aviation Minister Joseph Kofi Adda, who flew a helicopter from Accra to Navrongo to file his nomination forms, crashed out of the Navrongo Central contest following Saturday’s primaries.

Mr Adda, who had earlier claimed that his opponent was relatively unknown and therefore had no clout in the Navrongo Central Constituency, is now nursing his wounds having obtained 266 votes to Tangoba Abayage’s 307, from the 573 delegates who voted in 107 polling stations.

She becomes the first female NPP aspirant to ever beat an incumbent Member of Parliament in the constituency.

In her victory speech, Tangoba Abayage called for unity within the rank and file of the party in the constituency.

She assured the party members of retaining the Navrongo Central parliamentary seat for the NPP in the upcoming 2020 elections.

“I will stand here and make that solemn pledge that I have made everywhere I have gone that my purpose for annexing this seat is to unite the New Patriotic Party in the Navrongo constituency. It is a solid big party and even though we may have our differences, if we surmount them, which we can because we are human beings, we will sit down, we will solve our problems, we will come together and then we will make sure that for the first time we are going to win the Navrongo Central constituency with a landslide on the 7th of December.

“We will win this seat for the president. We are going to need one campaign that has not being felt in this constituency in a very long time. I am the lioness, we are going to lead this pride to hunt and bring the goodies home.”

Voting commenced at 7:00 am and was peaceful throughout with no incidents.

The Navrongo central contest was tipped as one of the keenest in the NPP’s primaries as the two political giants in the region went head to head.

Madam Abayage had been confident of victory, constantly saying on the campaign trail that she would cause an upset in the primaries when she faced off with Kofi Adda.