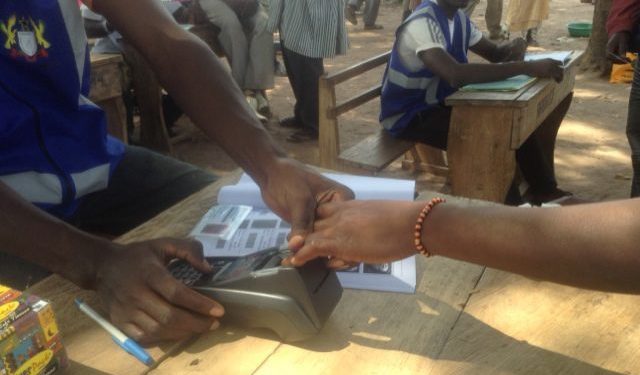 The Ghana Pentecostal and Charismatic Council (GPCC) has called for intensified stakeholder consultations to ensure a smooth election on December 7, 2020.

The Electoral Commission (EC) in its resolve to compile a new voters’ register ahead of this year’s elections has seen opposition from the largest opposition party, NDC, as well as some civil society organizations.

Addressing the media after a donation of medical supplies and veronica buckets to the Pentecostal and Charismatic Council by government, the First Vice Chairman of the Council, Reverend Sam Korankye Ankrah called for deliberations between the EC and stakeholders for a peaceful election.

“On this volatile issue of the voter registration, we are asking everybody to jaw-jaw other than fist-fist. This is not about fights but rather about democracy. Let’s debate and have consensus and agreements somewhere along the line so that we do what it’s needful for all of us. As we approach the December polls, we are asking every Ghanaian to be civically responsible, go about the campaign and elections with dignity and respect for one another.”

Already, the National Democratic Congress (NDC) has sued the Commission over its attempts to compile a new register.

The NDC argues in its suit that the EC lacks the power to go ahead with its plans because it can only “compile a register of voters only once, and thereafter revise it periodically, as may be determined by law”.

The opposition party in its case is also praying the court to declare as illegal the decision of the EC not to use the old voter ID cards for identification fin the compilation of the new register.

The NDC claimed that the decision which is without any justification is arbitrary, capricious, unreasonable and contrary to article 296 of the 1992 Constitution.

On the back of this, the Supreme Court has directed the EC to explain why the old voter ID card has been removed from the list of identification particulars for the yet to be compiled new voters’ register.