There have been attempts to assassinate me – Woyome alleges 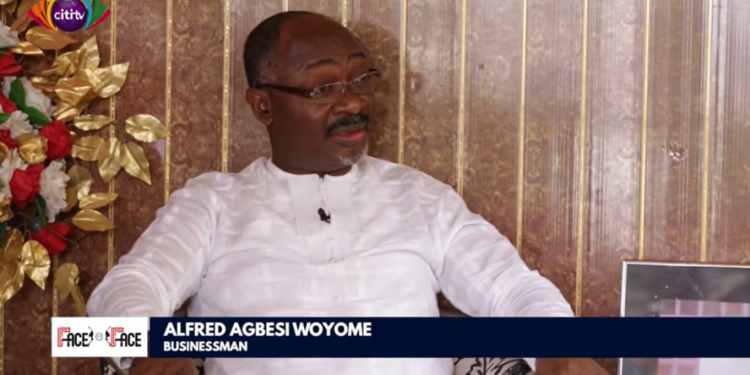 According to him, some individuals connected to the corridors of power have sought to ‘bring him down’ using whatever means they can but have been unsuccessful.

He said such attempts started because he challenged government’s decision to have him repay for the GHS51 million judgement he benefitted from.

“During the NDC era, I was poisoned. There was an assassination attempt on my life and many other things. So many things have happened. Juju was poured into my house because they [government officials] have not seen a Ghanaian resisting them before. Let me tell you, in this country if people win power, a lot of them run around to ensure that the status quo as they imagined it goes on [as expected]; and these people pretend to be NDC and NPP at the same time,” he said.

The Government of Ghana has been directed to sell the properties of Woyome to defray the cost of some GHS51 million wrongfully paid him after he claimed he provided services for Ghana ahead of CAN 2008.

The Supreme Court, on July 29, 2014, ordered Mr Woyome to refund GH¢51.2 million to the state, on the grounds that he got the money out of unconstitutional and invalid contracts between the state and Waterville Holdings Limited in 2006 for the construction of stadia for CAN 2008.

The Supreme Court was of the view that the contracts upon which Mr Woyome made and received the claim were in contravention of Article 181 (5) of the 1992 Constitution of Ghana, which required such contracts to be laid before and approved by Parliament.

However, the businessman has since, always maintained his innocence in the matter, going as far as the African Court on Human and Peoples’ Rights in Arusha, Tanzania where he also lost.

Chief Justice Anin Yeboah earlier this month, advised businessman, Alfred Woyome, to find money to settle his debt to avoid the sale of his properties.

Justice Yeboah made the comment during the hearing of an application by the Attorney General seeking clearance from the court for the State to take over Mr. Woyome’s properties instead of selling them.

The properties include two mansions at Trassaco Estate, a house at Kpehe where he resides, an office complex of Anator Holdings, a residential building at Abelemkpe and a stone quarry in the Eastern Region including its plants and equipment.

The case was adjourned to 24th of June due to the unavailability of the lawyer of Alfred Woyome.