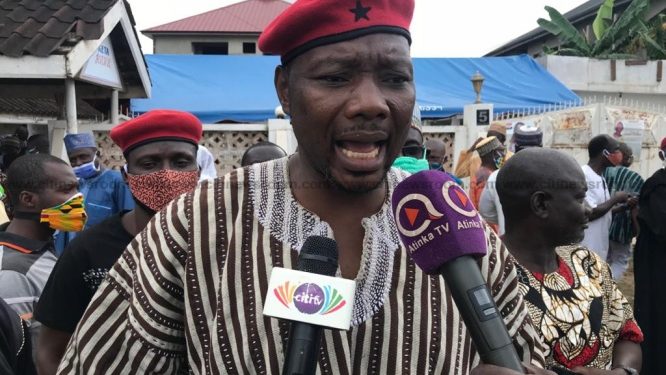 The Inter-Party Resistance Against the New Voter Register (IPRAN) says the Supreme Court’s decision allowing the Electoral Commission (EC) to compile a new register is a major setback to Ghana’s electoral process.

The opposition New Democratic Congress (NDC) and a private citizen filed the case at the apex court asking that it stops the EC from compiling the register or allow the use of the birth certificate and the current voters’ ID card by prospective voters as proof of identification.

Unfortunately, the Supreme Court in a unanimous decision on Thursday, June 25 ruled that the Electoral Commission has the power to compile a new register.

At a press conference in Accra today [Friday], the Convener of IPRAN, Bernard Mornah, said the judgment was unfortunate.

“We take very grievous note of the rather unfortunate outcome of the Supreme Court’s determination of the matter involving the inclusion of the existing voters’ ID card as a valid document for registering qualified Ghanaian voters contrary to the provisions of the C.I.126 as amended by the EC. The Court throwing away these well reasoned legally fertile arguments made in respect of this matter makes nonsense of the fundamental human rights accrued to all citizens under the 1992 Constitution. Indeed, this ruling speaks volumes about the state of the judiciary system in the country,” he stated.

The NDC has already expressed disappointment in the apex court’s decision to throw out its case.

The flagbearer of the party, John Dramani Mahama, at a press conference on Thursday evening said the party disagrees with the Supreme Court’s decision and maintained that the party vehemently opposes the outcome of the case it [NDC] filed at the Supreme Court.

According to Mr. Mahama, the legal team of the NDC “is examining this decision even as we await the full judgement [in July 2020]”.

Ghanaians to be disenfranchised

The NDC has been alleging that the EC is scheming to disenfranchise eligible voters in the upcoming limited voter registration exercise.

On June 9, Parliament voted to allow the EC to use the Ghana Card and Passports as the only forms of identification for persons registering to vote after relevant Constitutional Instrument had matured.

The EC presented the Public Election (Amendment) Regulation, 2020 (C.I. 126) to Parliament to amend C.I. 91 in order to change the current identification requirements.

The Commission submitted its legal justification for the amendment and described the old voter ID as “a fruit from a poisoned tree” and a breach of Article 42 of the constitution, which defines who is qualified to register to vote.

But the NDC feels this amendment will lead to many Ghanaians being deprived of the right to vote.

The General Secretary of the opposition party and a leading member of the Inter-party Resistance Against the New Voter’s Register, Johnson Asiedu Nketia, has even charged all well-meaning Ghanaians and those likely to be disenfranchised EC’s voter registration requirements to speak out.

According to him, it is not within the mandate of the EC to redefine which Ghanaian qualifies to vote or not.

The Electoral Commission has, however, rejected claims that its intended limited registration exercise at the district level will disenfranchise Ghanaians. 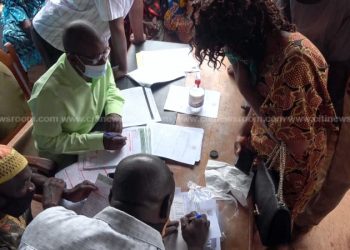