WHO warns Latin America is new ‘red zone’ for COVID-19 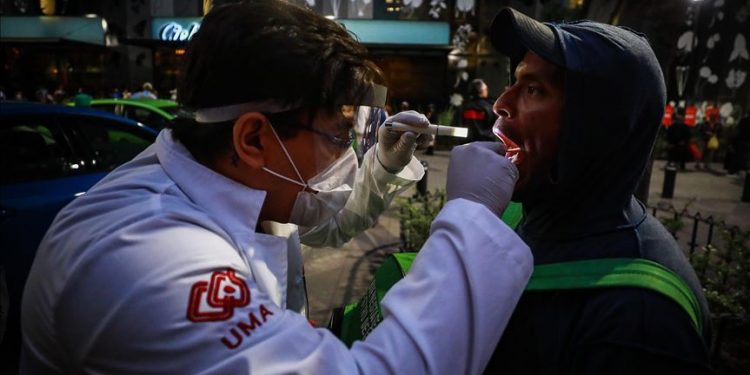 The World Health Organization (WHO) said this week that Latin America has become the “red zone” of coronavirus transmissions in the world and that solidarity and support is needed for these countries to overcome the pandemic.

Four of the 10 countries across the globe with the highest number of COVID-19 cases are located in Latin America, WHO emergencies director Michael Ryan said Monday. Brazil, Peru and Chile are suffering the highest daily increases, but numbers are also on the rise in Argentina, Bolivia, Colombia and Haiti.

“Countries are having to work very, very hard to understand the scale of infection, but also health systems are beginning to come under pressure across the region,” said Ryan at a virtual press conference.

Latin America has passed one million cases and recorded more than 50,000 deaths. Brazil has reported more than half of those cases and close to 60% of the fatalities.

The country confirmed 623 new deaths in the past 24 hours with the number of confirmed cases reaching 555,383 and over 31,000 fatalities.

With the state of Rio de Janeiro registering more than 54,000 cases and 5,462 deaths, churches, car shops and home furnishing stores were all allowed to open, while people are starting to exercise along the beaches and swim in the ocean. Last week, Rio’s toll surpassed that reported across the whole of China during the epidemic.

In the South American country of 210 million people, quarantine measures have been applied differently in each state and city, and far-right President Jair Bolsonaro often calls for lifting these restrictions to protect the economy and jobs.

Mexico is also partially reopening this week, despite still recording thousands of coronavirus infections. It began reactivating its automotive industry, mining and construction even though the country has recorded more than 10,000 deaths.

President Andrés Manuel López Obrador began a tour Monday in the state of Quintana Roo, where the resort city of Cancún is located. Obrador said the country’s economy has to reopen “for the good of the people.”

Peru has extended its national emergency until the end of June. The country has recorded more than 170,000 coronavirus cases.

Chile, which also remains under tight restrictions, has also been badly hit by the virus with 108,686 cases.

However, the WHO also highlighted Uruguay as a Latin American success story in managing the coronavirus. In the small country of just over three million people, there are only 826 cases and 23 deaths, and the country never went into total quarantine.