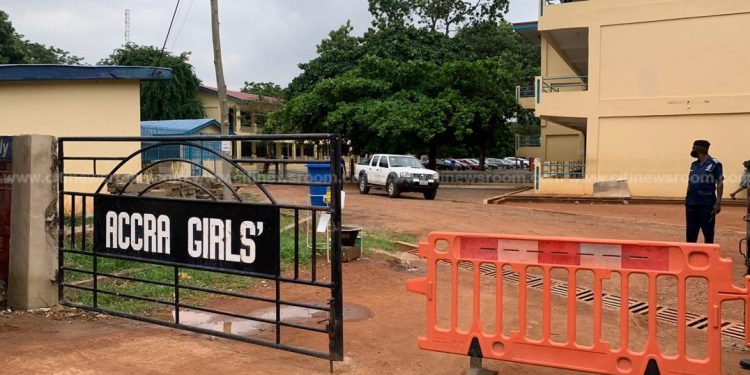 Seven students out of the 55 people in Accra Girls Senior High School who tested positive for the novel coronavirus have recovered and have been discharged.

About two weeks ago, it was reported that six students from the school had tested positive for the disease.

The school confirmed six positive cases amongst students and it was later discovered that a teacher and his spouse had also tested positive for the disease.

After a mass testing exercise was undertaken by the Ghana Health Service, 55 people tested positive out of 314 total tests done.

The infected persons were thus sent to treatment centres to be attended to.

But some stakeholders of the school told Citi News that seven of the students have been discharged and have been received back on campus.

After the announcement about the cases on campus, many parents thronged the premises of the school demanding that their children be allowed to go home due to the risk of remaining at the school.

This happened twice, the second one being after the number of cases increased following the mass testing.

But school authorities and authorities in government insisted that the school is better placed to manage the students and the risk associated with COVID-19 than being released to go home.

Prior to this, there was a protest among the student populace who insisted on going home.