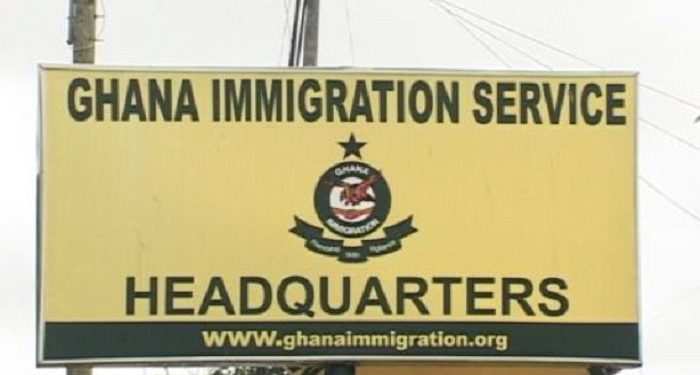 Five Togolese nationals have been arrested by the Ghana Immigration Service for possessing the new Voters’ ID card and attempting to illegally exit Ghana.

The five were arrested by officers on patrol at the Aflao beach.

They have since been handed over to the headquarters of the Aflao Sector Command for interrogation.

Identified as Dayo Yao (33), Gatago Kudjo (32), Quist Mawutor (26), Desouza Theodor (29) and Gatogo Kudjovi Lenene (age not given), they admitted during interrogation that they were Togolese nationals who had registered for the new Ghana voters ID card at one of the registration centres in  Aflao.

One of them according to the Immigration Service also had in his possession a Togolese voters ID card.

In a statement, the Ghana Immigration service revealed that the five will be further handed over to the police after medical screening.

The service also advised non-citizens to desist from entering or leaving the country illegally.

“The Ghana Immigration Service wishes to once again remind all non-Ghanaians to desist from entering and leaving the country through unapproved routed. It is an offence under the laws of Ghana to use illegitimate means to enter or exit the country.”

Faceshields not replacements to face masks - College of Surgeons