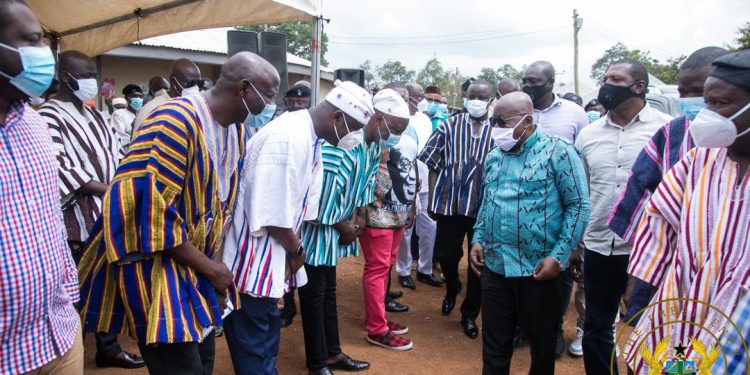 The President, Nana Addo Dankwa Akufo-Addo, has cut the sod for the construction of the Yendi Water Supply Project, in fulfilment of a pledge he made to Yaa-Na Mahama Abukari II at the 2019 Damba Festival.

The Water Supply Project, being financed by a $30 million facility from the India Exim Bank, is aimed at providing the people of the Yendi Municipality and its environs with fifteen thousand (15,000) cubic meters of water daily to meet the water demand from now till the year 2040.

Cutting the sod for the construction on Wednesday, 29th July 2020, President Akufo-Addo indicated that communities earmarked to benefit from the Project, upon completion, include Yendi, Ghani (Ngani), Sambu, Adobo, Sokoli, Nakpachei, Gbungbalaga and Kuga.

“Yaa-Na Mahama Abukari II, when I told you that ‘great days lie ahead of Dagbon’, this is what I meant, as this Project signals the beginning of infrastructural development for Yendi. And, as you know by now, when Akufo-Addo makes a promise, he keeps it,” he said.

The President stated that it has been fifty-nine (59) years since the construction of the original Yendi Water Supply System, which took its raw water source from the River Daka.

“Since its construction, it has not undergone any rehabilitation works, and it is no longer capable of satisfying the water needs of Yendi and its environs. Additionally, because of the considerable increase in population and economic growth, it has become necessary to construct a new water supply system to meet the water demands of Yendi and its adjoining towns and communities,” he added. 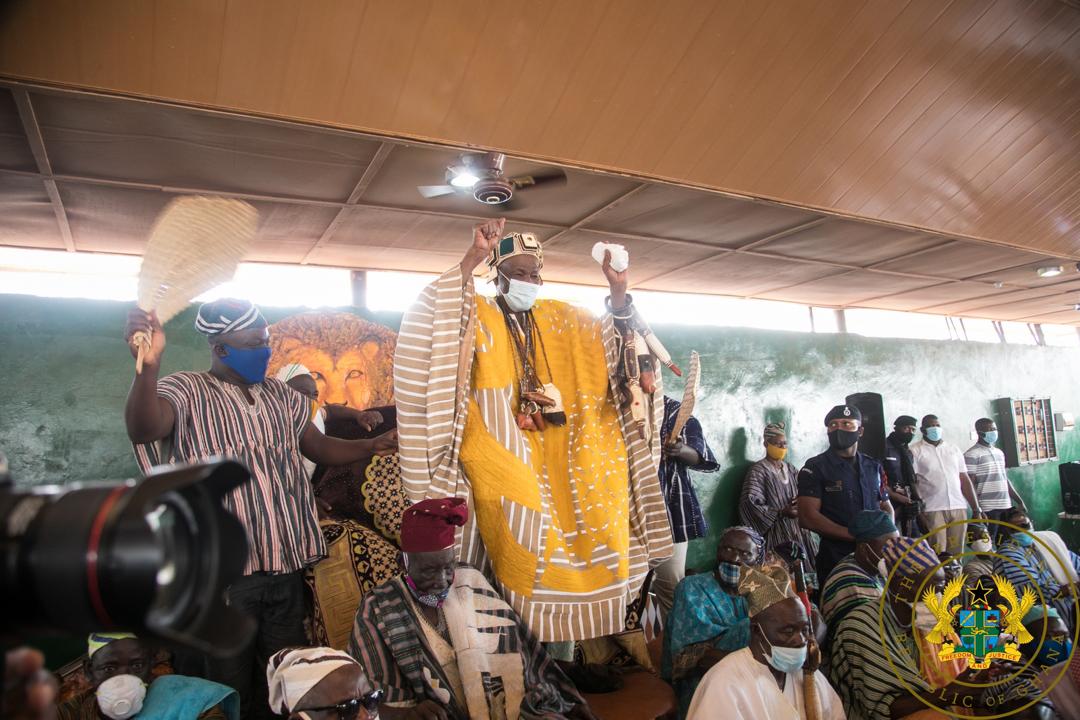 The President continued, “Yaa-Na Mahama Abukari II, when I told you that ‘great days lie ahead of Dagbon’, this is what I meant, as this Project signals the beginning of infrastructural development for Yendi. And, as you know by now, when Akufo-Addo makes a promise, he keeps it.”

President Akufo-Addo assured residents of Yendi, and, indeed, all Ghanaians, that the Government’s commitment to protecting the country’s water-bodies, that serve as the sources for the provision of potable drinking water for the Ghanaian people, is unwavering. 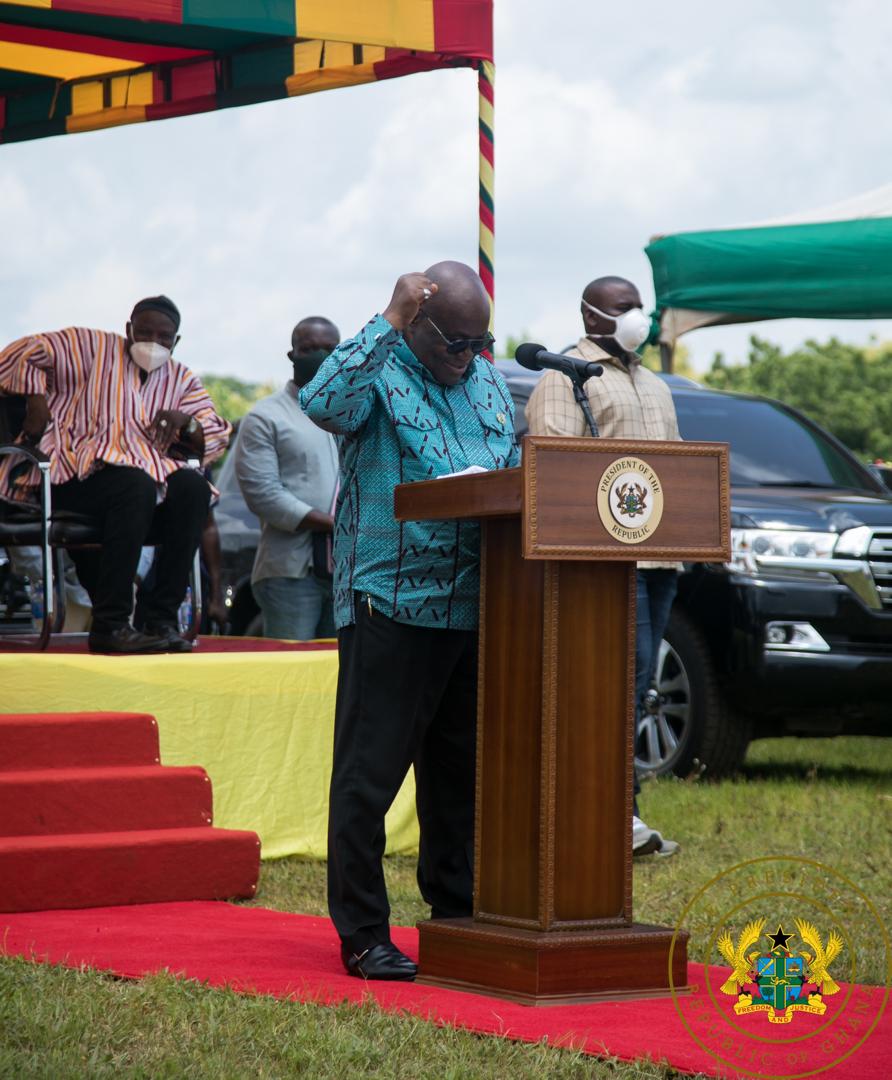 “We continue to wage war against, and intensify our resolve to curb the activities of illegal miners (galamseyers), sand winning and farming along the banks of our water bodies, which lead to their pollution,” he added.

Thanking the Indian Government and Prime Minister Narendra Modi, through the Indian Exim Bank, for making available the financing for the Yendi Water Supply Project, whose impact, upon completion, will be immense for the people of Yendi and its surrounding towns, he said it is a “good testimony of the strong bonds of co-operation and collaboration that exist between our two countries. Long may it continue.”

He urged the contractor, Messrs. WAPCOS Ltd of India, to complete this project on schedule, and help deliver potable water to the beneficiary towns and communities. 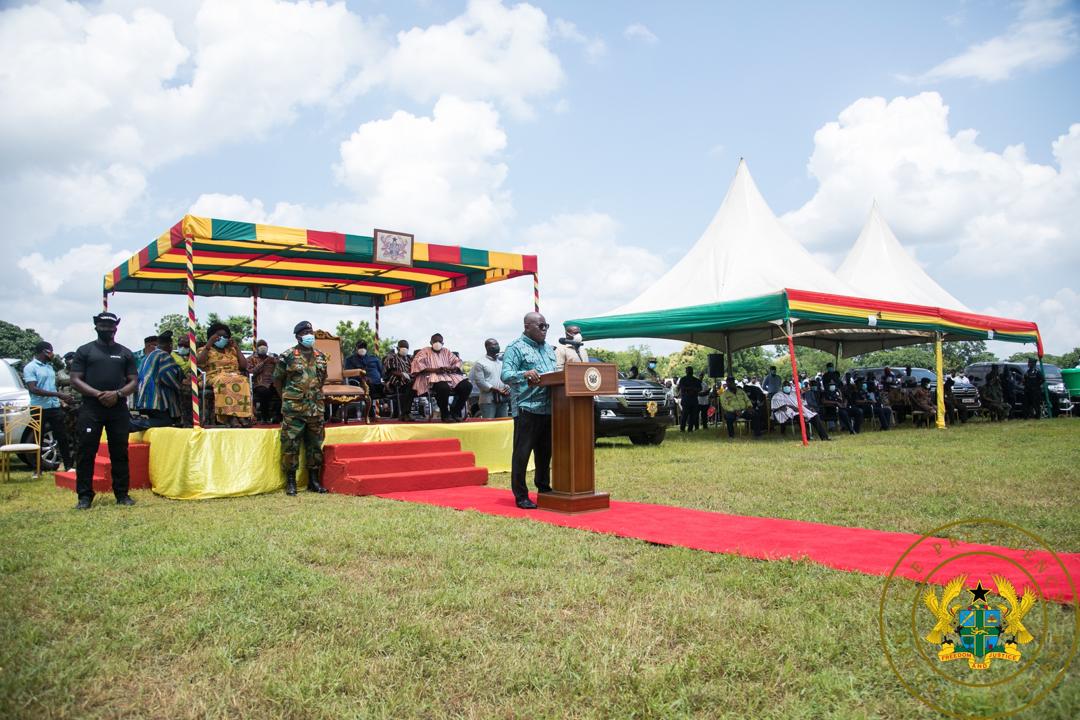 Concluding, the President thanked the Yaa-Na “for the gracious gesture and honour of conferring the chieftaincy title, Dagbon Malti Naa Abudani I, on me, and I promise you that I will do my best to live up to the title.” 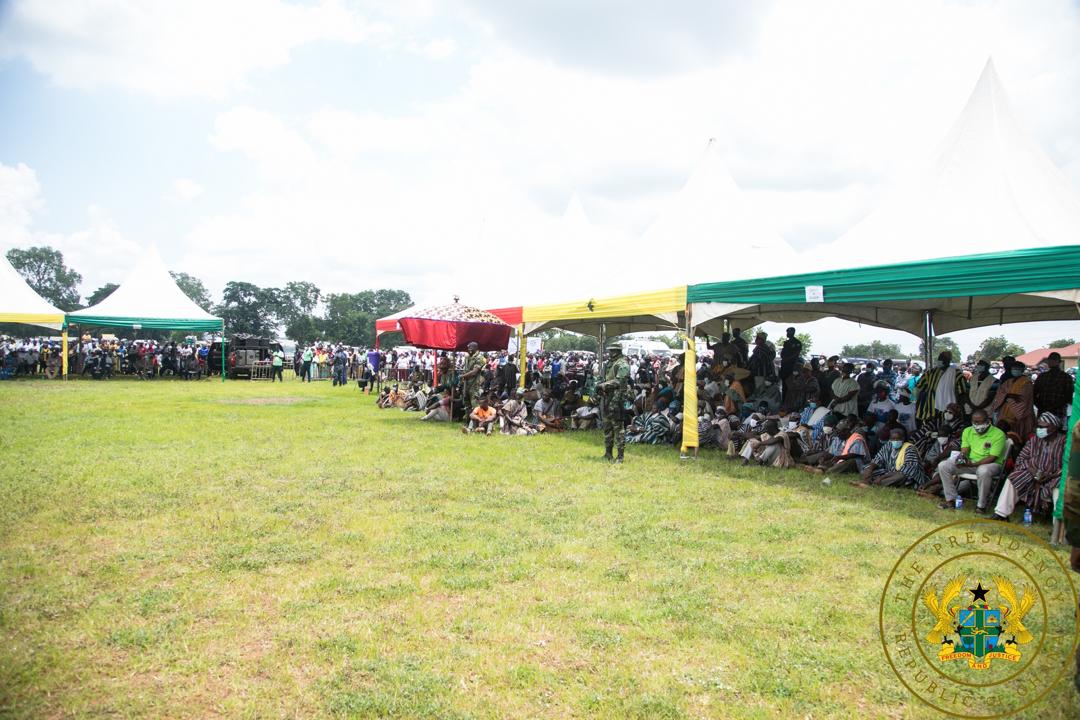