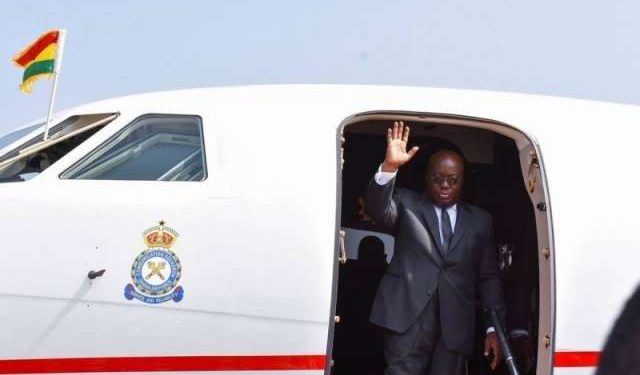 Akufo-Addo is embarking on the trip at the request of the Chairperson of the Economic Community of West African States, His Excellency Mahamadou Issoufou, President of the Republic of Niger.

Ghana’s President is among other ECOWAS leaders who have been assembled by President Issoufou Mahamadou to help in the mediation process.

The President was accompanied by the Minister for Foreign Affairs, Shirley Ayorkor Botchway, MP; and officials of the Presidency and Foreign Ministry, according to a statement from the Presidency.

“The President will return to Ghana later on Thursday, and in his absence, the Vice President, Alhaji Dr Mahamudu Bawumia, shall, in accordance with Article 60(8) of the Constitution, act in his stead,” the statement added.

The President of Mali, Ibrahim Boubacar Keïta, and the opposition June 5 Movement have for weeks been locked in a political standoff.

The tensions culminated in violent clashes earlier in July leading to 11 deaths.

Opposition groups in Mali have been calling for President Keïta to stand down because of his handling of the economy, corruption and the country’s eight-year-long conflict with insurgents.

Last week protesters in Mali forced the state broadcaster off the air during large demonstrations in the capital Bamako.

Police had to fire shots and use tear gas to disperse the demonstrators, some of whom were trying to break into the national assembly.

The most recent regional intervention included the deployment of a former Nigerian president, Goodluck Jonathan, who met all parties involved.

The earlier mediation mission from the ECOWAS ended on Sunday after failing to resolve the impasse.

ECOWAS issued a list of reform proposals, but the opposition rejected the proposals, saying they did not address its main demand that the President resign.