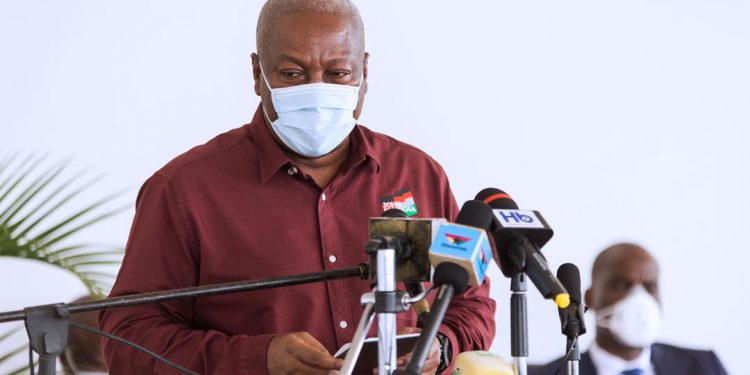 The AWLO in a press statement said the decision by the former President will help “deconstruct normative practices in the political arena”.

“The founder and the entire leadership of the African Women in Leadership Organisation (AWLO)
wish to express our commendation for a novel and giant stride just taken by Your Excellency.”

“As advocates and campaigners in the gender parity field, we understand and appreciate the
resonance of this decision to deconstruct normative practices in the political arena, in such a
context as Africa, by taking along with you a woman of timbre in the personality of Professor
Jane Naana Opoku-Agyeman.”

The Organisation further said the John Mahama and Jane Naana Opoku-Agyemang present a greater hope of democratic dividends to Ghanaians.

“We believe, with your previous experience as former President and a working synergy with Professor Opoku-Agyemang, the people of Ghana have a greater hope of democratic dividends across all possible divides and demographics. Much more, womenfolk in Ghana, West Africa, Africa, and the globe will find this innovative step of your highly commendable and valued, just as we presently do at the African Women in Leadership Organisation.”

In a related development, the African Women Lawyers Association (AWLA) has congratulated Professor Naana Jane Opoku–Agyemang on her nomination as the running mate to the flagbearer of the NDC John Dramani Mahama.

The Association in a press statement on Tuesday, July 7, 2020, described the nomination and subsequent acceptance as heartwarming.

“The African Women Lawyers Association (AWLA) wishes to congratulate Professor Naana Jane Opoku– Agyemang on her nomination and acceptance as the Vice-Presidential Candidate of the National Democratic Congress.”

“Indeed, her nomination and acceptance of this respectable position is heartwarming news to AWLA, which prides its role at the forefront of gender advocacy and empowerment and has always stood for the inclusion of women at the highest level of decision-making, especially in politics. Women’s participation in politics helps advance gender equality and impacts positively on the development and implementation of a range of policy prescriptions.”

Below is the African Women in Leadership Organisation press release 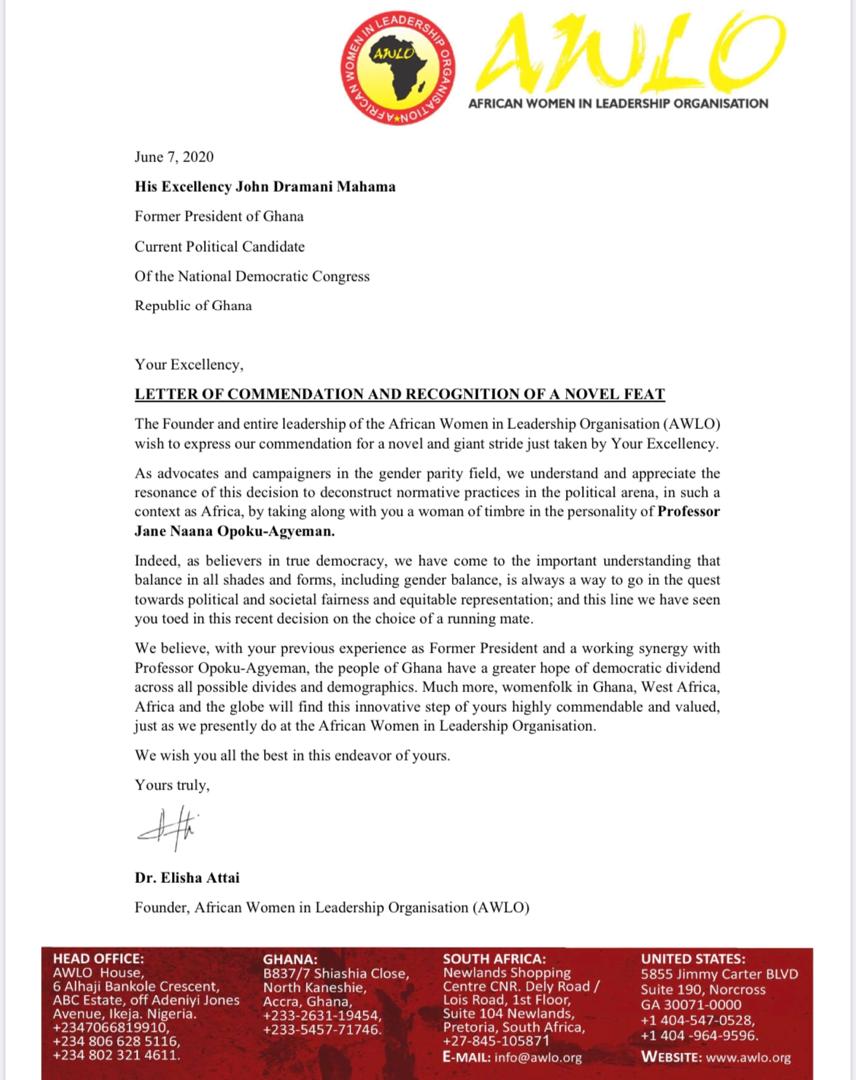 Jean Mensa has not tested positive for COVID-19 - EC