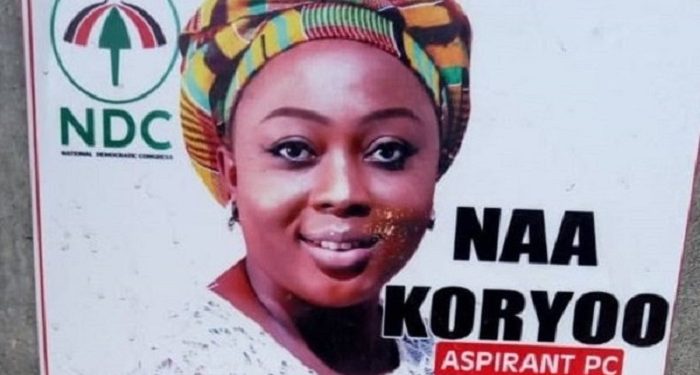 The National Democratic Congress’ (NDC) parliamentary candidate for Awutu Senya East in the Central Region, Phyllis Naa Koryoo Okunor has disputed allegations of her involvement in last Monday’s altercation that occurred at a registration centre.

According to her, claims that she bused outsiders into the constituency to register are false.

She insists the actions of the incumbent Member of Parliament who doubles as the Minister of Special Development Initiative, Mavis Hawa Koomson is a clear sign of desperation.

Speaking in an interview on the Citi Breakfast Show on Tuesday, Naa Koryoo disclosed that her contender fears losing the seat in the December 7 polls hence her actions.

“I was at home when I heard three gunshots so I stepped out of the house to check out what was happening and I saw smoke coming out from the registration centre. The centre is not far from my home so I called my executives to brief me on what was happening. And they told me that Hawa was there. I called the District and Divisional Police command to come to the scene. When they got there, they informed me and I also went there. It was after that I got the true narration from the videos that were sent to me.”

“Hawa got to the scene with her team, but she met some parked motorbikes there and she said, she needed space to move. But one man said one of the bikes belonged to an agent who was inside the registration centre. But one of the guys in Hawa’s car got down and used pepper spray on them and pushed the motorbikes into a bush close by and set fire into it. I wouldn’t say they fired warning shots, they were firing shots. One of the bullets went to a house nearby”, she added.

Already, the office of the Member of Parliament for Awutu Senya East in the Central Region, Mavis Hawa Koomson had said the opposition National Democratic Congress is to blame for the altercation which led to the disturbances at the Steps to Christ registration centre.

But reacting to these concerns, Naa Koryoo maintained that the accusations are unsubstantiated.

“I was at the Universal polling station because there were some scuffles and complaints there. I met Hawa there, I greeted her and we exchanged pleasantries.  She made her boys raid a shop there because she claimed there was some registration exercise going on there. The registration at that shop which is a new centre had not even started but she raided the shop and took all the documents there. I moved back to my house to get food for my agents, but I suspect she was following me thinking I was going to set spies. If I were moving with the motor guys, will they have been at the Step to Christ registration centre?”

She rather blamed Hawa Koomson for presiding over many acts of violence that have characterized the registration exercise in the Constituency.

“Naa Koryoo will not bus anybody from any constituent whatsoever to register in Kasoa. The people of Koasoa have already spoken. They know what is good and bad. They know that for the eight years, there hasn’t been any development from the NPP government and Hawa Koomson. So if we are discussing these issues, let us all campaign on our policies and developments or what we are bringing on board.”

Meanwhile, the Central Regional Command says it has started processes to invite the Member of Parliament for the Awutu Senya East Constituency, Mavis Hawa Koomson for questioning after she confessed firing a gunshot at the registration centre.