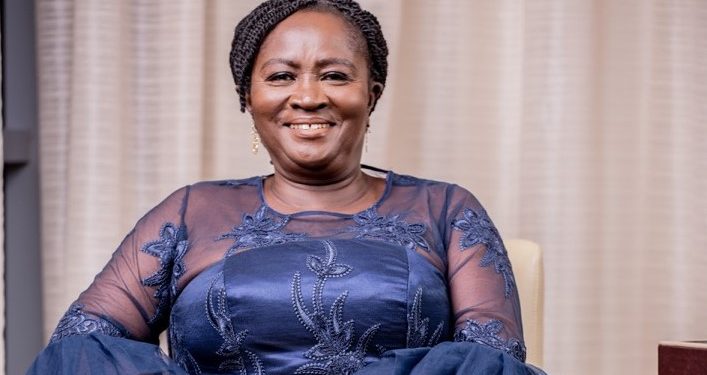 The recent nomination of Professor Naana Jane Opoku-Agyemang as the running mate of former President John Dramani Mahama of the National Democratic Congress (NDC) has unsurprisingly elicited an interesting debate about women’s participation in politics in Ghana.

Whilst some have welcomed it as a momentous landmark for women empowerment, others are also sceptical about whether her nomination would make any real difference in the fortunes of the NDC, going into election 2020 in December.

To put the issue into perspective, it is important to mention that this is not the first time a woman has made it to this level. As a matter of fact, in the 2016 elections former First Lady Nana Konadu Agyemang-Rawlings, arguably the country’s most iconic gender activist in the last forty years, ran for president on the ticket of the National Democratic Party (NDP). On that occasion, not much excitement was generated by her candidature because the NDP found itself outside the radius of all political pollsters and analysts. And to be fair, even though some people dismiss her with a comical wave of hand, Madam Akua Donkor was also elected presidential candidate by her party, the Ghana Freedom Party (GFP), in 2015 albeit she was disqualified from the race in the end.

The question then is, what makes the nomination of Professor Opoku-Agyemang so special to have generated so much political commentary? Could it be because the NDC is the biggest opposition party and has a track record of forming a government in the Fourth Republic or the pedigree of the professor or both?

So, let us get to know Professor Opoku-Agyemang. She was born on 22nd November 1951 in Cape Coast. She attended Anglican Girls’ Secondary School at Koforidua and Aburi Presbyterian Girls’ School. She then had her secondary education at the Wesley Girls High School in Cape Coast from 1964 to 1971. She completed B.Ed.(Hons) in English and French at the University of Cape Coast in 1977 and obtained her Masters and Doctorate degrees from York University in Toronto, Ontario, Canada in 1980 and 1986 respectively.

Professor Opoku-Agyemang taught and worked at the University of Cape Coast, starting in 1986. From 1997, she held the position of Academic Director of the School for International Training in the History and Cultures of the African Diaspora. She held various academic positions including Head of the Department of English, Dean of the Faculty of Arts, Warden of Adehye Hall, Valco Trust Fund Post-Graduate Hostel, and Dean of School of Graduate Studies and Research.

In March 2007, Professor Opoku-Agyemang was one of five scholars selected to deliver presentations during the 200th Anniversary of the Abolition of Slavery at the United Nations Headquarters in New York City. From 2008-2012, she became the first female to be appointed Vice-Chancellor of a public university, the University of Cape Coast. In October 2009, she was elected Ghana’s representative to the Executive Board of the United Nations Educational, Scientific and Cultural Organisation (UNESCO). Ahead of the 2012 general elections, she moderated the presidential debate with Hon. Kojo Oppong-Nkrumah, current Minister of Information (who was then a broadcast journalist with the Multimedia Group). Subsequently, she was appointed Minister of Education between 2013 and January 2017 during the administration of former President Mahama.

After she left office, following the defeat of the NDC in the 2016 general elections, she was appointed Chancellor of the Women’s University in Africa (Zimbabwe) in October 2018. To her credit, she has served on many local and international boards and committees including Centre for Democratic Governance, Editorial Board of The Harriet Tubman Series on the African Diaspora (Africa World Press Inc. USA), the Africa Initiative in Canada, and the College of Physicians and Surgeons as Eminent Citizen.

Her sterling performance bagged her enviable national and international awards and recognitions. She has been honoured with honorary degrees from the University of West Indies and Winston-Salem University. She has also received an award for Global leadership from the University of South Florida in Tampa. In addition, she has been acknowledged for Outstanding Performance in Advancing International Education, School for International Training, Vermont, USA on two occasions.

To crown it all, she is also a proud recipient of the Officer of the Order of the Volta Award (the highest national award in Ghana) for Academic Distinction. Thus, with such pedigree, many analysts believe that her nomination is far from being a symbolism for gender tokenism.

Challenges of Women in Politics

Achieving equality and equity for all citizens particularly, women, has become topical in contemporary debates in global politics. These issues progressively gained dominance after the Beijing Conference (1995) which elevated the discourse to include women due to their low representation in political circles. Policy frameworks such as the Convention on the Elimination of all Forms of Discrimination against Women (CEDAW, 1979) and the Beijing Platform of Action (1995) gave credence to women’s participation in both decisions making as well as increasing their representation in political power structures which is dominated by their male counterparts.

However, regardless of all these efforts to promote women and enable them to participate in political governance women still grapple with the reality of having such dreams fulfilled. This is because there are those who believe that women do not deserve such prestigious offices as they are deemed fit for the kitchen rather than the political arena where decisions are made. Little wonder global statistics indicate women account for less than 10 percent in active politics.

In 1992, during the very first European Summit on Women in Decision-Making in Athens, it was declared that “women represent half the potential talents and skills of humanity and their under-representation in decision-making is a loss for society as a whole.” Male patriarchy is one of the hurdles women face in politics. This discrimination is not limited to political circles but cuts across other important institutions.

In many countries such as Ghana, strong patriarchal systems remain in place relegating women to the roles of the home and kitchen as mothers and wives; making it difficult for women to break into the elite class. Gender stratification is unfavourable towards women; making them unpopular candidates for political office regardless of their qualifications.

There is also the issue of political backlash. Indeed, women are also deterred from doing politics aside the patriarchal nature of it simply because of the fact that women who put themselves up for public positions tend to receive heavy backlash in the form of accusations of sexual impropriety. This more often than not turn many of them away from engaging in politics. The few courageous women who engage in politics are scrutinized in areas like; a sense of fashion, physical appearance, marital status and their private life.

Hillary Clinton was no exception when she ran for the highest office in the United States of America. In her book, “What Happened”, released in September 2017, she wrote: “It’s not customary to have women lead or even to engage in the rough-and-tumble of politics. It’s not normal — not yet. So, when it happens, it often doesn’t feel quite right. That may sound vague, but it’s potent. People cast their votes based on feelings like that all the time.”

In spite of all the biases and discrimination against women, they still strive to break the glass ceiling that limits their progress. Women who have made indelible marks in leadership include the likes of Margaret Thatcher who was the longest continuous serving Prime Minister of the United Kingdom for 11 years and recorded some sterling achievements. It is on record that by the end of the Thatcher era, unemployment reduced significantly. It is also worth mentioning Angela Dorothea Merkel, a scientist, who has been Chancellor of the Federal Republic of Germany since 2005. She is today a respected world leader, a pivotal democratic figure, who has adeptly shaped German foreign policy and contributed significantly to the European Union (EU).

Another prominent female personality who made a significant impact in international politics was Benazir Bhutto, a Pakistani politician who served as Prime Minister of Pakistan from 1988 to 1990 and again from 1993 to 1996. She was the first woman to head a democratic government in a Muslim majority nation. Also, at age 37, Jacinta Arden became the world’s youngest female Head of Government and Prime Minister of New Zealand. In March 2019, she skillfully led the country through the aftermath of the Christchurch mosque shootings, rapidly introducing strict gun laws in response. Since the outbreak of COVID-19, she has received praise for handling the pandemic in New Zealand with so much dexterity.

In Africa, Ellen Johnson-Sirleaf of Liberia was the first woman to be elected as president of her country and also the first woman elected in June 2016 as Chairperson of the Economic Community of West African States (ECOWAS). One of her unforgettable achievements was the reduction of the country’s national debt which stood at an approximately US$4.9 billion in 2006. The United States became the first country to grant debt relief to Liberia, waiving the full $391 million owed to it by Liberia in early 2007. In September of that year, the G-8 headed by Chancellor Merkel provided $324.5 million to pay off 60% of Liberia’s debt to the International Monetary Fund (IMF), crediting their decision to the macroeconomic policies pursued by the Sirleaf administration. Through her efforts she brought women into the peacekeeping process, this achievement won her the Nobel Peace Prize in 2011.

Professor Opoku Agyemang’s nomination marks an important milestone in the annals of Ghana. it is novel in Ghana’s political history, particularly under this Fourth Republic by a major political party. It deepens our democracy as an all-inclusive governance system, giving women the hope that there is finally a representative of them on what has been known as the table of men for all these years. It surely indicates that, finally, our society is beginning to acknowledge the qualities women possess.

I hope Ghanaians would render their support not just for her, but to all women who would be contesting in the December 2020 general elections. I congratulate Prof Naana Jane Opoku-Agyemang. She has exhibited that indeed, she defied the odds in achieving excellence. The credentials of the distinguished professor show that she is not just a token, but rather a woman who qualifies for the position she has been nominated for. It is my hope that she would receive support and encouragement from women groups as she shatters the glass ceiling to set the pace for young women, going into the future.