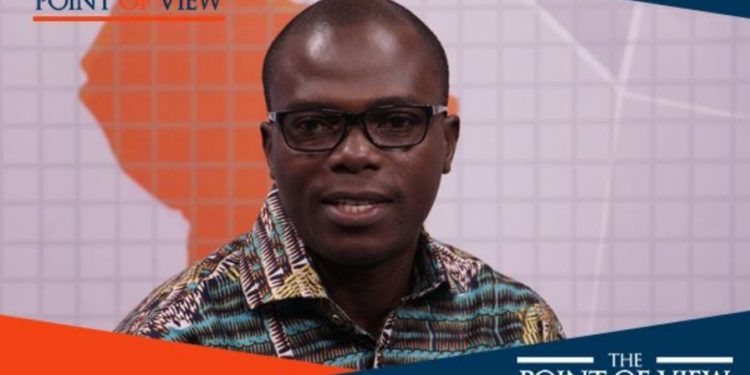 The Media Foundation for West Africa (MFWA) says the Communications Ministry does not have the mandate to direct the Ghana Broadcasting Corporation (GBC) to shut down any of its broadcasting channels.

Executive Director of the MFWA, Sulemana Braimah on the Citi Breakfast Show said the National Media Communication (NMC) is the only institution mandated to ensure the running of the state broadcaster.

According to Mr. Braimah, the 1992 Constitution does not allow the GBC to be subjected to governmental control and it is the responsibility of the NMC to protect the Corporation.

“I think it is important that we make the point that we are not just talking about the channels because these are not idle channels that are lying down and the GBC deciding that we will use them but these are content channels. These are also channels that are broadcasting 24/7. So if you ask GBC to shut down these channels, what it means is that, you are actually asking GBC to shut a certain part of their contents. Now, we all do know that when it comes to matters of the GBC as a state broadcaster, the Constitution makes it clear that there shall be no governmental interference and the body that is mandated to ensure that GBC is insulated from governmental control is the National Media Commission.”

“So it is surprising the Communications Minister will write directly to GBC with a directive and secondly, this letter does not even copy the National Media Commission. If anything at all, even though it would have been wrong, one would have expected that the Minister would have written to the Commission that, this is the situation we have and we want a certain decision taken by GBC and so we are writing to you to use your processes and channels to ensure that this is done. That was not done and even the NMC wasn’t copied which is quite surprising,” he said.

The Minister for Communication, Ursula Owusu-Ekuful in a June 26 letter directed the GBC to reduce its channels from six to three.

Mrs. Owusu-Ekuful defended the order to GBC noting that it had become unsustainable for the government to be covering the cost of GBC’s channels on the National Digital Terrestrial Television platform.

“If we are going to hand that cost completely to the broadcasting channels at this time when there is a general business slowdown… we will have a problem because, on the basis of the figures I have seen, you will be unable to pay for the cost of hosting the platform,” she explained.

The Minority in Parliament, however, lambasted the Communications Minister over the decision.

It said the request from the Communications Ministry was unlawful because it did not have the remit to take such a decision.

GBC writes to NMC to help after request to reduce channels

GBC has subsequently written to the NMC for urgent help after it was asked to reduce its channels from six to three by the Communications Ministry.

The directive “will virtually mean that GBC will have to reduce its operations by half,” the Corporation noted in a letter to the Commission.

According to the GBC, a reduction in channels could lead to “serious budgetary and human resource challenges… and indeed can collapse the Public Service Broadcaster,” it warned further

“It is with these implications in mind that the Board of Directors has instructed me to communicate this to the National Media Commission and request your urgent intervention on behalf of GBC.”

GBC has not been asked to shut down channels - Oppong Nkrumah