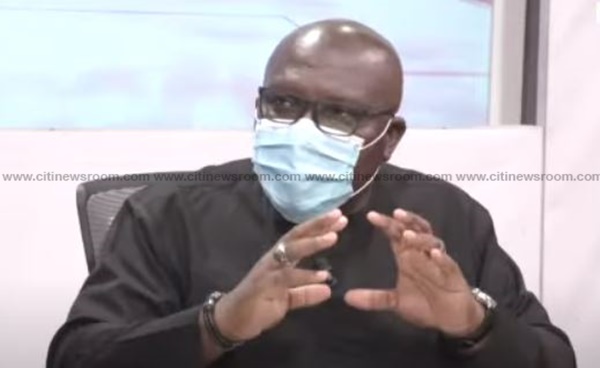 Member of Parliament (MP) for Mpraeso, Seth Kwame Acheampong has criticized the Auditor-General’s posturing over the directive for him to proceed on accumulated annual leave.

Mr. Acheampong said he expected the Auditor-General, Daniel Yao Domelevo to rather adopt a more decent approach to have his concerns addressed than his unnecessary bickering.

“I expected that as a senior public officer, he should have found a decent way, but this back and forth and expositions and then impugning why he has been written to colours the entire exercise. Civil servants in this country must know better, that is the only way we can develop this country. For me, we need to up the game. This battle by Mr. Domelevo is needless. It is not taking Ghana anywhere. He is not helping himself,” he said.

Mr. Acheampong indicated that although Mr. Domelevo has made some significant strides since his assumption of office, he wants the Auditor-General to desist from comments which suggest that the governing New Patriotic Party (NPP) is scheming to remove him from office.

He thus urged Mr. Domelevo to comply with the directive in the collective interest of the state.

“I am not saying Mr. Domelevo has not done anything in office stewardship, but his conduct in response to the action is what I am questioning. I can never for a second say he has not done anything for the office he occupies. If you know that you are supposed to take your leave and you won’t take it; you are an auditor who brings out the deeds of public officers who don’t take leaves to cover up things. You know that the principle of leave is critical and crucial. They said take your leave, just take your leave and sit back and leave us. But why do you come to that arena of naming and blaming and saying that you are being targeted? As for the path he is charting, I am afraid for him.”

The Mpraeso MP made the remark on Citi FM/TV current affairs programme, The Big Issue over the weekend.

Daniel Domelevo, wrote to the Presidency urging President Akufo-Addo to reconsider the directive to proceed on his accumulated leave because to him, it breaches the labour law and is unconstitutional.

This was after he was ordered to proceed on his accumulated annual leave of 123 working days.

But the Office of the President responded, saying the claim by the Auditor-General was misleading.

The Presidency insisted that the directive to Mr. Domelevo was apt and thus extended the leave period by 44 days to cater for the year 2020, increasing his total leave period from 123 to 167 working days.

“It is necessary to correct the wrong impression you have sought to create in the public domain regarding the President’s directive to you to proceed on your accumulated annual leave. The President has at all times acted based on sound legal principles, the rule of law, and good governance practices, and the good people of Ghana will not be misled by your lack of understanding of the position of law, for which you may be forgiven since you are not a lawyer,” a letter from the Presidency said.