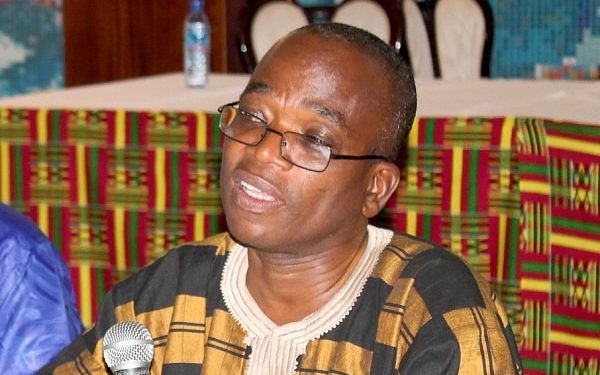 The Chairman of the National Media Commission, Yaw Boadu-Ayeboafoh, is advocating for the public management of the Digital Terrestrial Television (DTT) platform.

Speaking on the Citi Breakfast Show, Mr. Boadu-Ayeboafoh suggested that the managers of the platform be selected by the NMC.

The DTT platform is currently managed by KNET, a private firm which has been under contract since 2015.

He argued that this suggestion was in line with the mandate of the NMC.

“For as long as it is media and it is funded by public funds, our position is that it is the National Media Commission that must appoint the Chief Executive and the Board of Directors to manage the DTT platform.”

Mr. Boadu-Ayeboafoh was speaking after the (NMC) prevented the Ministry of Communications from limiting the channels of the Ghana Broadcasting Corporation (GBC) and Crystal TV on the DTT platform following a petition from GBC on the matter.

He maintained that the NMC’s action was in line with its constitutional mandate, per Article 167, “to insulate the state-owned media from governmental control.”

President Akufo-Addo subsequently directed the Minister for Communications, Ursula Owusu-Ekuful, to suspend her directive to the GBC.

In Mr. Boadu-Ayeboafoh’s view, the June 26 request to the GBC from the Minister for Communications to reduce its channels necessitated NMC’s intervention.

The Minister was worried about redundancies on the DDT platform and unsustainable costs.

The DTT platform currently has the capacity for 40 channels, which has been used up.

The NMC is generally viewed as having oversight over content standards but Mr. Boadu-Ayeboafoh stressed that “the responsibility of the National Media Commission, when it comes to the state-owned media, is beyond content.”

“The Minister’s action is based on the fact that she was a Minister of State. If she were not a Minister of State, she could not have done what she did. She is not acting on her personal behalf. She is acting in the name of the government.”

Use legal means to address issues at registration centres – FOSDA to NPP, NDC

Use legal means to address issues at registration centres - FOSDA to NPP, NDC