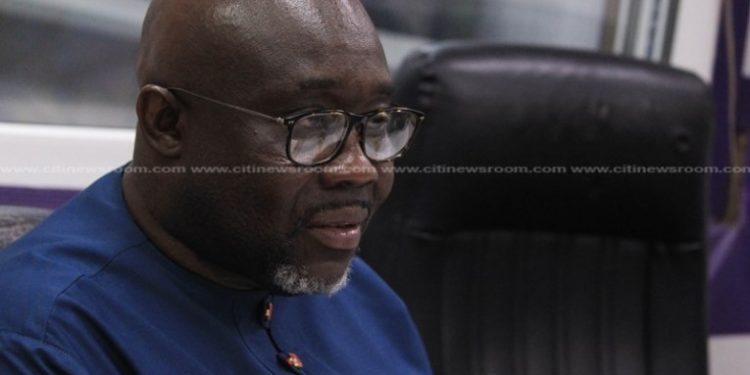 The Awutu Senya West Member of Parliament (MP), George Nenyi Andah says reports by some media houses depicting him to be in possession of a weapon at a voters’ registration centre are untrue.

An image of Mr. Andah wielding a gun has been circulating on social media since Tuesday. 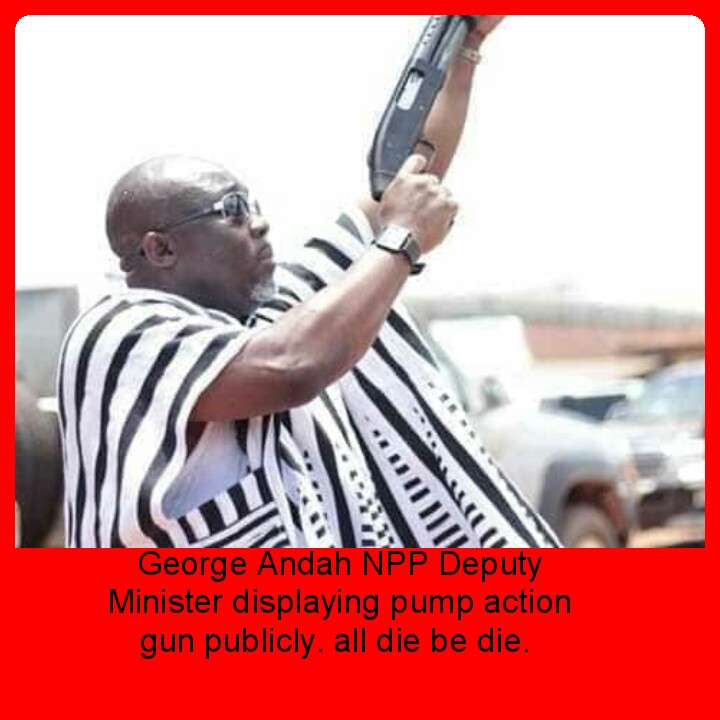 Publications by some media houses indicated that the image was taken during the ongoing voters’ registration exercise, with the MP threatening to shoot any supporter of the opposition National Democratic Congress (NPP).

But in a statement to debunk these claims, George Andah explained that “the image in question was taken some two years ago at Akyem Asuom in the Eastern Region when Ursula Owusu-Ekuful was enstooled as Development Queen”.

He further insisted that during such traditional ceremonies, “commemorative gunshots are fired into the air by some participants” of which he was “given the privilege as a traditional musketeer at the ceremony”.

On this note, the Awutu Senya West MP denied all reports associated with the image, describing them as “a series of calculated, false and misleading publications”.

He also demanded an apology from the media platforms and individuals who were engaged in spreading the news.

“I call on NDC TV, The Independent Ghana, My Africa Today, ReportGhana and all well-meaning news portals who have been misled into publishing this falsehood to apologize and retract the publication,” he stated. 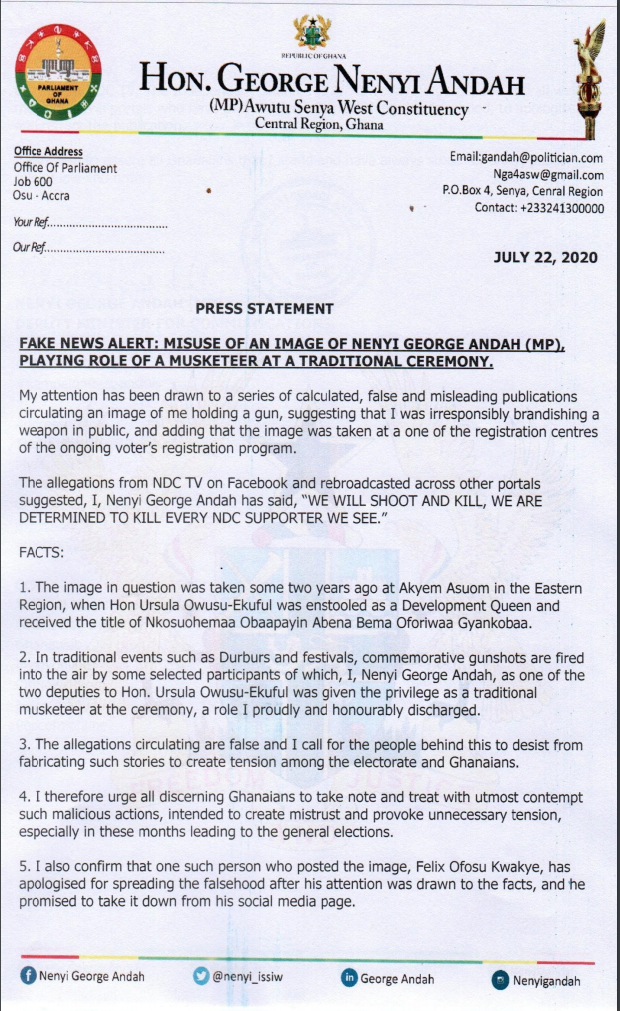 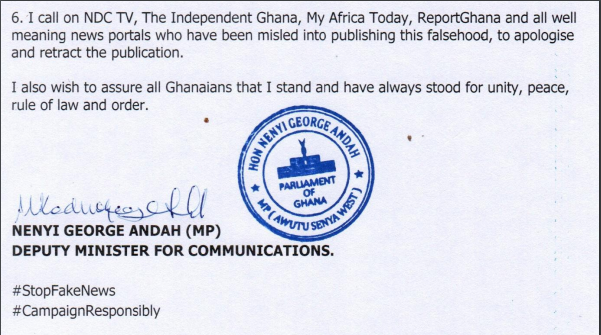