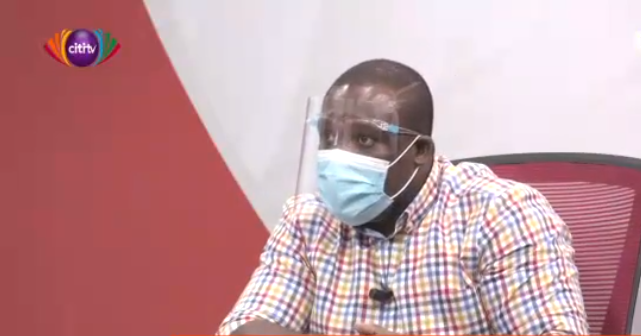 Member of Parliament (MP) for Ningo Prampram, Sam Nartey George believes the government was untruthful to Ghanaians on the exact number of security personnel deployed to border towns in the country.

He insists that although personnel from other security agencies such as National Security, Bureau of National Security among others, were part of the recent deployment, only figures on military personnel were accounted for by the government.

“It is unfortunate where we find ourselves that you have a government that is not candid, truthful, and doesn’t speak to the facts. At the time that we held our press conference on Monday, there were deployments in four regions; Upper East, Upper West, Oti and Volta with a chunk of them being in the Volta and Oti. Arguably, these regions are known to be strongholds of the NDC. The President and the Defence Minister have lied. Dominic Nitiwul did the meet-the- press on the same day. He lied. I’m putting it on record that he lied to Ghanaians,” he stressed on The Big Issue.

Government deployed military personnel to the country’s border towns with the excuse that the deployment was to stop the importation of COVID-19 into the country.

But the opposition National Democratic Congress believes the deployment was to deter people in the party’s strongholds from coming out in their numbers to register in the ongoing voter registration exercise.

As a result, party members, including its flagbearer, John Dramani Mahama, have complained about the deployment, insisting that it was a ploy to disenfranchise a number of voters in their strongholds especially the Volta Region.

In an address to the nation on Monday, June 29, 2020, the President said the move is in the best interest of the country as it was done to prevent illegal immigrants into the country to stop the importation of COVID-19.

The Defence Minister has also explained that the government’s decision was in the collective interest of Ghanaians since there were over 250 unapproved routes in the country.

But Sam George said the President and his Minister have only mentioned the number of Armed Forces personnel to Ghanaians.

Giving reasons for his assertion, Mr. George insisted that, “The President of Ghana addressed the country and lied. The President and the Minister came and recited a set of numbers. It was a lie. Is it only men of the Ghana Armed Forces that have been deployed into those border regions? So why are they giving us only numbers from the Armed Forces? The numbers that the Minister mentioned are only numbers relative to the Ghana Armed Forces. Our complaint was about the deployment of security forces, not the army. You have the army, police, immigration, BNI, national security, defence intelligence were all deployed there.”

He continued, “So if men from six different institutions have been deployed to the Volta and Oti regions and we challenge you to it and you want to downplay it by coming to give us numbers of only one of the units of the security agencies, and claim that, that is the number of men so that when they tell you that there are only 23 men in the whole of Oti, it makes it look like the NDC is much ado about nothing. Whereas there may be 23 Ghana army men, but put together, the security men on the ground will be over 300.”