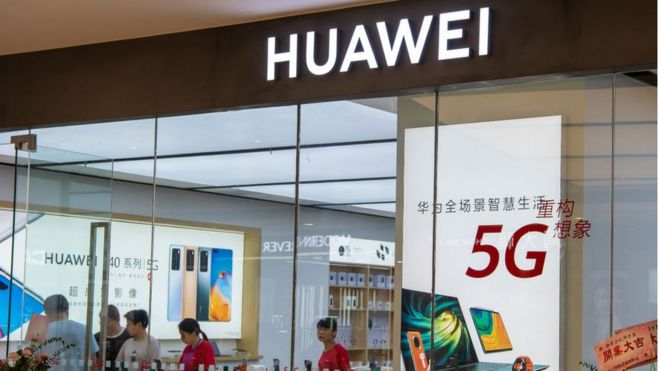 Chinese technology giant Huawei starts a four-day online event today focussing on how technology can be used in the fight against the coronavirus.

The “Better World Summit” will also explore how to boost the world economy in the wake of the pandemic.

Meanwhile, HSBC has issued a statement defending its cooperation with the US in a case against Huawei.

It came after Chinese state media accused the London-headquartered bank of “setting traps to ensnare” Huawei.

The event is being held against the backdrop of growing pressure on the company as tensions rise between Beijing and western governments.

On Friday, an article in China’s official People’s Daily newspaper said HSBC had “framed” Huawei and played a role in the arrest of the company’s finance chief Meng Wanzhou.

The following day, HSBC posted a statement on the Chinese social media platform WeChat which said it was not involved in Washington’s decision to investigate Huawei or arrest Ms Meng.

It also said “HSBC has no malice against Huawei, nor has it ‘framed’ Huawei”. In response, another Beijing-controlled newspaper, The Global Times, said: “Chinese observers called HSBC’s statement ‘not persuasive’ at all”.

Meanwhile, the US has been calling on members of the Five Eyes intelligence sharing alliance – which also includes the UK, Canada, Australia and New Zealand – to avoid Huawei kit.

Australia has barred Huawei from providing 5G technology for the country’s network.

Earlier this month, the British government banned the country’s mobile providers from buying new Huawei 5G equipment after the end of this year.

The companies were also told they must remove all of the Chinese firm’s 5G kit from their networks by 2027.

It follows sanctions imposed by the US government, which claims Huawei poses a national security threat – something the company denies.

As early as this week a court in Canada will open a hearing into what evidence should be made public in proceedings on whether to extradite Ms Meng to America.