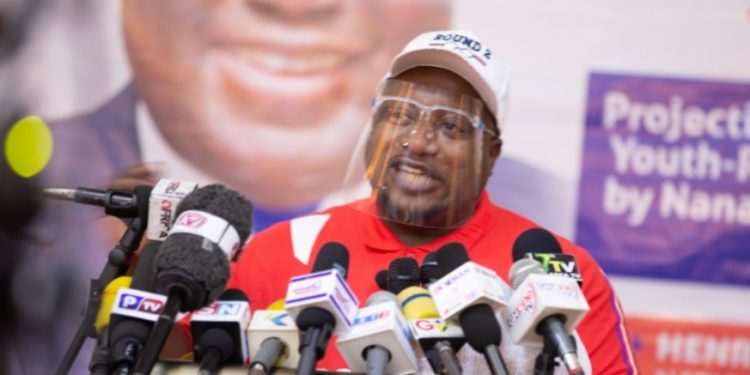 The National Youth Organizer of the governing New Patriotic Party (NPP), Henry Nana Boakye, popularly known as Nana B, has defended his decision to visit some Senior High Schools in the country despite a directive from the Ghana Education Service banning all such visits.

Nana Boakye has come under fire after a photo of him interacting with some SHS students went viral.

But speaking to journalists on the matter in Kumasi, Nana B denied any wrongdoing.

He insisted that he visited the schools to monitor the registration exercise being held in the various Senior High School.

He added that he was appropriately accredited to monitor the exercise by the Electoral Commission.

The Commission took the decision because SHS students are not allowed to go out of the premises of their schools.

The opposition National Democratic Congress insisted that the exercise was illegal since the senior high schools were not gazetted for the registration but the EC was adamant.