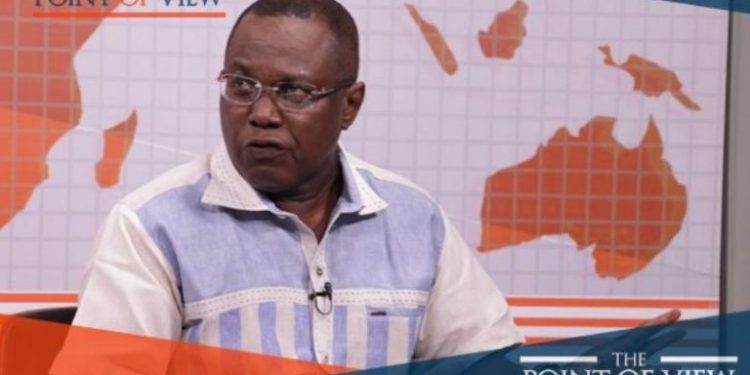 Some media reports had named Dr. Thompson as one of the likely candidates for the running mate position.

The Economist on Point Blank, however, clarified that he was not interested in being selected for the role.

“I believe I am qualified for the position, but at this point in time, I was not interested. I knew all those who were under consideration. They were all high calibre people. I have been working with some of them.”

Dr. Thompson also expressed his satisfaction with Mahama’s selection of former Education Minister, Jane Naana Opoku-Agyemang, saying “I was not disappointed because I was not under consideration of running for anything. To the contrary, I am actually excited about the ex-President’s choice.”

He further watered down suggestions that Jane Naana Opoku-Agyeman was no match for Vice President, Mahamudu Bawumia.

“First of all the Vice President is not an economic position and that is why the President chose someone who was a non-economist.”

The former President’s choice has been criticised by the New Patriotic Party (NPP).

According to the governing party, John Mahama’s decision to settle on Jane Naana Opoku-Agyemang is enough proof that he does not take the ordinary Ghanaian seriously.

At a press conference in Accra, Communications Director of the NPP, Yaw Buaben Asamoa said per the party’s observation, “we only conclude that the choice of Prof Jane Naana Opoku-Agyeman by Mr John Dramani Mahama is a clear indication that he does not take the Ghanaian electorate seriously”.

“But then as our own Vice President Dr Mahamudu Bawumia has famously said, it does not matter who the running mate is, if the main man himself is indecisive and incompetent, we still have a problem. It is our view that after having looked so long and wide, the NDC still has a problem,” he added.