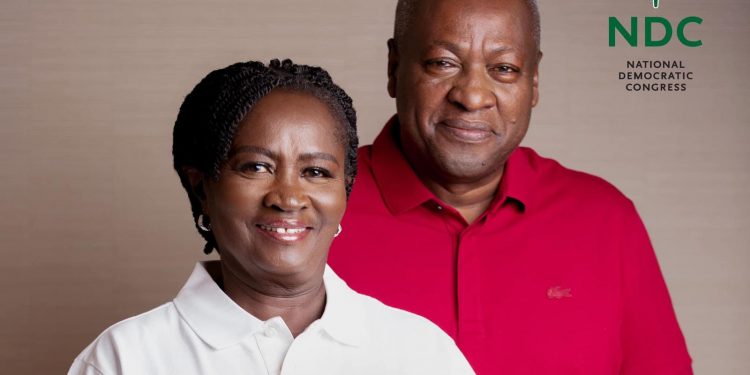 In 2019, President Nana Akuffo-Addo trended in an excerpt from a conference dubbed “Women Deliver” in Vancouver, Canada. In a debate on how male leaders can improve the representation of women in their countries, our president was taken on for his demeaning remarks that Ghanaian women weren’t dynamic enough and that accounts for the low representation of women in leadership. 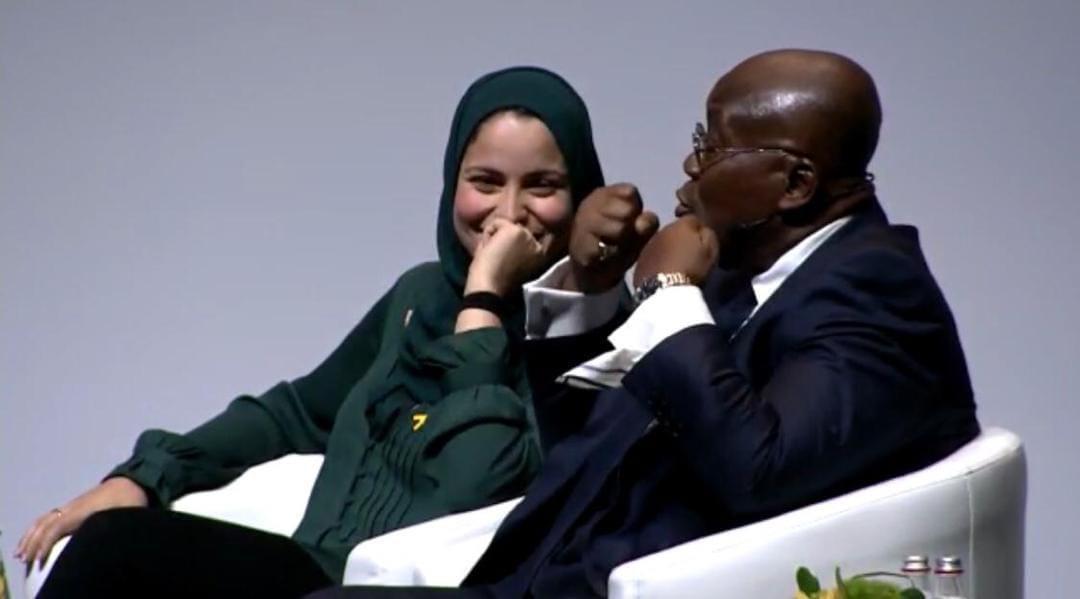 Part of the uproar from the new wave of Ghanaian feminism on social media had to do with the convenience in that statement of our president absolving himself of the responsibility he and his government possess in making deliberate and bold attempts to change the gender disparity in governance and leadership. Another unfortunate assertion in that statement is the perception that women are inherently weak or not bold enough to take up space. These are very intellectually dishonest claims for navigating the factors that account for women’s low representation in leadership.

It’s been 72 hours since the NDC and its flagbearer, John Dramani Mahama officially announced their Vice Presidential candidate in the person of Prof. Naana Jane Opoku-Agyemang. Since the announcement, we’ve witnessed bouts of discussions on Ghana’s reputable democracy and more importantly, the intersection between “Gender” and “Politics.”

Critical points raised so far have been Prof. Naana Jane Opoku-Agyemang’s records as former Education Minister under John Mahama’s first tenure as president and the value of Affirmative Action. In this article, I want to take us on a ride to navigate the significance and impact of Prof. Naana Opoku-Agyemang’s nomination and appointment, while highlighting the many factors that warrant Affirmative Action moves like this.

During a job interview a few years ago after my master’s degree, I was confident my academic and professional background made me an ideal candidate for the job. The face to face interview also went very well. But ask me why I was still a little jittery? My age!

I was 27 years old then and also a woman. After the interviewers and my potential employers scanned through my CV, they discovered my age. It was a shock to them because I apparently sounded “very mature” and “experienced.” All of a sudden, they started giving each other these strange looks and I could immediately see that they had a problem with my age. It did not take long for them to come out explicitly to inform me that they were concerned about my age because my subordinates were all significantly older than me and they wondered if I’d be able to navigate that giving our cultural and societal expectation for one to automatically defer and “submit” to older people and even men!

I did get the job, but navigating that role in that specific professional dynamic around my age was one of the toughest experiences I have had to endure. I couldn’t be assertive without coming off as rude and disrespectful; I couldn’t just give orders any how even though I was entitled to that privilege per my job description. Therefore, if I underperformed at that position, I’d lay every blame on this heavy psychological weight I carried as a young woman throughout that period.

When it comes to women and leadership, we shouldn’t underestimate how much our societal expectations of women impact our access to opportunities and even stifle our performance when given these opportunities.

Barely 72 hours of Prof. Naana Jane Opoku-Agyemang’s unveiling, we have already seen the usual “Where is her husband?” and “I don’t trust a woman divorcee to be a good leader” tirade. Basically, the surfacing of a specific cultural narrative that attaches a woman’s entire worth to a man and her marital status. This belief that a woman’s personal and domestic life is reflective of her potentials in professional settings is beyond me; that in 2020, we are still using marriage as a yardstick to measure women’s capabilities outside the home.

During the 2016 elections, we can recall how George Andah, a male aspiring MP from the NPP camp demanded from his female opponent, Hannah Tetteh from the NDC to produce her husband first, before contesting against him.

These expectations don’t work as weapons against men and in their pursuits. If we did a quick background check into the lives of our male politicians and leaders, we’ll discover that many are unmarried, divorced, married multiple times, and possess children outside wedlock. We will also discover that the moral standards we hold for women do not hold for men, because if they did, a lot of our male leaders should have been disqualified from office by now. Case in point, our very married Hon. Kan Dapaah, Minister of National Security, and his infamous video call with his “Side Chick.”

Aside these expectations, women are having to navigate a specific barrier fueled by the “Submission” theology that conditions women to be on automatic and perpetual relegation to men. The idea that women were created “for men” and to exist as “helpers to men” follows us outside the home into professional settings. As such, our society struggles with seeing women take initiative, be assertive and have male subordinates. It almost becomes an anomaly! The norm created in our homes and in domestic spaces that have men dominating women is difficult to deviate from outside the home.

Men don’t have to wear a different identity (leaders and heads) aside from what they possess at home when they are in professional settings. Meanwhile, you have the majority of women having to leave crucial aspects of their identities and personalities at the door before they enter their homes, in order to assume their “virtuous” and “submissive” wife images which have been interpreted as “docile,” “meek,” and non-threatening. Traditionally, men aren’t also saddled with domestic chores and nurturing responsibilities in the same way full-time working women are. Therefore in our society and several places around the world, women are more likely to quit their jobs or put the pursuit of higher education on hold in order to “focus on their families.”

Right from the brawn stage, girls are robbed of the confidence required to make demands, challenge the status quo, question and debate men and authority because these are normally character traits suppressed and condemned in women, while nurtured and welcomed in boys/men.

In addition to these barriers, women have to deal with historical gaps in education and economic/financial disparity, which are oftentimes crucial to pursuing leadership positions.

Therefore, this is where Affirmative Action and bold moves by men (who hold power and are the preferred candidates to assume leadership) come in. This is where they get to use their cultural privileges to create room for women and to bridge these gaps.

These are in no way “freebies” like many perceive it! For there are indeed as many qualified and equally (or arguably more) capable women as there are men, but when despite a woman’s enviable career exploits, we are rather fixated on her marital status and expressing discomfort at the mere audacity for a woman to want to explore her potentials outside the home, we will need a combined effort of changing systems, changing the narratives at play, AND men deliberating giving up certain opportunities for women.

When President Nana Addo goofed at the Vancouver conference, saying “not enough movement is being made by the 52% of the Ghanaian population that are women to be able to be in the position to make these decisions,” a female co-panelist, Alaa Murabit challenged him to find the Ghanaian women who are capable (because there are many!) and use his power to “Amplify” them.

For instance, at the moment, the world leaders perceived to be doing a remarkable job in managing the Covid-19 crises in their respective countries are all female! 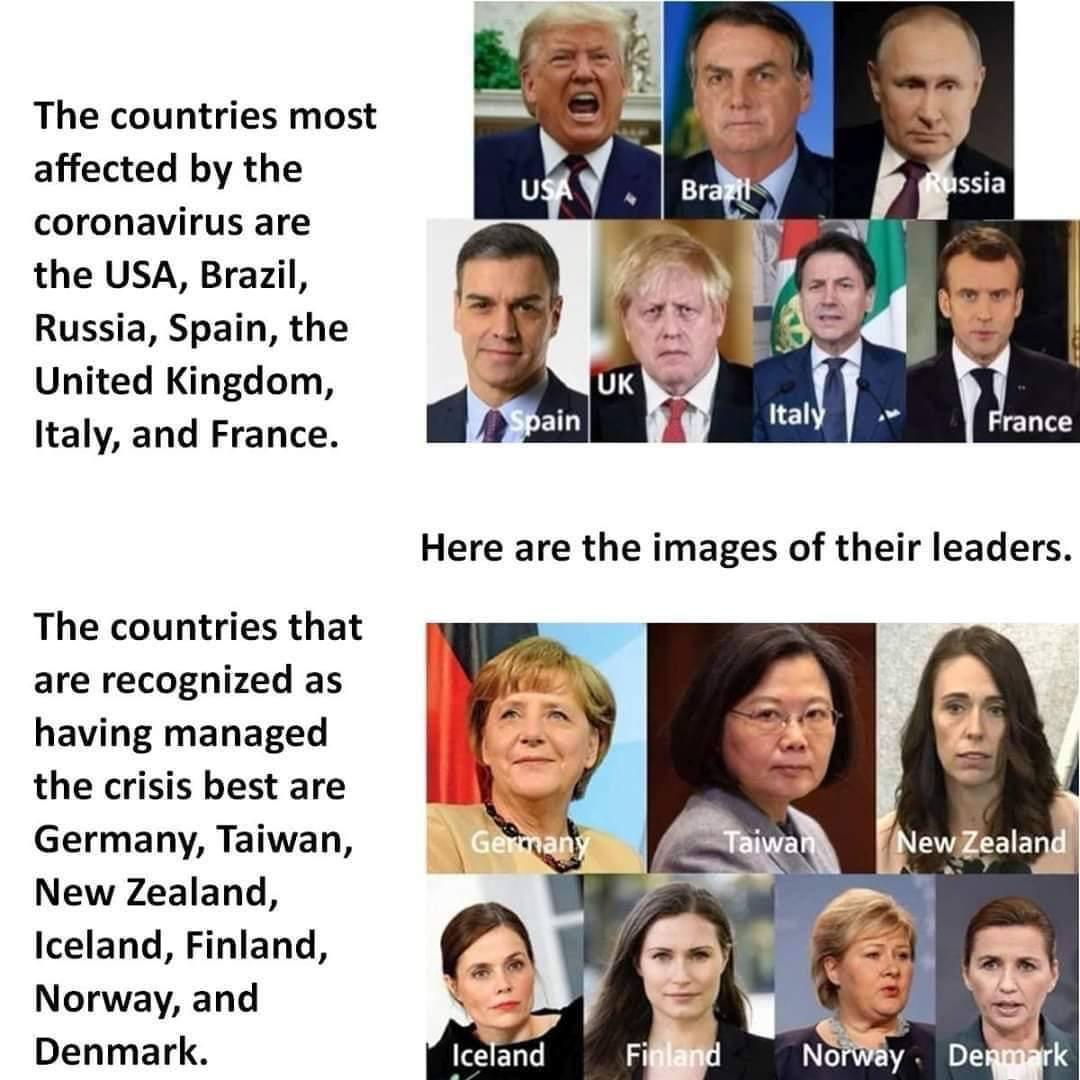 The ploy to downplay equity measures for inclusion as mere “tokenism” erases the reality of both physical and psychological barriers at play when it comes to equal representation of women in leadership. Even worse, it insults the many over-qualified women in existence. It is imperative for us to stop these minimization tactics and see it as a responsibility we have towards women who form more than half of the population and are therefore needed at the decision-making table.

Prof. Naana Opoku-Agyemang’s nomination should be celebrated and this bold move by the NDC applauded! Better in the room, than as voiceless peripheries without representation!

This move is evident of how relevant feminist issues are becoming in our society and proof that the impact of the new wave of Ghanaian feminism cannot be ignored.

This single move by the NDC has put GENDER on the AGENDA in significant ways and we couldn’t be more excited.