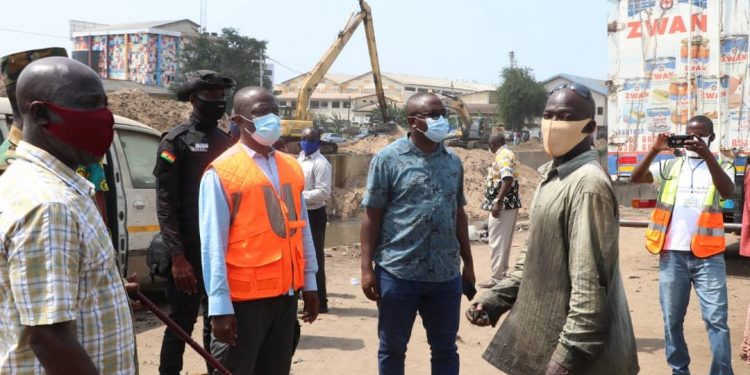 People living along the banks of the Odaw River, near the Kwame Nkrumah Interchange, have been given a 48-hour ultimatum to move their makeshift structures without delay or face eviction.

The directive, from the Accra Metropolitan Assembly (AMA), is to facilitate the ongoing dredging works in the Odaw by Dredge Masters Limited (DML), which project spans two years. 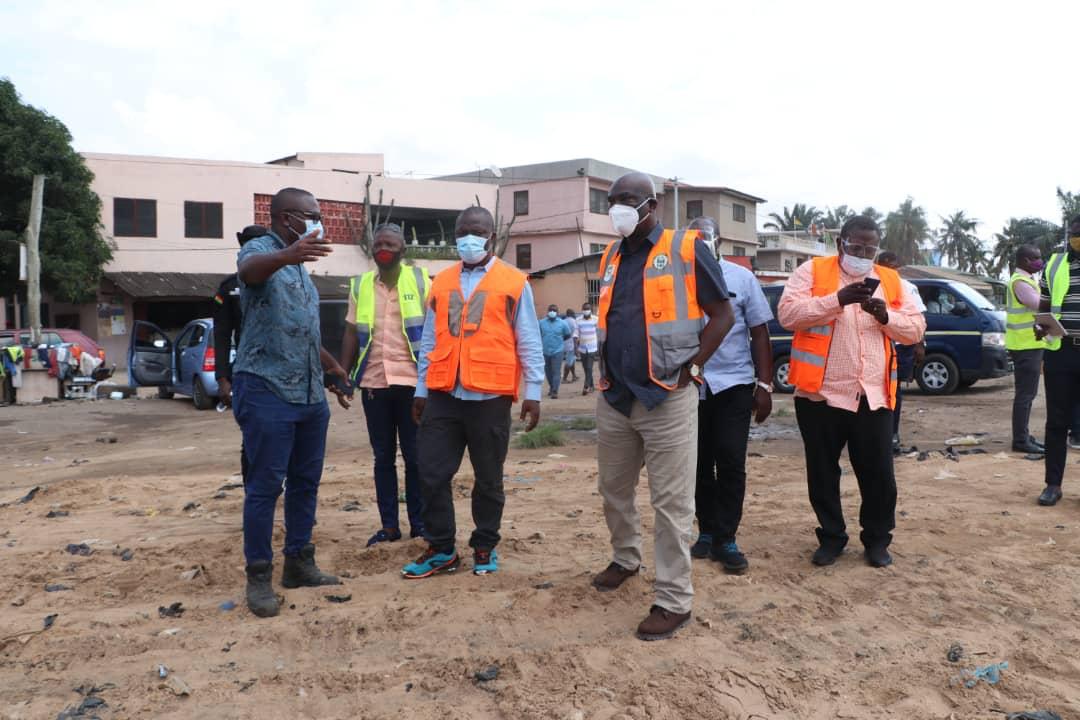 Mayor of Accra, Mohammed Adjei Sowah, gave the ultimatum on Wednesday when he conducted an extensive tour of Accra as part of efforts to rid the city of filth and to also ensure that people were complying with the COVID-19 safety protocols. 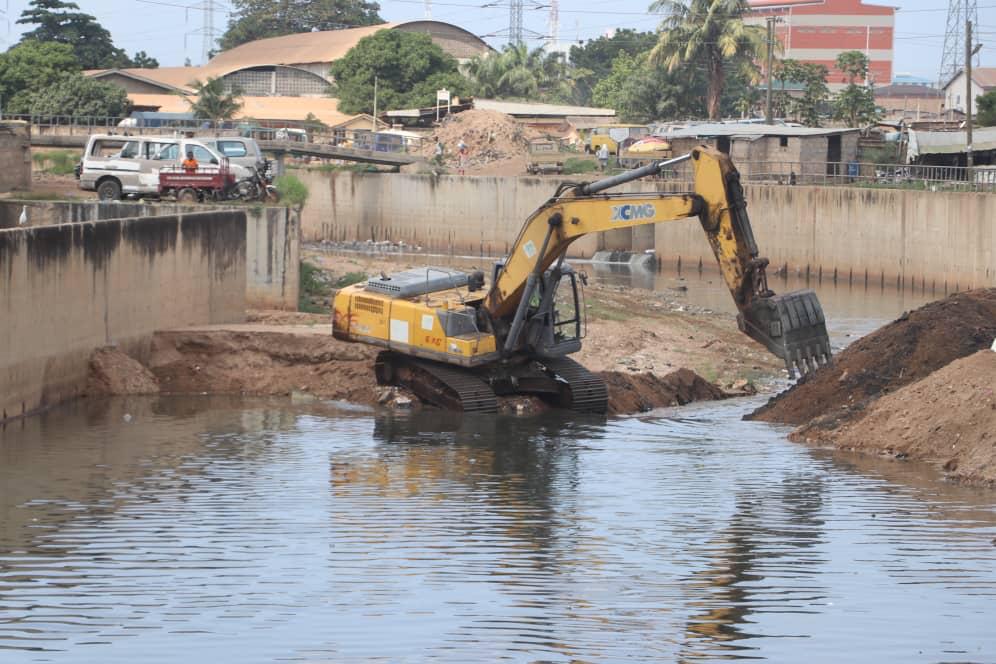 He visited Circle, Avenor and the Graphic Road where he monitored ongoing dredging works in the Odaw and Korle Lagoon. He later went to Teshie and other parts of the city.

He was accompanied by some of his senior officers and the Operations Manager of DML, Sena Kofi Adiepenna.

He described as worrying the situation where people continue to build close to the drains of the Odaw. 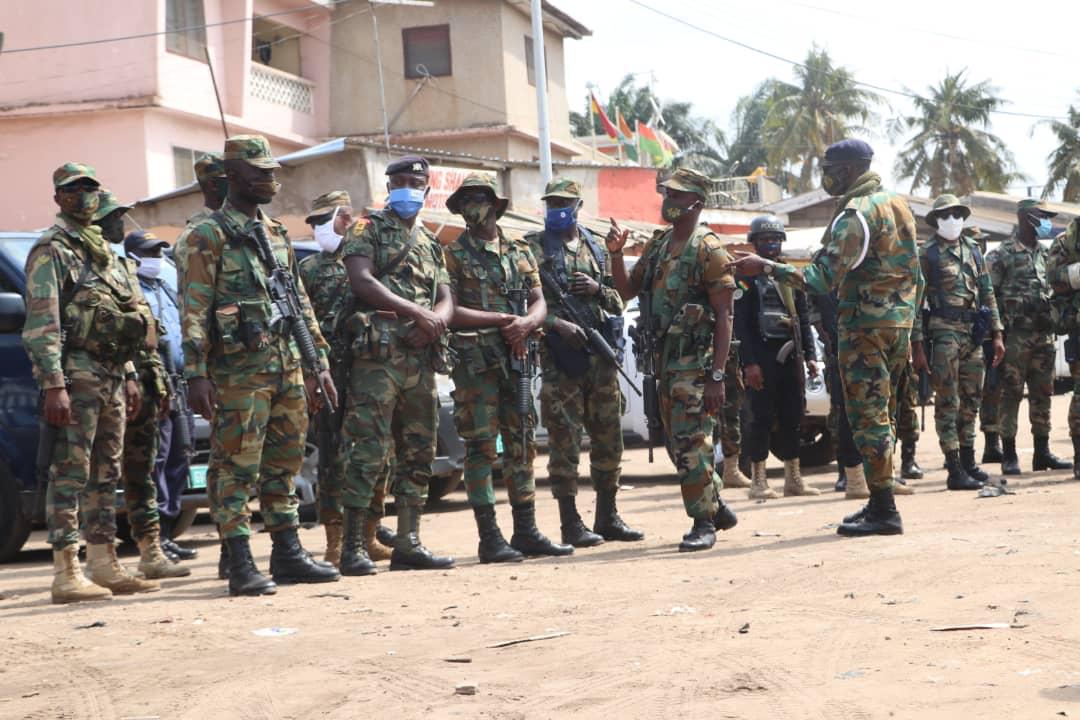 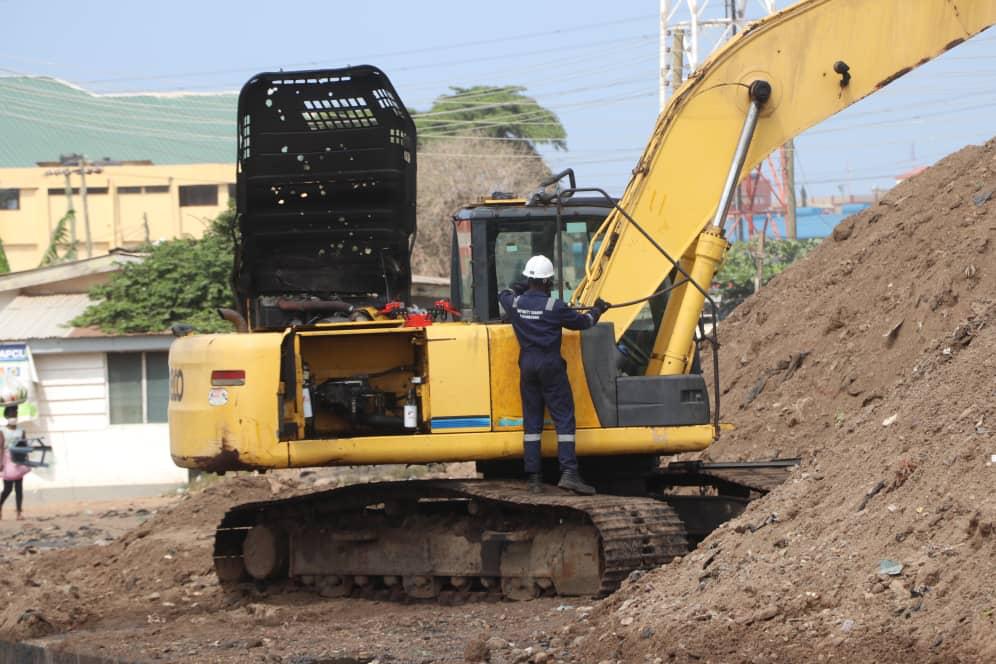 The continuous stay of people along the banks of the Odaw river, he lamented, was making it difficult for DML to get the buffer for their heavy-duty equipment to navigate and carry out dredging works in the river.

He explained that the banks of the Odaw play a multi-purpose role.

Aside from facilitating navigation of heavy-duty equipment, it also serves as a buffer to allow floodwaters to flow freely, he said.

According to Adjei Sowah, the dredging of the Odaw and Korle Lagoon formed part of efforts by the state to rid the capital city of filth and create a healthy environment for residents. 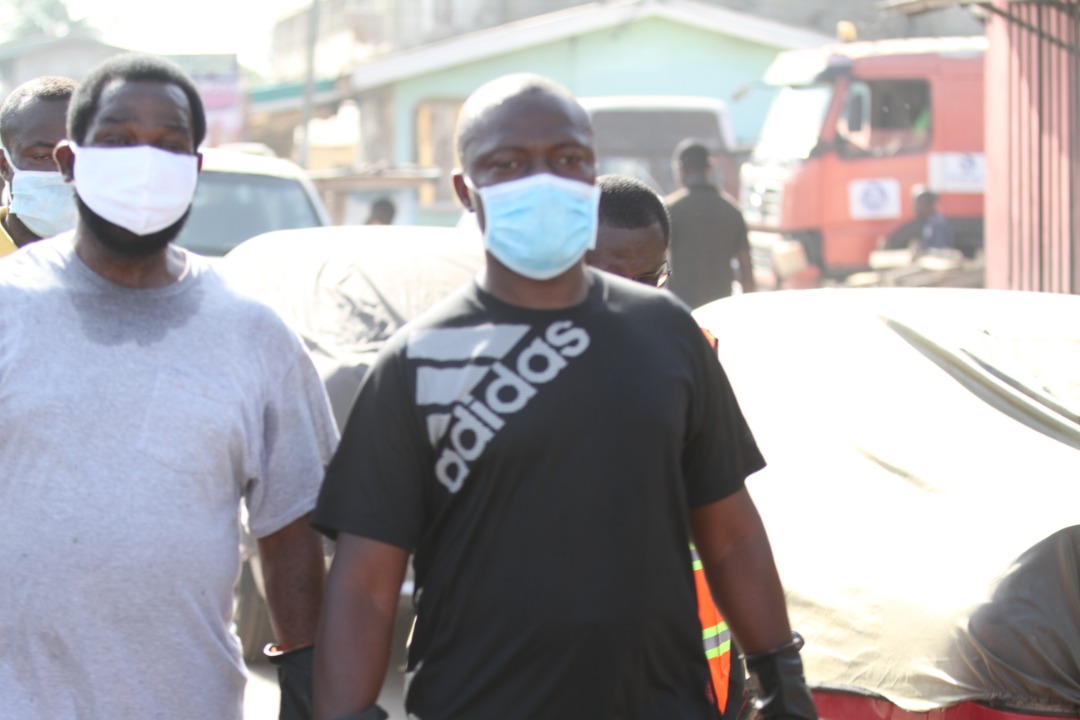 Continuing, he said the deployment of military and police personnel in Accra was to help enforce the environmental sanitation bye-laws.

“So we go round the city and make sure that wherever we find filth we tell the person to clear it. Failure to do that, our environmental officers will issue summons to you to face prosecution in court,” he added.

Furthermore, he said his outfit with the support of the security agencies were enforcing the wearing of the nose mask.

This, he averred, was the reason behind the heavy presence of the military across the city who were ensuring that people complied. 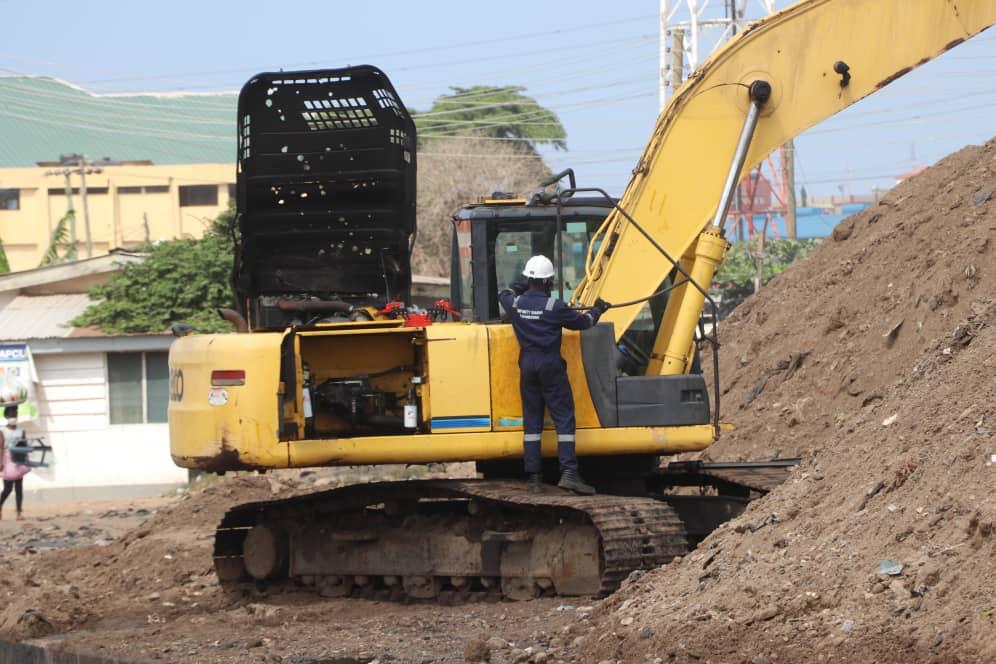 “This is an action that we started about two weeks ago; we are in our third week, and we will continue to do so,” he stated.

According to him, the prevalence of the COVID-19 epidemic, particularly within the Accra Metro, Madina, LADMA area was very high.

“And having looked at the data, we are targeting those communities to make sure that we cut the spread in those areas.That is why you see us in Klottey Korle as well as in AMA, Madina, and then Teshie, LADMA, and LEKMA areas,” he said. 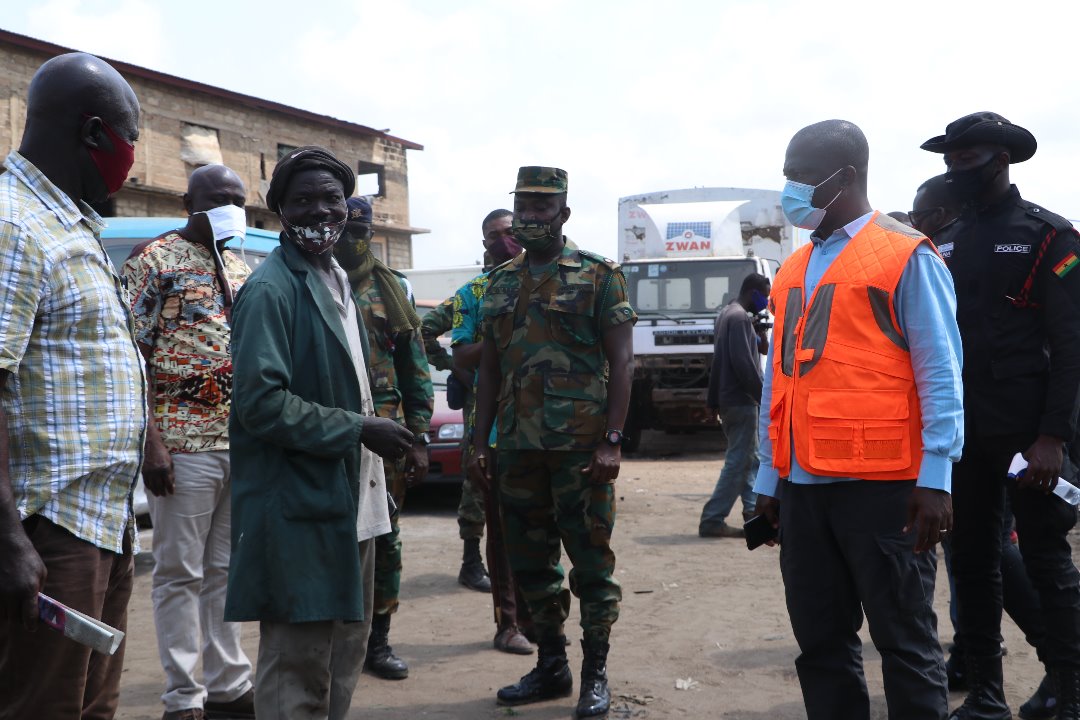 These areas, he intimated, constituted their main focus for enforcing the “wear your nose mask” campaign.

Mr. Adjei Sowah also disclosed that summons have been issued to persons operating in very unhygienic slaughterhouses in Accra.

He said this should serve as a warning to people who have turned their backyards into slaughter facilities.

In this regard, he advised people to use the services of the main slaughterhouse in Tema.

“We can’t continue to live in a city like this where people would eat all manner of food that would cause problems for their tummy,” he noted. 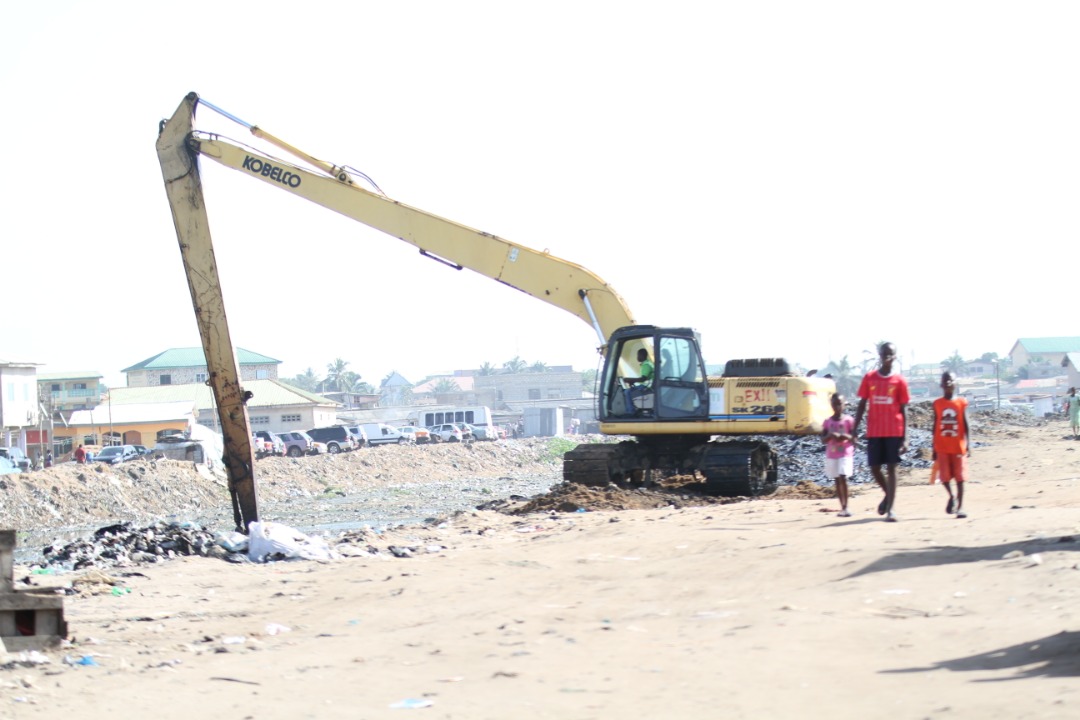 The Operations Manager of Dredge Masters Limited, Kofi Sena Adiepenna, lamented that the presence of squatters along the banks of the Odaw including motorbike and bicycle repairers, scrap dealers, cattle rearers among others was hampering their work.

These people, he indicated, had become a nuisance and were blocking access for their heavy-duty equipment to carry out dredging works in the Odaw.

He, therefore, added his voice to the call by the mayor on the people living along the banks of the Odaw to relocate.