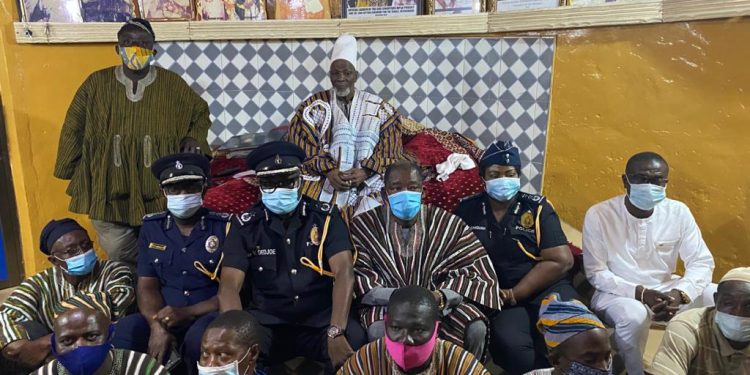 The delegation was at the Gbewa Palace and had a closed-door meeting with the overlord concerning the incident involving the Yendi Divisional Commander, ACP Peter Akokora Ayirezang.

ACP Peter Ayirezang based in Yendi in the Northern Region was asked to leave the area after he allegedly disrespected the high office of the traditional authorities.

Citi News source at the palace indicated that the police delegation apologized to the Yaa Naa on behalf of the police commander.

The source indicated that the Yaa Naa accepted the apology but requested that a new divisional police commander be appointed to the Yendi Municipality.

According to the source, Yaa Naa wants someone who can collaborate and work with the palace.

“The government has suffered a lot to bring Yendi to where it is now so any person who wants to disrespect the Palace and Dagbon won’t be tolerated,” Yaa Naa according to the source said.

It will be recalled that on Saturday, July 11, 2020, irate youth in Yendi with the support of the Ya Naa chased out the Divisional Commander, ACP Peter Akokora Ayirezang from the town.