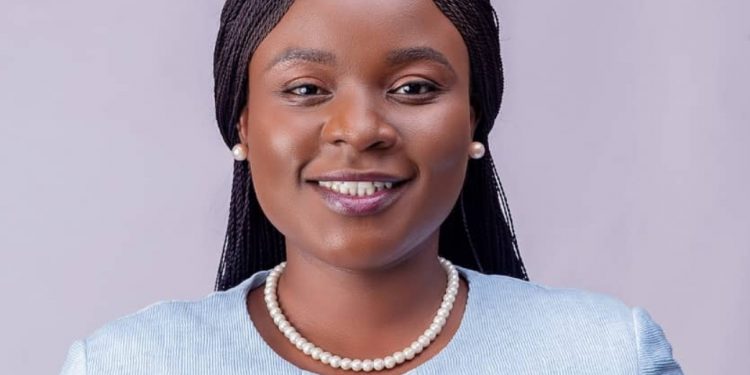 “The NDC’s nomination of Prof. Opoku-Agyemang, deceitful as it is merely intended to harness her seeming nobility to sanitize the image of John Dramani Mahama, irredeemably blemished by corruption and incompetence, sets her up as a sheep amongst wolves, without any true opportunity for impact,” she said in a statement.

“Rather than signalling transformational progress, the nomination could set the women agenda many years back in the most unlikely event that Ghanaians give their mandate to the NDC in 2020 to deliver an assured continuation of poor governance and corruption.”

Below is the statement from Dr. Donkor

It bears noting, however, that the poor record of the NDC in moving women forward as well as the party’s abysmal performance in government whenever given the chance by the people of Ghana foreshadows the appointment of Prof Opoku-Agyemang ending as a poisoned chalice in the women empowerment agenda in the country.

Is the nomination “transformational”? The progress of women in the Ghanaian political space entails much more than a singular nomination of a running-mate. True progress involves an assortment of inter-connected empowering actions that lift the generality of women up and opens up more spaces for many women to rise to their God-given potential other than the giving of backhands such as what the NDC has done. The NDC’s nomination of Prof. Opoku-Agyemang, deceitful as it is merely intended to harness her seeming nobility to sanitize the image of John Dramani Mahama, irredeemably blemished by corruption and incompetence, sets her up as a sheep amongst wolves, without any true opportunity for impact.

Rather than signaling transformational progress, the nomination could set the women agenda many years back
in the most unlikely event that Ghanaians give their mandate to the NDC in 2020 to deliver
an assured continuation of poor governance and corruption.

NPP v NDC on the progress of women
From current statistics, women make up half if not more of the total population of Ghana. Several issues affect and impede the progress of women, all of which the NDC as a political party has performed abysmally on. The New Patriotic Party (NPP) has demonstrated a total commitment to real transformation for women by its social
interventions and carefully targeted policies as well as the appointment of competent women to critical positions of state under each of its governments since the year 2001. I will highlight a number of the many policies and interventions which showcase the NPP’s commitment to the women of Ghana.

1. Free Maternal Healthcare
Instituted by the NPP government to ensure that Ghanaian women could perform their naturally-bestowed role of pregnancy and childbirth in safety without worrying about the cost. Many women die needlessly due to poverty and their inability to access critical healthcare services during pregnancy and childbirth. Sadly, this noble policy also suffered from the destructive hands of the NDC after they won power in December 2008.

Women form the majority of the world’s poor. Therefore, the benefit of the LEAP policy was most felt, as it was intended, by vulnerable Ghanaian women.

The NPP has created several thousands of jobs for women through a number of its flagship programs and policies. Thousands of Ghanaian women have gained employment through the carefully thought-through and competently implemented policies such as Planting for food and jobs, NABCO, One district one factory, employment of teachers, employment of nurses, and many others. NABCO alone has employed over hundred
thousand youth. Number of staff hired by the Ghana Education Service (GES) from 2017
till date stands at 93, 724. A breakdown of the figure will attest to increased women’s numbers in the education sector.

4. Restoration of Nursing and Teacher Trainees’ Allowance
Women form the majority of nurses in Ghana and contribute a large percentage of teachers as well. The heartless withdrawal of the allowances to nursing and teacher trainees was clearly an action to depress opportunities for women, especially the poor and vulnerable, to gain education and employment. The government of His Excellency Nana Addo-Dankwa Akufo-Addo was deliberate in restoring the allowances, fully aware
of the impact it has on women.

Free SHS is one of the greatest demonstrations of commitment to inclusion in education for girls. Families no longer have to make the hitherto unfortunate choice of educating boys over girls when finances did not allow for the education of all children.

Under the Ministry of Business Development, NEIP, and NBSSI, the NPP has helped more women to start and successfully run their own businesses in Ghana. Women have benefitted from loans at supportive interest rates and on friendly terms to be able to finance their business dreams. The newly introduced COVID Alleviation Programme (CAP) to support the informal sector will be largely enjoyed by women as women form
the majority of workers in the informal sector.

The failure of the NDC to support and advance the overall empowerment of women by any meaningful policy cannot be swept under the carpet by one act of selecting a woman as a vice-presidential candidate. The position of running-mate will make her a part-taker in failure and corruption of colossal proportions which no woman deserves.

It is not just in selecting a woman. It is more about the platform, institution, and team the woman must
work with to succeed, and in this case, unfortunately, given Fmr President John Mahama’s track record and reputation, Prof Naana Jane Opoku-Agyemang will not succeed.