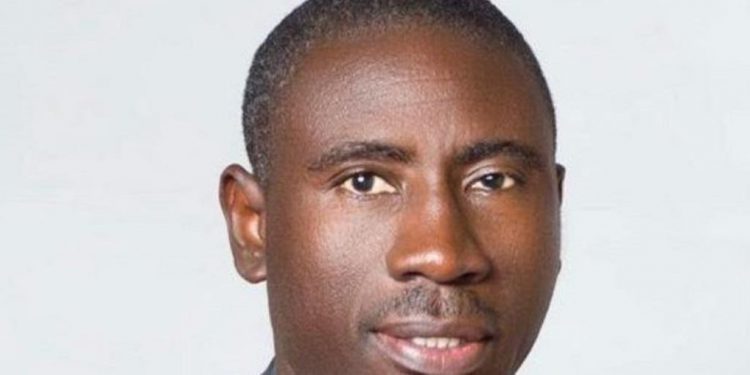 The Effutu Parliamentary Candidate for the opposition National Democratic Congress (NDC), James Kofi Annan has been arrested for allegedly taking on the Chairman of the voters’ registration challenge committee in Winneba in the Central Region.

Mr. Annan has been charged with offensive conduct conducive to the breach of peace.

According to the Chairman of the Committee, Samuel Asiedu Okanta who also happens to the Acting Commandant of the Police Command and Staff College in Winneba, the parliamentary candidate, at about 9.30 am on Tuesday, July 21, 2020, walked into a meeting of the committee and asked the Municipal Electoral Commission why the committee had started hearing a case without the representative of the NDC.

In a charge sheet, Okanta said when he approached the parliamentary candidate to ask him to address any grievance to him [the Chairman of the committee], the aspirant replied saying “if you are the Chairman of the Committee and so what? You are the reason why we are not enjoying peace in Winneba Town.”

According to the facts of the case as presented by the police, the comment by the candidate was with the intent “to provoke breach of peace or whereby a breach of the peace is likely to be occasioned.”

The NDC candidate was put before court and has since been granted bail.

Read the facts of the case below: 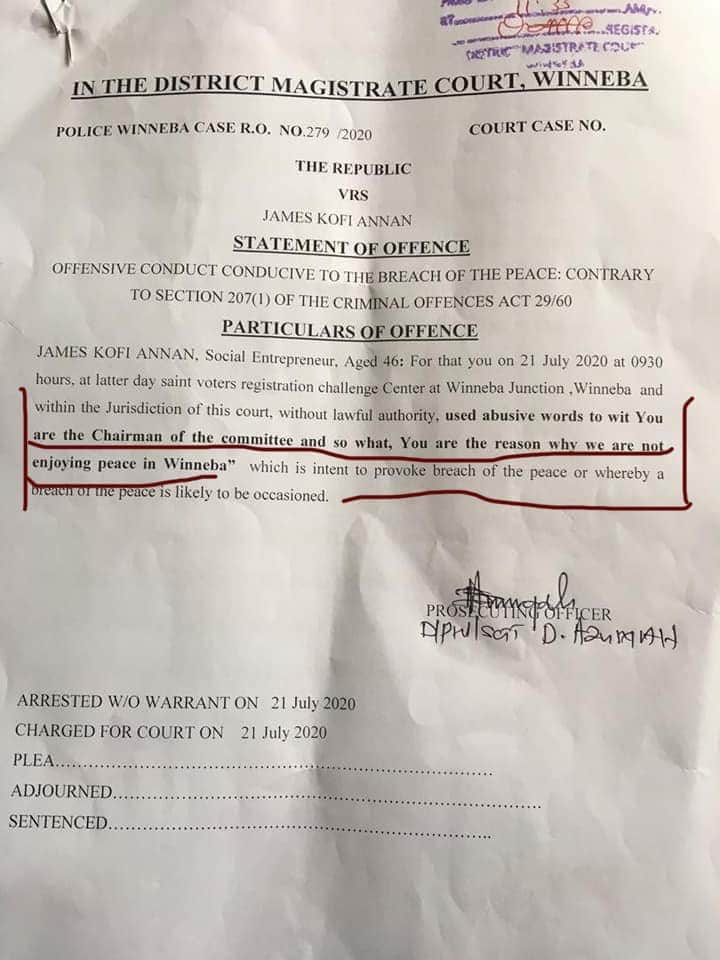 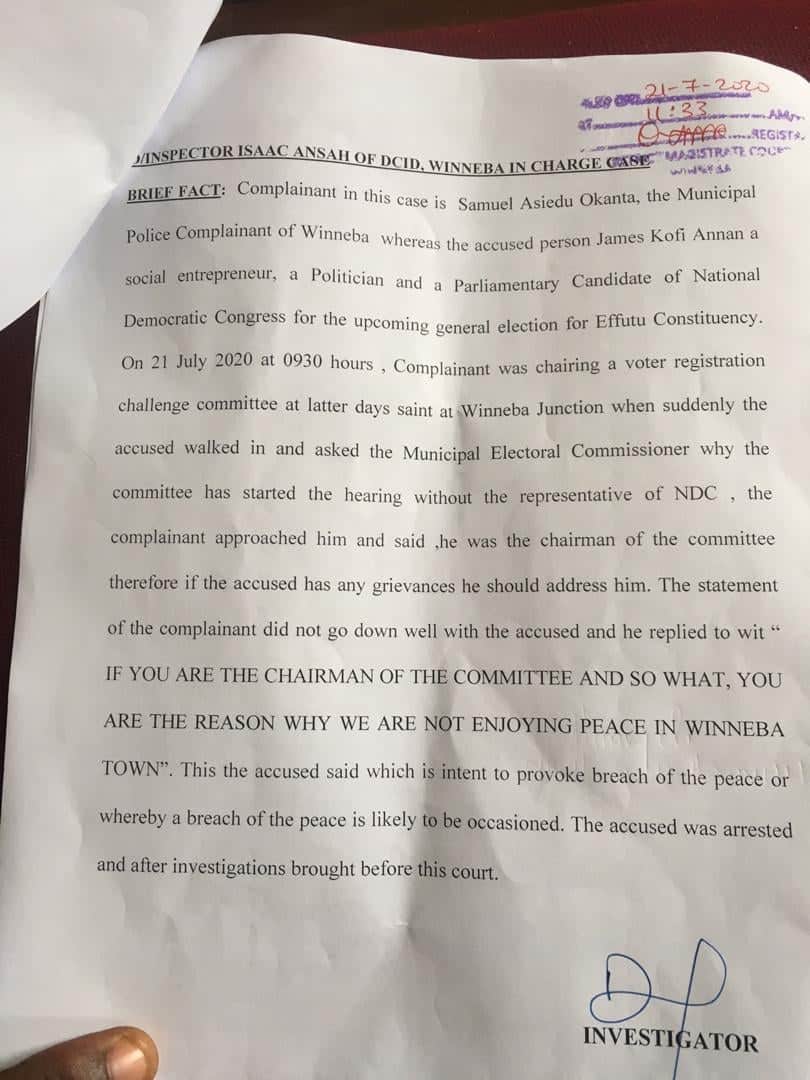 The woes of James Kofi Annan

This is not the first time Mr. Kofi Annan has had some brush with the law.

In March 2020, a Ghanaian, Benjamin Ackah lodged a complaint at the Winneba Police Command that, without his permission, an amount of GHS100,000 had been transferred from his account into an account belonging to the NDC Parliamentary candidate.

Kofi Annan was subsequently arraigned before the Winneba District Court to answer to charges of stealing, abetment of crime and dishonestly receiving.

Chief Superintendent Samuel Aseidu Okanta indicated that the preliminary investigation, they conducted turned out that the money was indeed transferred to a bank account belonging to James Kofi Annan.