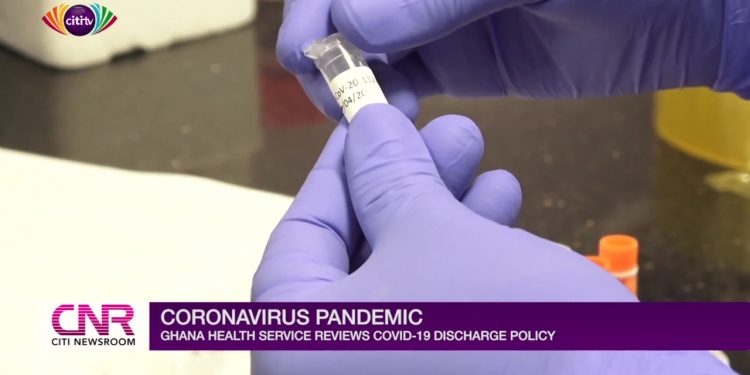 The National Democratic Congress (NDC) has accused the government of endangering the lives of Ghanaians by reviewing the COVID-19 recovery and discharge policy of the country.

According to the NDC, the country is fast losing the fight against the virus because of the failure of the Nana Akufo-Addo-led government to put in place the right measures to safeguard the lives of Ghanaians.

The new WHO discharge policy announced about a month ago among other things indicated that persons with COVID-19 who are asymptomatic will be discharged without another test, 10 days after the initial positive test.

Ghana has since adopted the policy but has put the number of days until discharge at 14 days.

However, while addressing the press in Accra today, Monday, National Communication Officer of the NDC, Sammy Gyamfi said the adoption of the new discharge policy is part of the reasons the country is losing the COVID-19 fight.

“Government’s review of our recovery and discharge policy from two (2) mandatory tests to zero (0) as a result of the lack of test kits, isolation facilities, among others, is partly responsible for our ever-worsening situation. We hold the view, that the new recovery and discharge policy under which persons who have tested positive for the virus are declared as recovered and discharged when they become asymptomatic without any confirmatory tests, is very dangerous, and has the potential to further jeopardize our already-failing COVID-19 fight.”

The NDC also accused government of providing better healthcare to members of its party while ignoring the ordinary Ghanaian.

According to Sammy Gyamfi, despite the fact that government told the public that they had reviewed the recovery and discharge policies, Carlos Ahenkora, an appointee of President Akufo-Addo, was tested twice before being declared recovered.

“Even more bizarre, ladies and gentlemen is the conflicting signals government is communicating to the public on this matter. Whereas the government has told the public that we have reviewed our recovery and discharge policy from two (2) mandatory and confirmatory tests to zero, the same government a few days ago informed us that one of the appointees of President Akufo-Addo who contracted the virus, Carlos Ahenkora, has recovered, after testing negative in two consecutive confirmatory tests.”

“The question we would want to ask is that, if the new recovery and discharge policy under which asymptomatic persons are discharged without any confirmatory tests is good, then why was Carlos Ahenkora made to undertake two (2) confirmatory tests before he was declared as having recovered? What is the government hiding from the nation? Don’t they believe in their own recovery and discharge policy? On what basis are they determining who deserves confirmatory tests and who doesn’t? Why does Carlos Ahenkora deserve two confirmatory tests, but the ordinary Ghanaian who has contracted the virus doesn’t deserve same? Is it because the Akufo Addo government values the lives of their officials over the lives of ordinary Ghanaians?” Sammy Gyamfi quizzed.