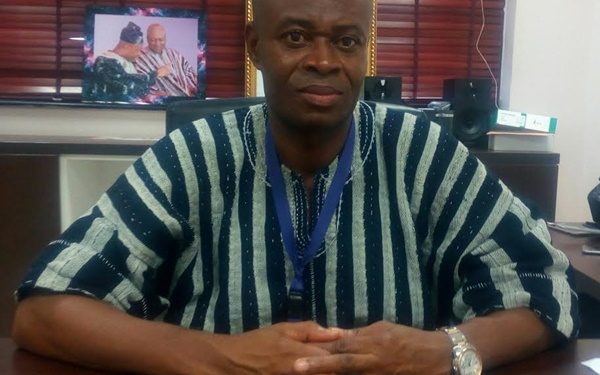 Member of Parliament for Bole Bamboi, Alhaji Yusif Sulemana has described as disgraceful, President Nana  Akufo-Addo’s approval of the resignation of the former Deputy Minister of Trade and Industry, Carlos  Ahenkorah over the latter’s alleged breach of COVID-19 protocols.

Mr. Ahenkorah who is also the MP for Tema West resigned from his deputy ministerial position after admitting that he flouted COVID-19 protocols by visiting a registration centre despite being aware that he has tested positive for the virus.

Following the incident, the public has criticized the legislator for moving into a public place when he was supposed to isolate himself due to his COVID-19 status.

Others have also called for his removal from office and prosecution over his conduct other than his mere resignation.

Alhaji Yusif Sulemana who doubles as the Deputy Ranking Member on the Trades and Industry Committee of Parliament, says the action by his colleague MP was completely unacceptable.

“We were in this country where some religious leaders were prosecuted and imprisoned because they violated COVID-19 protocols. This is a classical example where a lawmaker has broken COVID-19 protocols. So he just resigning is not enough. He is my colleague but when someone is wrong, the person is wrong. For me, the President accepting his resignation and eulogizing is a shame. You can’t quarantine some people and ask them not to go out while others go out and merely tell you that they were careful because they are matured.  He is my friend but, to be honest when I heard him on the radio granting interviews and making those comments, I was sad,” he said in an interview with Citi News.

Mr. Ahenkorah defended his decision for stepping out and monitoring the ongoing voter registration exercise despite testing positive for COVID-19.