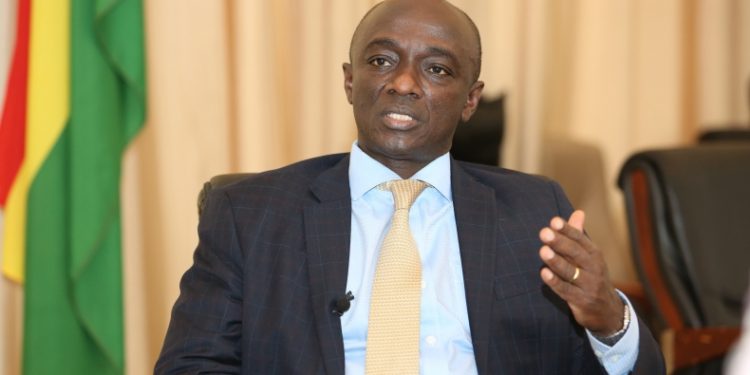 Ghanaian exporters have been encouraged to take advantage of the huge market China offers to prioritise agricultural production in order to revamp their trading activities.

Ghana’s Ambassador to China, Edward Boateng, who gave the advice, disclosed that there is a high demand for the majority of Ghana’s staple and cash crops which when exported to China will be a major boost for the economy.

Major export-oriented items on the list that have been given little or no attention are tubers especially cassava and yam which are sources of production for the Chinese pharmaceutical industry.

Although the Ambassador did not leave out cocoa, cashew, soybean, and other cash crops, he pointed out even oranges exported from Ghana have the potential of doing well in China.

Mr. Boateng was speaking to Bernard Avle about how Ghana and China can strengthen trade activities on the occasion of the 60th anniversary of the relations between the two diplomatic countries on June 5.

According to him, both countries are expeditiously taking steps to extend agricultural services support to farmers for improved livelihood, foreign exchange, and propel economic growth in the long term.

“The competitive advantage we have is everything agriculture. For Ghanaian businesses that want to export to China, they should look at agricultural products both for cash and food crops. There are cash crops like cocoa, cashew, and soybean.”

“For food crops, we are looking at cassava, oranges, and pineapples. There is definitely something in yam because it serves as a cash and food crop. Yam has a lot of starch. Starch is used for a variety of things here even in the pharmaceutical industry. One of the things we have to do is to do more research on agriculture.”

“When we always talk about agric, we are only talking about the planting, food, and harvesting bit. But one of the things I have realized about China, for instance, is that, if they take an orange; they use everything from the peels, seeds and the fruit itself. Each part of it is consumed in a different way. Nothing is thrown away,” he added.

He admitted that, but for the COVID-19 pandemic, 2020 had been scheduled as the year of implementation of some trading reforms since policy discussions and groundbreaking works were already in place.

“We are working to bridge the gap and open the Chinese market for some of our agricultural products especially our cash crops like cocoa and cashew. We are also looking at bringing some of our mining resources to attract more Chinese gold or oil mining companies into Ghana.”

“Traditionally, those sectors of the economy have been dominated by Western countries so it’s been difficult for us to get in. We have to work hard in a way that if we have about one or two percent of the Chinese population to consume products from our cocoa products, that will be a big boost to our cocoa farmers. So it is something we are working on.”

However, China is Ghana’s largest trade partner as it accounts for a large portion of Foreign Direct Investments (FDI) in the country.

Available data from the International Trade Centre puts Ghana’s exports to China for 2018 at US$2.4 billion, a figure which surpassed other trade partners.

Additionally, trade volume between the two states reached US$ 7.3 billion dollars in the same year – an amount Ambassador Boateng believes is inadequate.

He has therefore called on the government of Ghana to provide more support to entrepreneurs in the country to enable them to catch up with their Chinese counterparts.

“I am positive that in the coming years, we will move forward. The trade will go forward.  I also believe that we should be exporting more to China especially in terms of our agricultural products. It is an opportunity and the doors have been opened now for both sides. I think the Chinese are being more aggressive than our entrepreneurs. One thing is that I would like the government to help our entrepreneurs to export more to China especially our agricultural products,” Mr. Boateng noted.

For Mr. Boateng, one of the critical issues that make Ghana lag behind in the agricultural supply chain is the low level of research into the sector.

To reverse this worrying trend, the Ambassador proposed a radical approach to tackle the problem through attitudinal change and the government’s increase in agricultural research funding.

“That is what we should also be looking at so that we can also bring our orange peels here because they use it for medicinal and cosmetic purposes and those are the kind of things I will like us to look at and but more research into it. I think we need to invest more in agriculture science in terms of the research capacity of the food we are growing. What can they be used for? Once we establish that, the market is there for us in China and other places for us.”