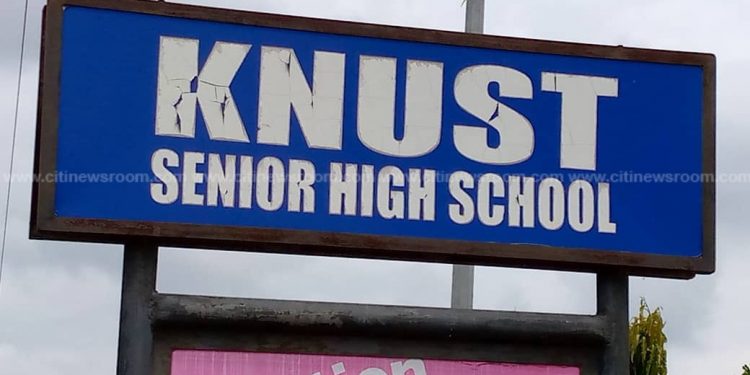 Two more teachers have been asked to step aside after the headmistress of the KNUST Senior High School (SHS) was interdicted over the death of a student in the school.

The two are Owusu Ansah Seth, a senior housemaster and Anthony Awotwe, a housemaster for the Densu house where the deceased student resided.

According to the Ashanti Regional Directorate of the Ghana Education Service (GES), the interdiction of the two teachers is to allow for investigations into the matter.

Ashanti Regional Director of the GES, Mary Owusu Achiaw who spoke to Citi News said the fate of the two teachers will be determined after the findings of the special committee tasked to probe the matter.

The headmistress, Felicia Asamoah Dankwaa, who was accused of negligence by her students who demonstrated and vandalized her car has also been interdicted.

A statement from the Ghana Education Service (GES) said the Regional Director of Education in the Ashanti Region will take over her duties.

Despite these actions that have been taken, the mother of the deceased student, Comfort Baidoo insists her son’s death was due to negligence on the part of school authorities.

“The President has asked schools to convey students to the hospital via the ambulance service when they are unwell. But, the school authorities did not do that. There were vehicles yet, they watched my son rolled on the ground in pain. The teachers stood by and watched. They should have provided him with first aid or taken him to the KNUST hospital since it is close by. I don’t know why they failed to get him medical care. What if I wasn’t available when they called me? It was as if they wanted my son to die. When my son was tested at the hospital, he was negative for COVID-19. He just had a stomach problem,” she lamented.

According to the students, their deceased colleague, who is believed to have had an ulcer, was ill and was not attended to adequately by the school authorities for several hours.

They believe the authorities feared he had contracted the novel coronavirus and left him till he died.

One of the students recounted that “the senior housemaster told his [the deceased boy’s] friends to leave him alone. He told them to sanitize their hands and asked them why they were holding the boy and gave them the plot to weed [as punishment].”

The students also accused the headmistress of also not handling the situation with any urgency.

“The headmistress herself came to stand in front of this boy and the boy was rolling on the floor for more than four hours. They couldn’t call any car to take him to the hospital”, one of them said.

E/R: Man stabbed to death during fight over GHS10