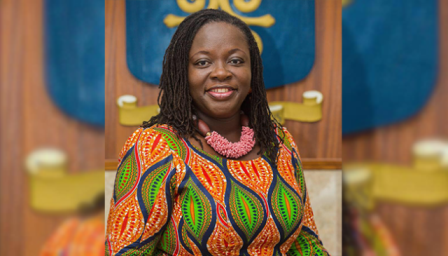 The Pro-Vice-Chancellor, Academic and Student Affairs of the University of Ghana, Prof. Nana Aba Appiah Amfo has been elected to serve on the Executive Committee of Fédération Internationale des Langues et Littératures Modernes (FILLM).

She was unanimously elected to the International Federation for Modern Languages and Literatures committee during a virtual Committee meeting on Sunday 26 July 2020.

The Vice-Chancellor of the University of Ghana, Prof. Ebenezer Oduro Owusu after receiving the news said Prof. Amfo’s election was a confirmation of her international stature.

While congratulating her, the Vice-Chancellor urged her to keep up the hard work.

Founded in 1928, the FILLM is the official international body which represents the study of language and literature as research-based scholarly disciplines in universities and tertiary higher education institutions world-wide.

A UNESCO affiliated organization, it seeks to represent intellectual and cultural endeavours on a global basis. FILLM is made up of international language and literature associations which focus on major language subject-areas and reflect the diversity of scholarly approaches, including interdisciplinary ones, within the field.