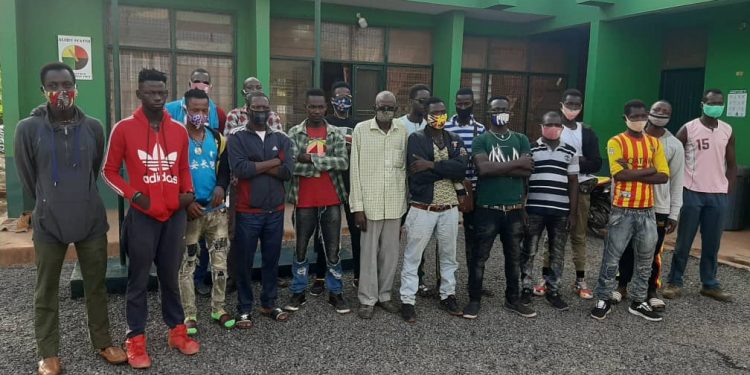 Some 28 Burkina Faso nationals have been apprehended at the Hamile District Assembly Barrier in the Upper West Region for illegally sneaking into Ghana.

Preliminary investigations by Immigration officials revealed that the 28 had sneaked into Ghana through unapproved routes and were destined for Kumasi for farming activities.

They are made up of 19 males and 9 females with their ages ranging between three and 64. They were on board a passenger bus with registration number GN 2220-10.

They were arrested upon intelligence gathered by the Ghana Immigration Service about their entry.

Meanwhile, the illegal migrants have been screened and okayed by the Port Health Officials.

They have since been handed over to the Burkina Faso authorities on the other side of the border at the Hamile post. 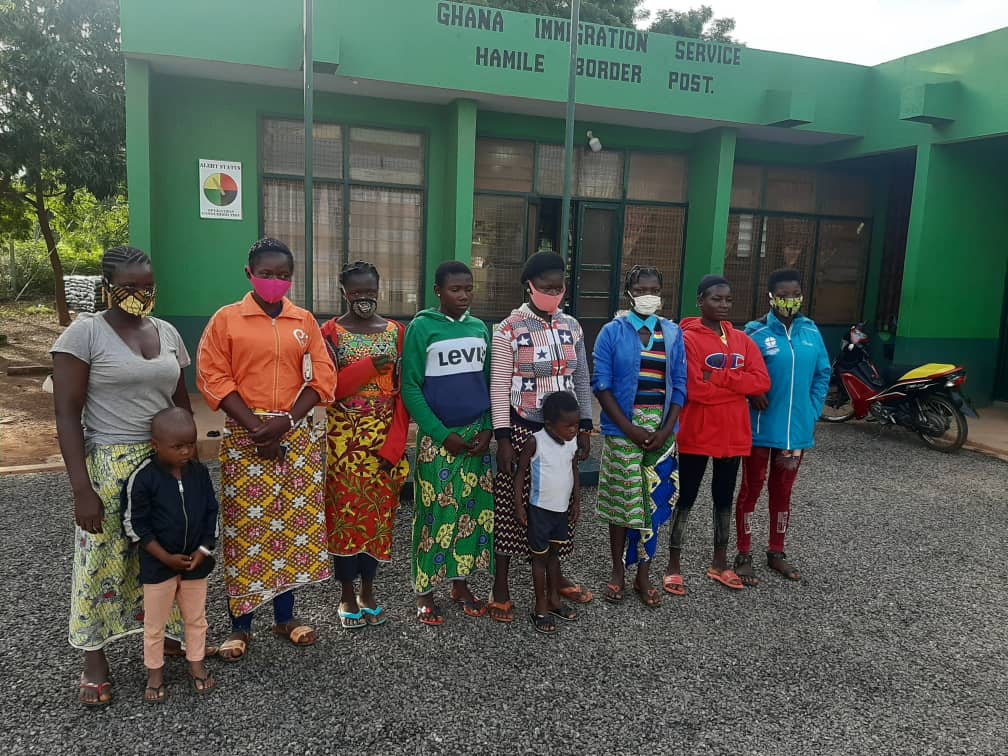 Since the Coronavirus-induced border closure, many foreign nationals have been arrested in different parts of the country using unapproved routes to enter the country.

In May 2020, some four Burkina Faso nationals were arrested by Immigration officials at Babile in the Upper West Region for illegally entering Ghana for economic purposes.

The four were arrested on board a Hyundai Grace H300 mini bus with registration number AS 3289-11, en route to Wa.