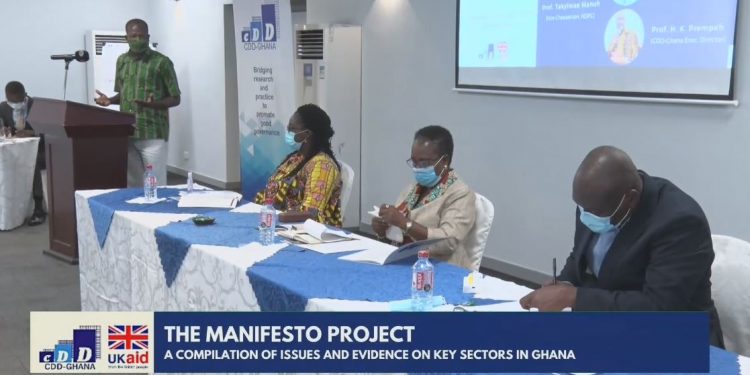 Planning and Urban Development Consultant, Bernard Arthur, has called on political parties to consider a comprehensive housing programme as they design their manifestoes to address the issue of access to housing for the majority of Ghanaians.

He blamed the lack of a comprehensive housing policy as well as a financial strategy for implementation of projects for the plethora of challenges confronting Ghana’s housing sector.

He was speaking on housing as a critical sector for economic development at the launch of the Manifesto Project organized by the Center for Democratic Development Ghana (CDD Ghana).

The Report launched by CDD-Ghana was titled ‘A compilation of issues and Evidence on Key sectors in Ghana’, Promoting responsive and responsible Manifestoes for national development.

Ghana’s 2010 Population and Housing Census report states that almost 44% of Ghanaians do not have adequate housing.

According to Mr. Arthur, “This is serious. And within that same population dynamics, you find out that we have outdoor sleepers and it has been compounded with the slum issues.  Accra alone has over 217 slums and that is not even the slum pockets but slum settlements. When you get into East-Legon and other peri-urban areas you find a lot of slum pockets and this is not because the people chose to be there, but because there is an absence of a comprehensive program within national planning and by and large a lot are driven from the manifestos,” he said.

He also stated that lack of policy has created some gaps where individuals and households adopt various informal strategies including self-financing and incremental building to be able to provide housing for themselves.

“Government’s responsibility essentially for housing has hovered basically around the civil service. But if you talk about the larger population, often housing is not considered as the government’s key responsibility. If you look at some of the projects that were implemented including sites and services, the government tried to just link up settlements with electricity, water and all that, but left the development to individuals to do.”

“This opens a very big gap where you get land guards and all sorts of things emerging. The fact that the government does not concern itself with providing housing for the larger population opens up this kind of situation. Apart from the land guard issue, is the issue of multiple sales of lands by traditional landowners or families and that compounds the issue of housing,” he said.

“If you want to see why a large population of Ghanaians live in slums or live in housing situations which are not proper, it is because the government is not meeting this particular issue,” he added.

“It is the foundation of a society that does not only help to provide homes for people but also solves issues of sanitation and crime,” he said.

Housing in Ghana is challenged in it all aspects – from land acquisition through to construction of the physical structure and access to basic services and infrastructure as well as financing.

Ghana’s housing deficit stands at 2 million units, but industry players believe the deficit could be more as the country’s population increases. 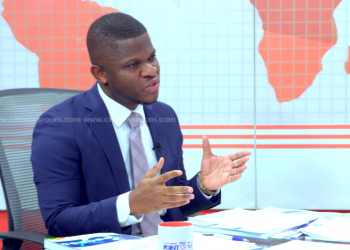 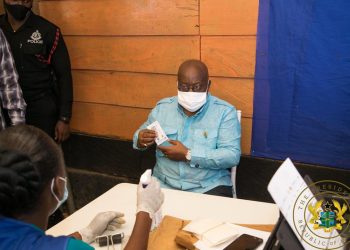