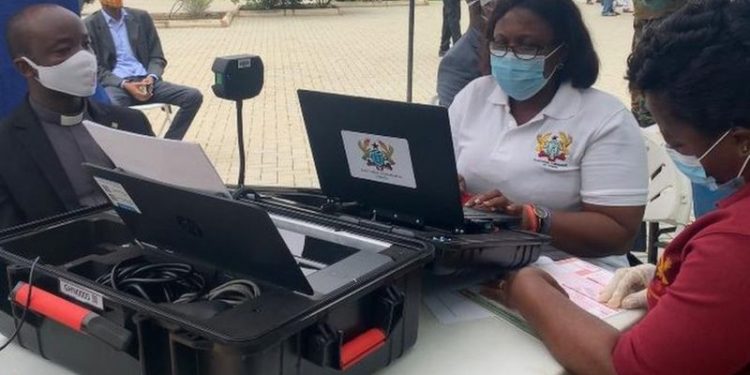 The Electoral Commission (EC) says it has detected an anomaly in the ongoing voter registration exercise at the Okaikwei North District. It says the anomaly has to do with duplicate ID numbers.

The EC in a statement explained that its “investigation revealed that a faulty kit that had its unique identity transferred to a back-up kit was inadvertently released to the District Office after it had been repaired without creating a new identity for it.”

A total of 63 registrants according to the EC were affected by the mix up.

“The system identified sixty-three (63) other applicants who were affected by this anomaly. These persons will be issued with new voters ID numbers at the completion of the voters’ registration exercise.”

According to the Commission, the affected persons are unique and have unique biodata and thus they stand no chance of being disenfranchised.

“The affected applicants are unique with unique biodata and biometrics. As such, they stand no risk of being disenfranchised on voting day.”

Meanwhile, the Electoral Commission has also said it has successfully resolved about 98 percent of network issues which led to delays in the commencement of the voters’ registration exercise at some centres on Sunday, July 12, 2020.

“The Commission is confident that all issues will be resolved this Monday, July 13, 2020, to enable registration take place at all centres without delays.”

“We apologize for the inconvenience caused to applicants at the centres where the registration exercise delayed,” the EC said in a different statement.

Below is the press statement from EC 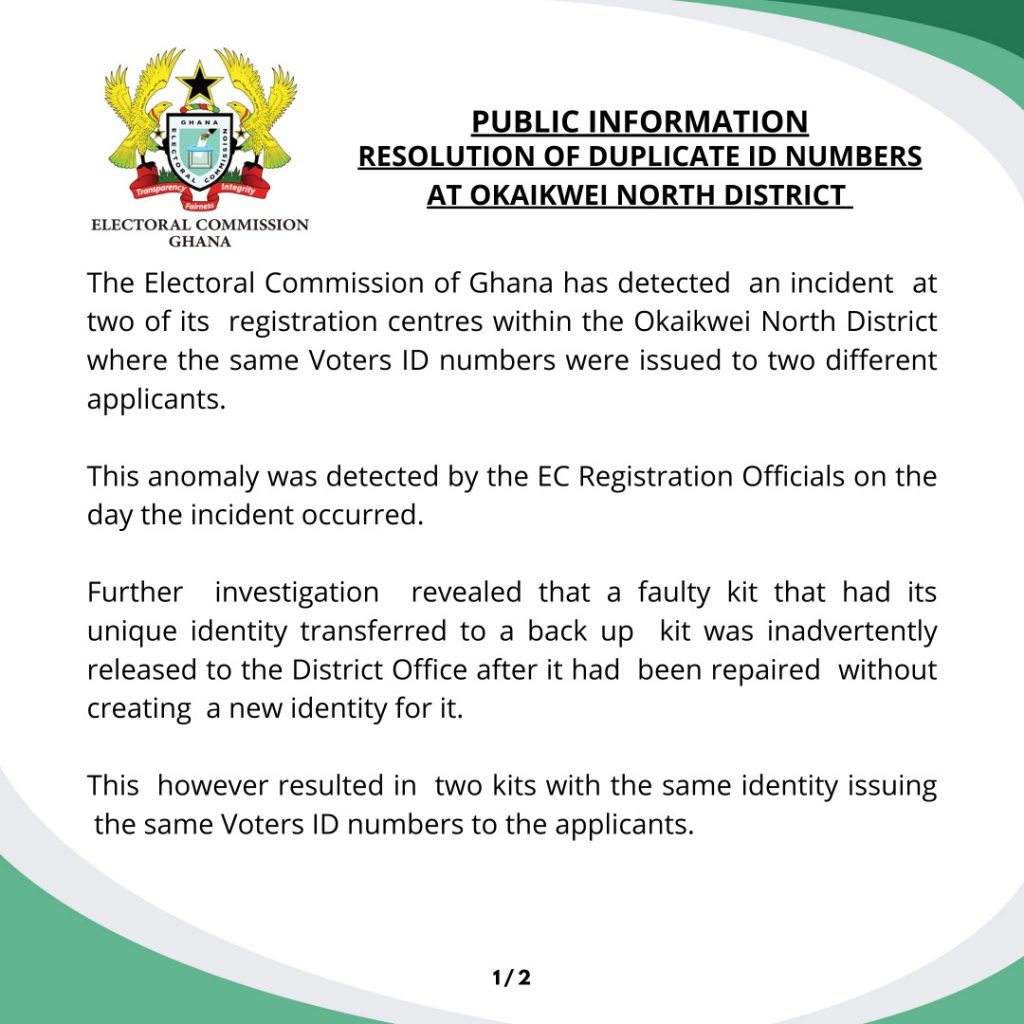 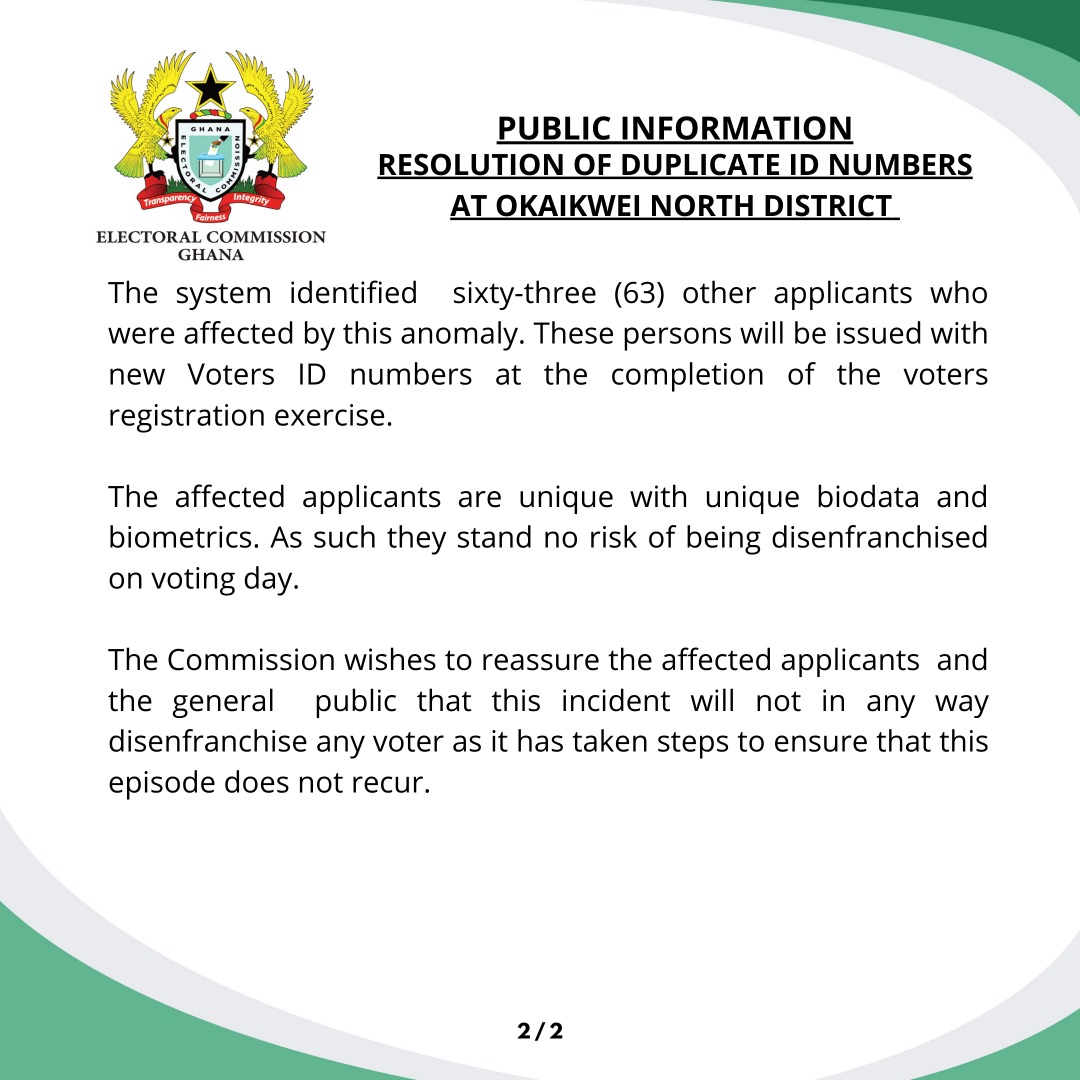