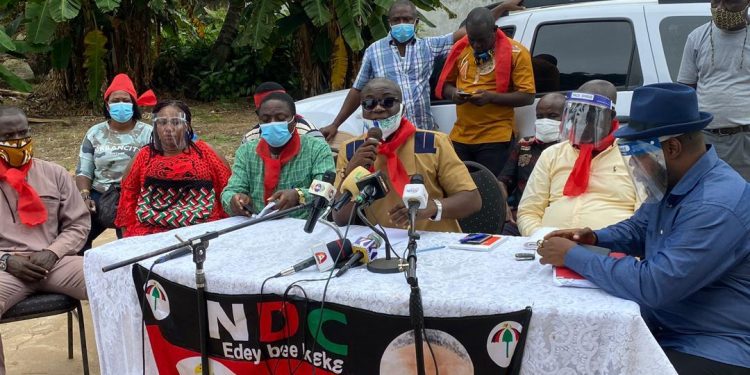 The leadership of the Western Regional office of the National Democratic Congress (NDC) has threatened to retaliate if alleged attacks on its members from the camp of the Member of Parliament for Evalue-Ajomoro-Gwira, Catherine Afeku, do not stop.

According to the NDC, it will take such action if the police fail to take action to forestall such unprovoked attacks.

Addressing a press conference at Axim, the Western Regional Secretary of the NDC, Joseph Nelson, recounted instances where NDC officials were allegedly attacked by the bodyguard of the incumbent MP and her followers.

He said, on July 12, 2020, the bodyguard of Catherine Afeku, allegedly attacked the NDC’s Constituency Electoral Officer who was discharging his legitimate duty.

He added that on July 6, the NDC’s Parliamentary Candidate for Evalue-Ajomoro-Gwira, Kofi Arko Nokoe was also allegedly slapped and his phone confiscated by the MP’s followers at one of the registration centres. 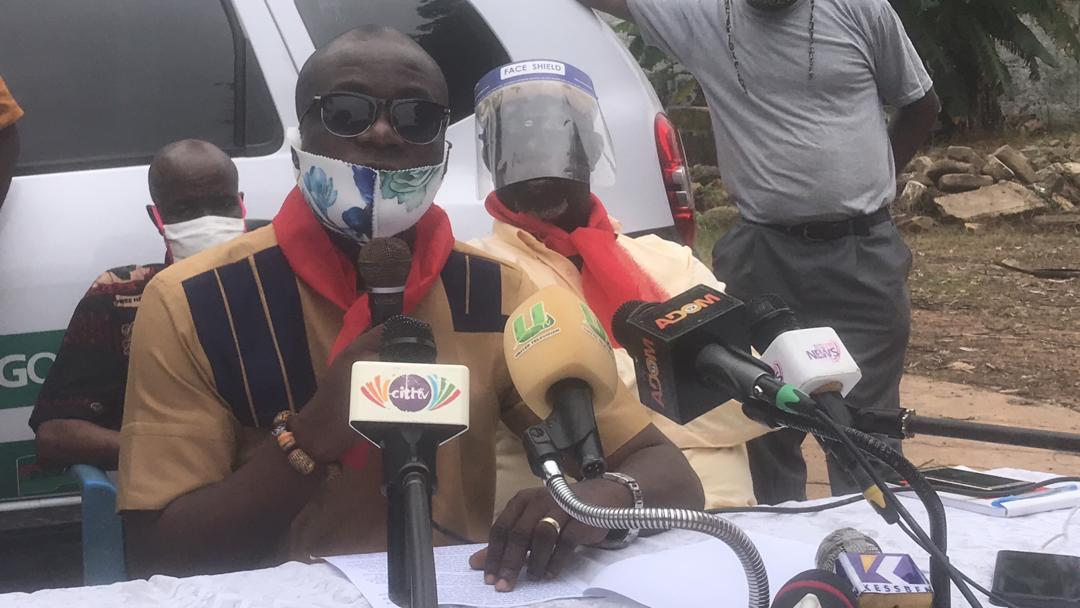 He alleged that in all such instances, the police failed to take appropriate action.

“This region has had the enviable record of being very peaceful both in season and out of season. Hardly did you hear of clashes between the main political players, the NDC and the NPP. Over the years the two have co-existed peacefully, but it’s sad to say that this peaceful environment has recently come under serious threat. The source of this threat is the misconduct of the Member of Parliament for the Evalue Ajomoro Gwira constituency, Catherine Afeku and her rampaging associates. Over the period that the registration has been on, there have been some ugly incidents in the constituency perpetrated by the MP and her hoodlums, and the NDC has been at the receiving end.”

“On 12th July 2020 the bodyguard of the MP, a serving police officer physically assaulted our constituency elections director at the Axim Community Centre on her instruction, when the gentleman was only doing his legitimate duty of ensuring that the right things were done at the Registration Centre. He had not broken any law of the land, and even if he had, the decency and lawful act would have been a report to the police officer at the centre. Instead, they preferred to take the law into their own hands. Again on 16th July 2020 another member of the NDC was physically attacked and his phone taken from. This time it was no less a person than the NDC’s Parliamentary Candidate and soon to be declared MP for the Evalue Gwira constituency, Kofi Arko Nokoe, who was at the receiving end of a blinding slap from an aide of the MP and a member of the NPP. The perpetrator of this crime alleged that the PC was recording him.” 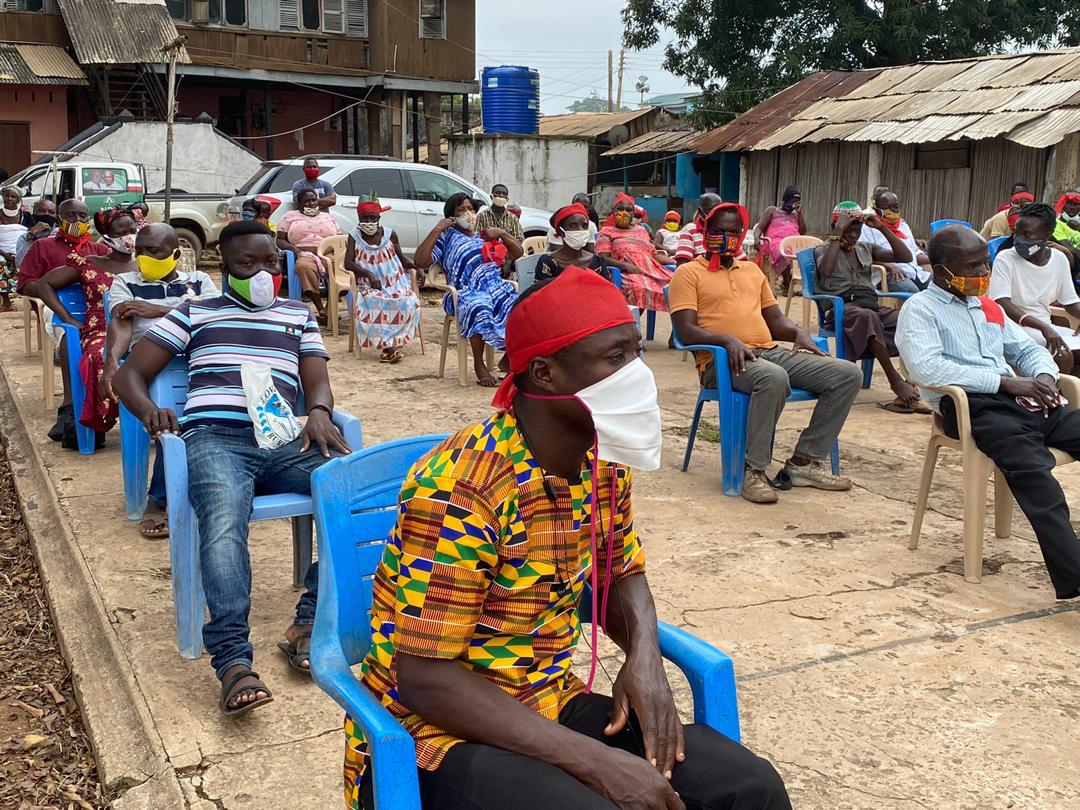 Joe Nelson said, although allegations against their parliamentary candidate have turned out to be untrue, the police has not arrested anybody several days after reporting the alleged attack.

“In all of these instances of blatant display of impunity and provocation of the NDC, we remained calm and law-abiding because of our peaceful nature. The cases were reported to the police, with the expectation that they would effectively deal with them and ensure that justice is served. Sadly, the conduct of the police rather than being reassuring has instead bruised our confidence in them. The investigations have been botched and so as we speak, justice has not been served, neither is it being demonstrably served. As we have it, both the bodyguard and the Aide are walking free. It is obvious that they have been emboldened to wreak further assault on us.”

“The journey to the 7th December election has only just begun with the ongoing registration exercise and if current happenings in this constituency are anything to go by then we are in for a bumpy ride. Our message to the police is that we can no longer sit idle by as our people are abused for no reason without appropriate action from them. The laws of this country allow for self-defence, and so we shall take steps to defend ourselves from hence. We shall respond appropriately to any future attacks on our people and the only way out is for the police to bring a firm and unbiased conclusion to the cases pending before them,” he warned.

Meanwhile, when Citi News contacted Catherine Afeku for a response, she turned down the opportunity.

She said the allegations were only meant to serve as a distraction.