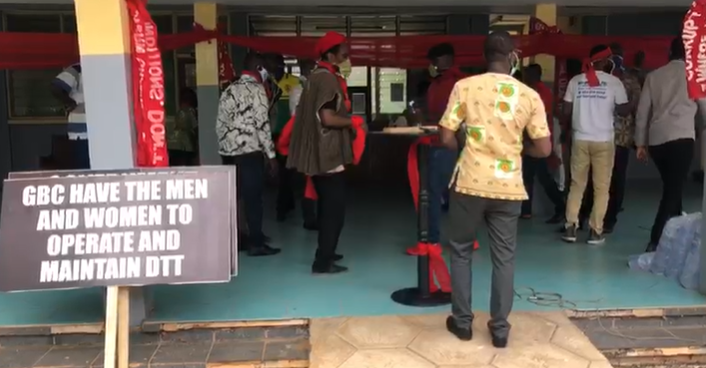 Staff of the Ghana Broadcasting Corporation (GBC) say they will challenge moves to reduce the state broadcaster’s channels.

The Minister of Communications, Ursula Owusu on June 26 gave the state broadcaster a 60-day deadline to reduce its channels from six to three.

GBC has however warned that this could lead to a collapse.

Secretary of the GBC Union, Nutor Bibinii told Citi News staff of the GBC will continually protest the government’s decision, until the Minister of Communication rescinds the decision.

“We are humbly advising her[Minister of Communications]. She can take ten channels to herself but what belongs to the state, no political activist can come for it. If previous Ministers of Communication were taking one each, how many would have been left? We are saying no. It will not work and we shall challenge this decision at the peril of our lives.”

Currently, GBC is said to be operating on the DSTV, GBC T1 and DTT transmission platforms.

TV users who have access to DSTV, GBC T1 and digital television platforms are able to watch all of GBC’s six channels on either platform.

The Minister of Information, Oppong Nkrumah has explained that the managers of DTT want to reduce redundancy hence its engagement with GBC to come forward and let them know the three of its six channels it would want to maintain on the DTT platform. 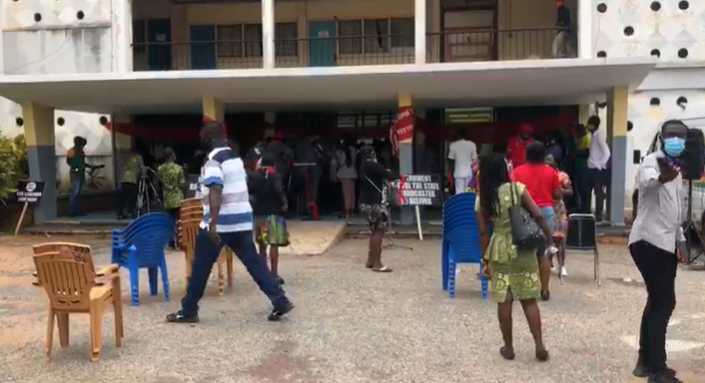 The move has not sat well with some individuals and groups, including the Minority side in Parliament.

The Minority said the request from the Communications Ministry was unlawful.

In a bid to nullify the proposed move, the GBC has written to the National Media Commission (NMC) for urgent help.