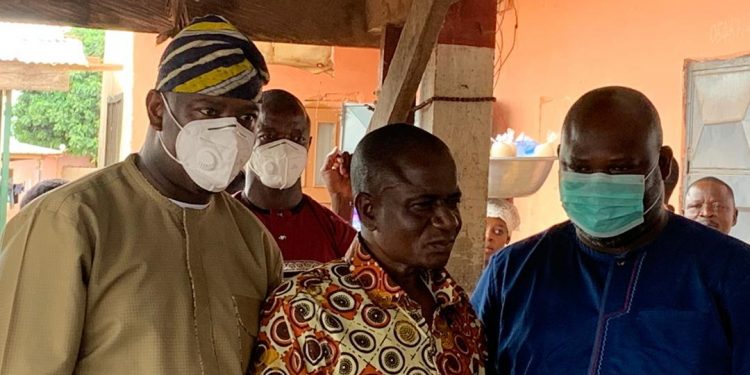 Alhaji Arado declared his support during a meeting with some women groups at the Yendi constituency office of the NPP.

In his brief statement, Mr Arado promised to canvass the support of thousands of NPP and other non-NPP members from across the constituency to ensure massive victory for the NPP in the 2020 presidential and parliamentary elections.

“I will do all it takes to get Alhaji Farouk more votes, including getting those who don’t support our party to vote for him come 7th December 2020,” Alhaji Arado.

“He has demonstrated beyond reasonable doubt of his resolve to transform Yendi through Agriculture, Education and empowering both youth and women,” he added.

It would be recalled that in the events of the 2008 and the 2012 elections, Mr Arado contested the seat of the MP in the Yendi constituency as an independent candidate, in which he drew large following from a cross-section of the constituency, and the youth in particular.

Mr. Farouk said Mr. Arado’s support for the NPP towards the 2020 elections is timely and necessary in drawing back the support of those who followed him in the past elections.