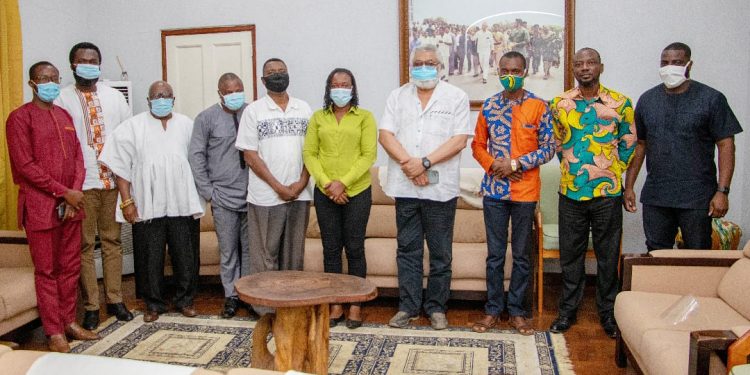 The visit was aimed at discussing AYC’s concerns on recent developments in the country. The visit was also to seek the former President’s support for the Council’s projects and activities.

Also, the group introduced itself to establish a more formal relationship with the former president, being the most prominent Anlo alive today. 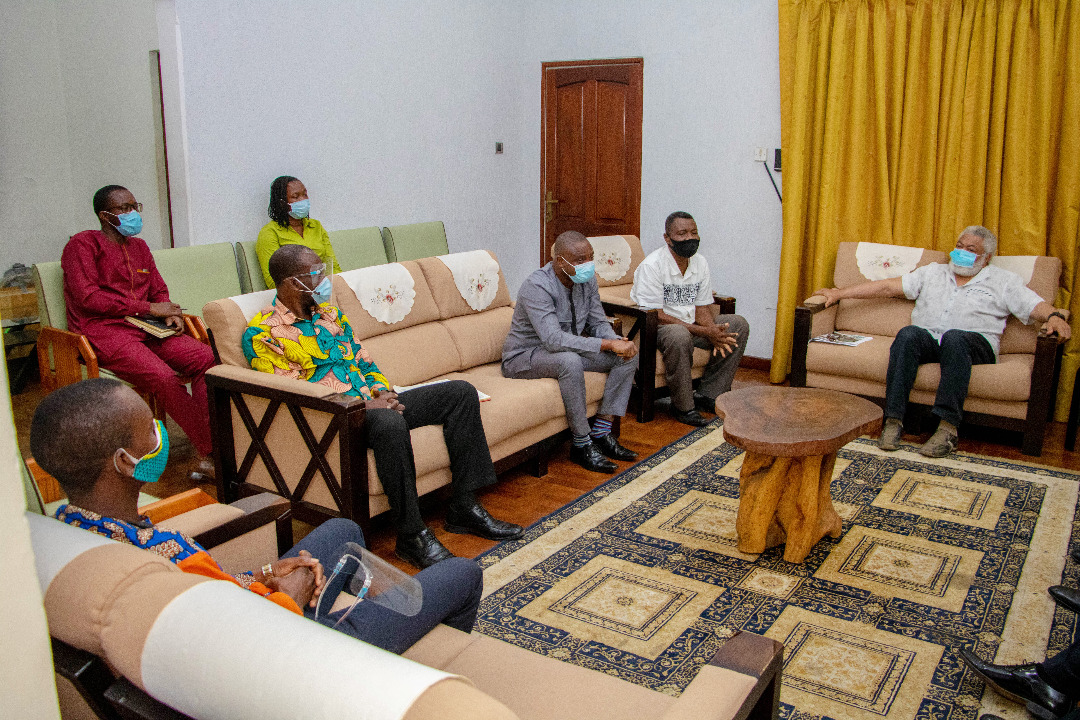 During discussions, President Rawlings said AYC’s mission and vision must be supported to achieve their objectives.

He spoke about Anlo and Ewe values saying that “these values still exist, but are gradually experiencing a nose-dive” and must be restored.

President Rawlings also used the occasion to debunk assertions made about him in a recently published book ‘Working with Rawlings’ and urged the youth to “disregard the lies contained in the book and wait patiently for my book and for the truth”.

The President of the Council, Mr Mayor Agbleze, indicated that as a Council, one of its values was “to build a  positive culture of self-identity among Ewes as a requirement for confronting the challenges we face and to engage the opportunities for development”.

He expressed growing concern about government’s recent posturing towards Ewes across the country in the course of the voter registration exercise in particular and said it did not augur well for the nation’s development.

His Excellency and former Trade Minister, Dan Abodakpi, who was at the meeting thanked the AYC for its noble cause and roles in the developmental agenda of Anlo and Ghana in general and urged them not to relent in their efforts.

Present at the meeting were Mr Donald Agumenu and Dr Senanu Dzokoto, staffers at the former President’s Office.