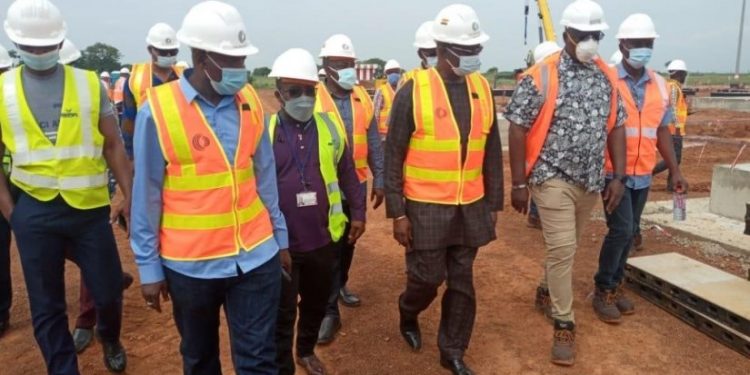 Joseph Kofi Adda, the Minister for Aviation, has again stressed that there were no plans from government to engage any company for the sale or hire of the Ghana Airport Company Limited (GACL) and its ancillary institutions.

The Minister, who emphasised the government’s position on the speculated sale of GACL in Tamale, was there to inspect the progress of work at the ongoing Tamale Airport expansion phase two projects in the Northern Region.

Mr Adda assured the employees of GACL, saying “the government has no plans to sale or privatise the GACL and all other institutions under the sector, so I urge all staff to remain calm as nobody would be laid off from their work”.

The airport expansion project, which is expected to be complete in 30 months, would give a facelift to the Tamale airport to gain international status.

In August 2019, President Nana Addo Dankwa Akufo-Addo cut the sod for the commencement of work on phase two of the Tamale Airport Project.

Briefing journalists after the inspection of the project, Mr Adda expressed satisfaction at work done so far and said when completed the airport would enhance economic activities in Sub-Saharan Africa.

He said the government was investing enough resources to expand the airport to accommodate the services needed to make Ghana an aviation hub in the West Africa sub-region.

The Minister explained that the expansion of the airport would have a Hajj and other auxiliary facilities, which he added, would help to ease the difficulties pilgrims go through during their travels to Saudi Arabia to perform Hajj.

US Elections: Biden vows to end Trump’s ‘season of darkness’