Citi FM has dropped its long-standing election programme ‘Campaign Trail’, and reintroduced the programme under a new name, ‘Voters’ Diary’.

The ‘Voters’ Diary’, which commences in September ahead of the 2020 General Election, has been adopted after a competitor in the media landscape opted for the ‘Campaign Trail’ name, although Citi has for many years covered elections under the said name. 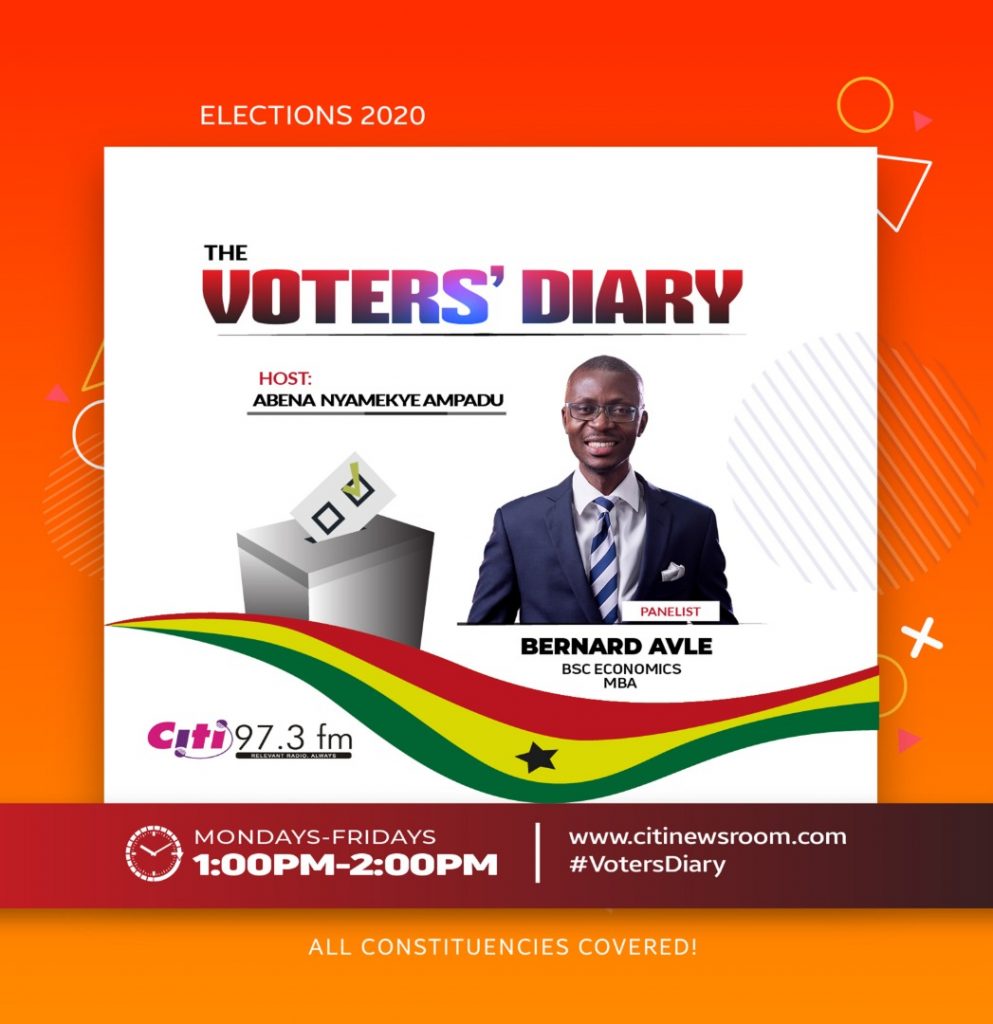 Acknowledged as a credible news hub, managers of the Adabraka-based media house say ‘Voters’ Diary’ will offer deeper analysis and perspectives of the elections on TV and Radio, as well as online and on social media.

The General Manager of Citi FM and Citi TV, Bernard Avle, says the organization will not dilute its hallmark of credibility, minded by the fact that elections have the propensity to make or break a nation. 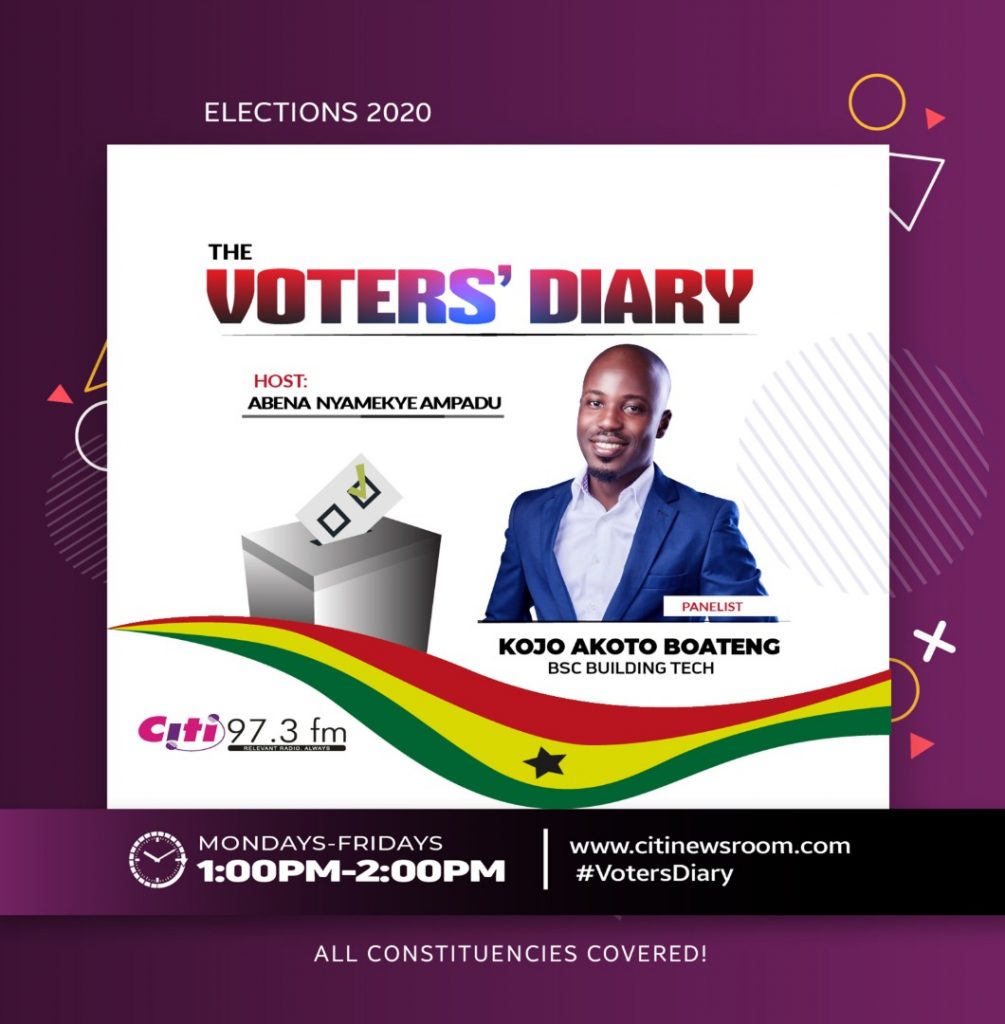 He says the reportage will cover all critical issues that inform people’s choices for both the Presidential and Parliamentary elections, and will be inclusive of all stakeholders in the electoral process.

Mr. Avle noted that, ethical journalism and professionalism will not be disregarded in the quest for speed and relevance, adding that “As a responsible media organization, we will not engage in sensational reportage of any kind.”

According to the Host of The Point of View on Citi TV and the award-winning Citi Breakfast Show, events that herald the Election Day itself, are equally important, and will be treated with all the seriousness required. 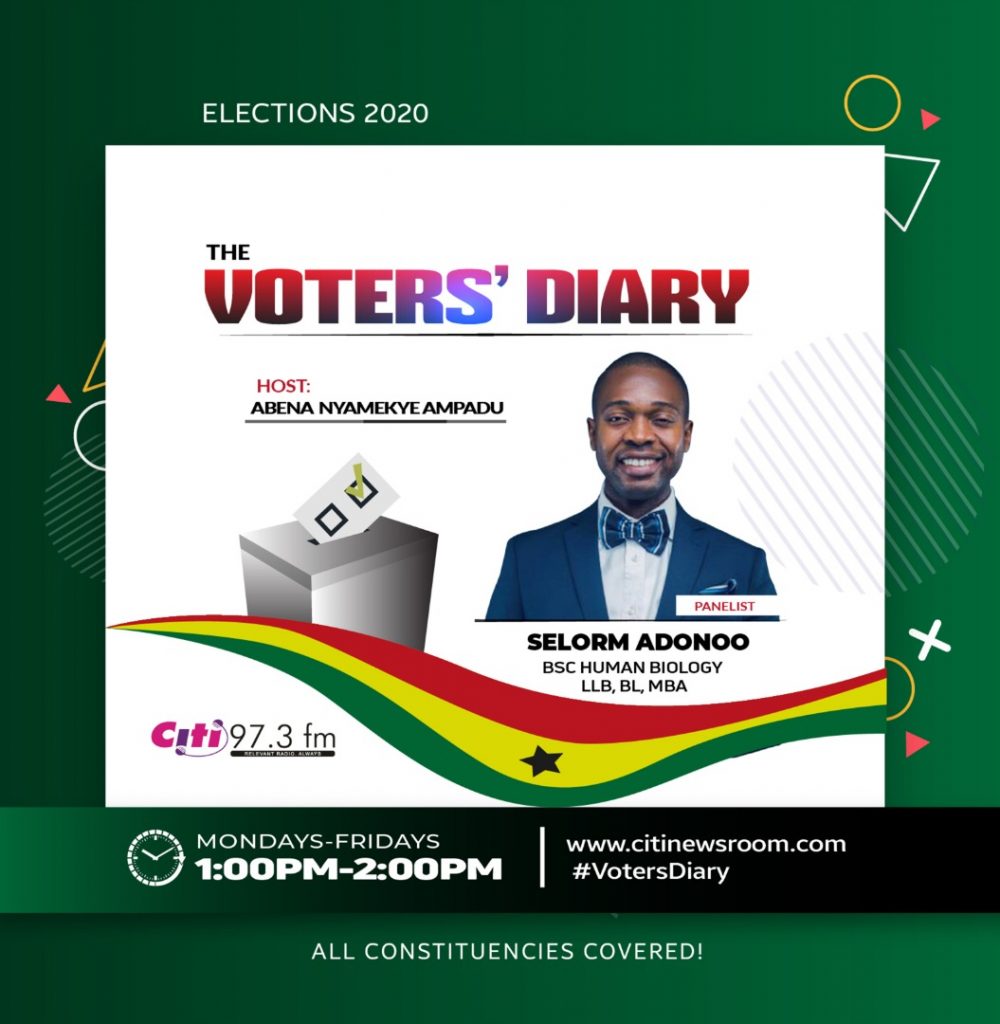 The Head of News at Citi FM and Citi TV, Vivian Kai Lokko, assured that the station’s team of young and passionate professionals is poised to deliver relevant news content and in-depth analysis to the stations’ discerning audience.

While admitting that covering the General Election with TV and Radio for the first time may be challenging, albeit exciting, Mrs. Lokko assured the stations’ audience that the team is prepared to serve them the best of coverage, before, during, and after the elections. 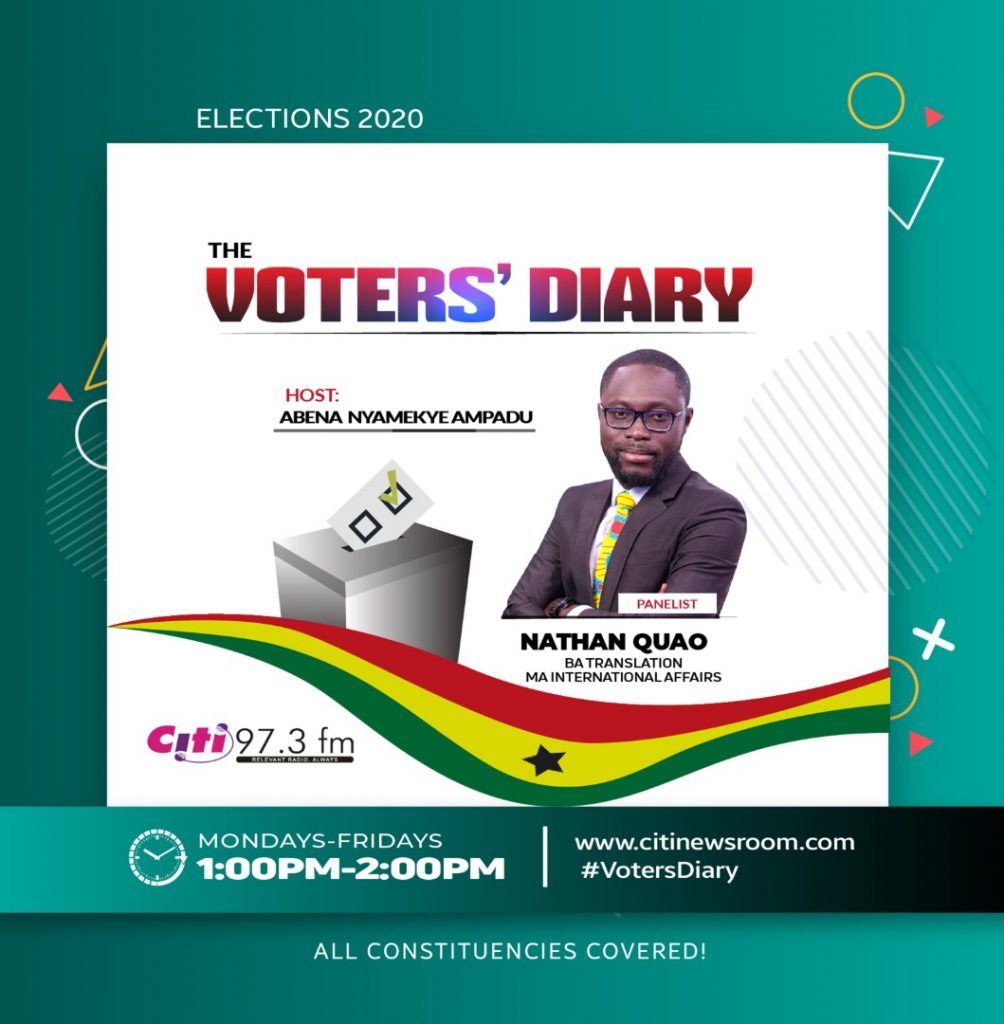 Voters’ Diary will comprise of a panel of seasoned journalists from the Citi Team, with varied fields of knowledge, as well as diverse academic backgrounds. 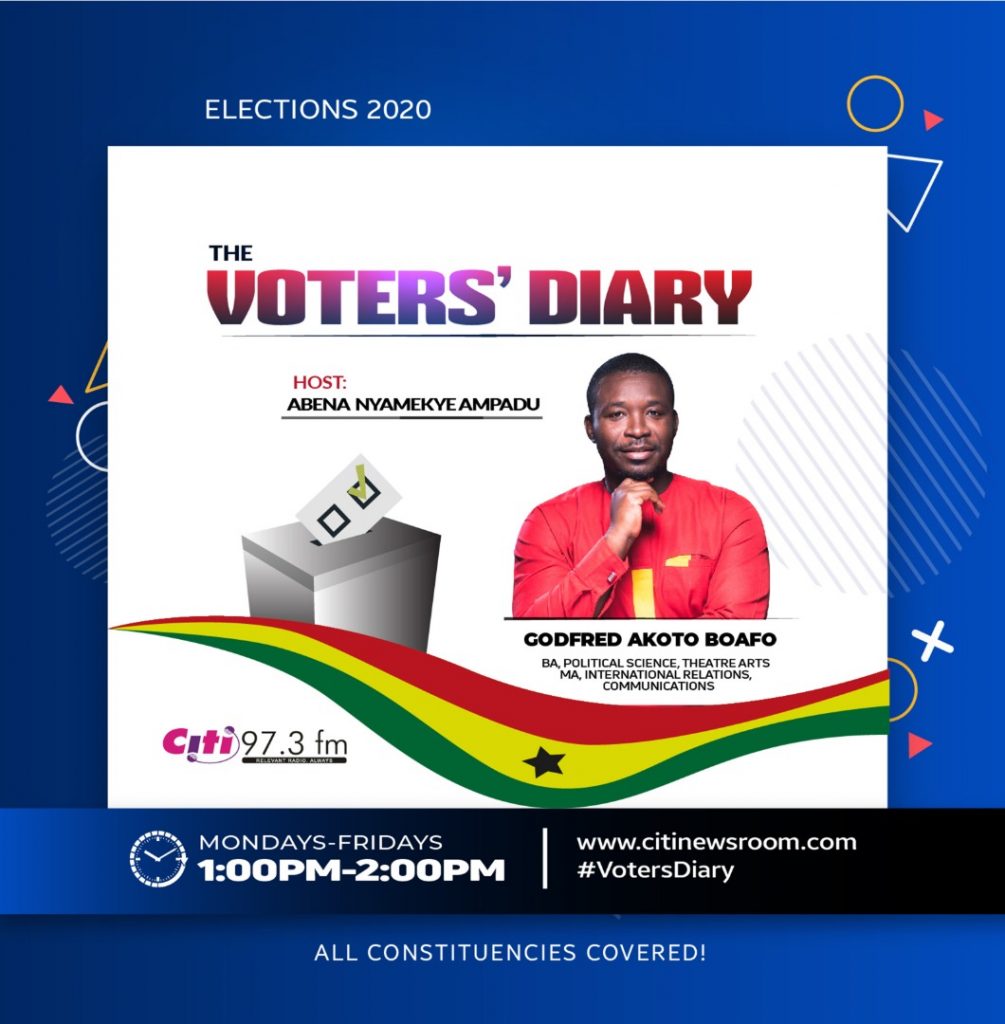