Coronavirus back ‘in full swing’ in South Korea 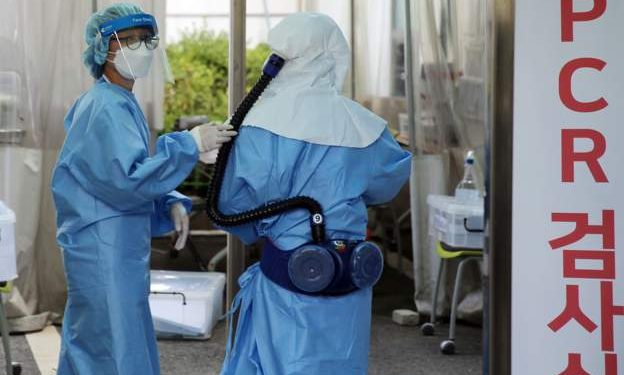 South Korea has warned that coronavirus is back “in full swing” amid a surge in cases linked to a local church.

In its latest daily figures, the country reported 288 new infections.

“This is a grave situation that could possibly lead to a nationwide pandemic,” Vice Health Minister Kim Gang-lip told a briefing, according to Reuters news agency.

Kwon Jun-wook, deputy director of the Korea Centers for Disease Control and Prevention (KCDC), said that without aggressive contact tracing, the country could see the kinds of spikes in infections reported in the US and Europe.

Many of the new cases in South Korea have been linked to the Sarang Jeil Church, whose pastor has been a vocal critic of President Moon Jae-in.

Another church, the Shincheonji Church of Jesus was identified earlier this year as South Korea’s biggest virus cluster.

South Korea was once considered a global hotspot for the virus, but earned praise for bringing infections under control through intensive tracing and testing.

In total, the country has reported more than 16,000 cases and 307 deaths, according to data collated by Johns Hopkins University.

COVID-19: Committee inaugurated to advise on re-opening of pre-tertiary schools

COVID-19: Committee inaugurated to advise on re-opening of pre-tertiary schools