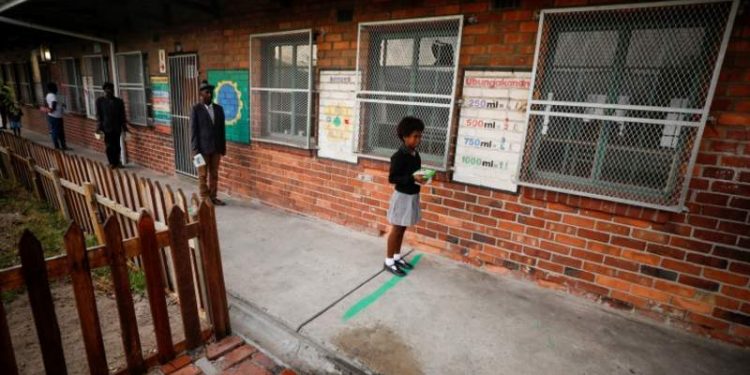 South Africa’s students in all grades resume classes on Monday after weeks of closure because of the COVID-19 pandemic.

Final-year students had resumed classes earlier to prepare for examinations.

President Cyril Ramaphosa closed the schools in July after they were briefly reopened following a public outcry on rising virus cases.

Monday’s resumption of classes comes as the country registers a decline in new infections.

The health minister said the country was “over the surge”, adding that the “plateau has started”.

The authorities in South Africa say they have prepared for the safe resumption of learning to starting this week.

South African school pupils are back in class this morning. Some grades are returning after a five-month break. They’ll join Matric pupils who have already been hard at work. In Gauteng alone, more than a million pupils are returning. eNCA’s Masego Rahlaga reports. pic.twitter.com/qFUg688DWO