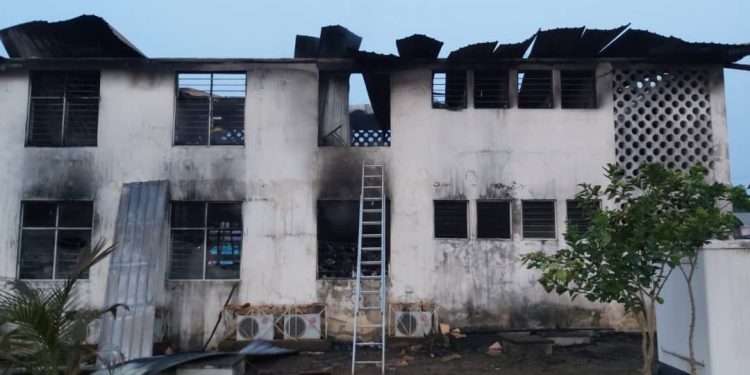 The Electoral Commission (EC) says the data centre at its Accra Regional office is ‘safe and secure’ despite Friday’s inferno at the facility.

Part of the warehouse of the office situated at Sapeiman near Amasaman was gutted by fire which lasted for about four hours.

Citi News understands the affected part was used as a storage facility for electoral materials.

The EC also in a statement confirmed the fire outbreak but said it did not affect the main administration block contrary to widespread reports on social media.

It said the fire struck the storage facility of the office and destroyed a number of used items including old forms, ballot boxes and referendum stationery and that its data centre is intact.

A joint team from the security agencies and the Ghana National Fire Service (GNFS) have commenced investigations into the unfortunate incident.

Personnel of the Ghana National Fire Service were able to bring the fire which occurred on Friday, August 14, 2020, under control. 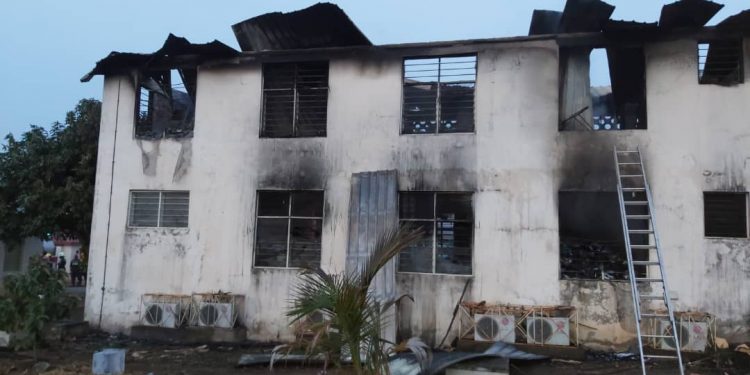 In a separate interview with Citi News, Public Relations Officer of EC, Slyvia Annor said the report on the investigations will be made public when ready.

She also assured the fire will not affect the EC’s work towards the December polls.

“Portions of the Greater Accra Regional Office warehouse was gutted by fire in the early hours of today, Friday, destroying some old election materials that have been stored over the period but thankfully the Ghana National Fire Service was able to stop the fire from spreading to the other offices.”

“The matter is being investigated by the Ghana National Fire Service as well as the security agencies and as soon as the report is ready we will make it available. It is important to assure the general public that the fire outbreak will not affect the conduct of the 2020 presidential and parliamentary elections”, she said.