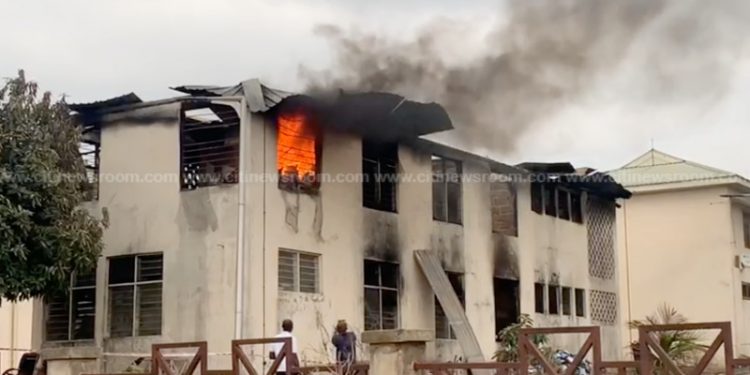 Fire Service personnel are back at the Electoral Commission’s (EC) Accra Regional office after the fire at the premises reignited.

The fire originally started on Friday around 2 am and firemen spent hours trying to control the inferno at the office located at Sapeiman near Amasaman.

According to the Greater Accra Director of the EC, Kwame Amoah, it is not yet clear what started the fire. 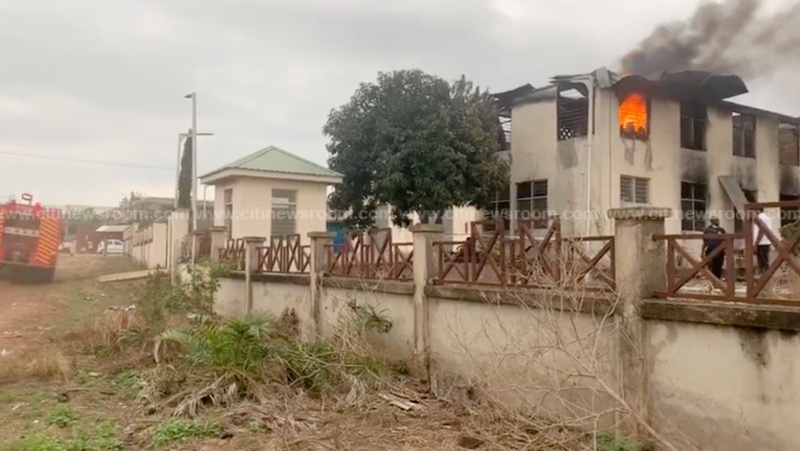 He noted that there was ‘a lot of combustible material’ that may have accounted for the rekindling of the fire.

“We won’t go now. We will wait for about 30 minutes before we [leave the premises],” he added.

The Electoral Commission says the data centre at its Accra Regional office is ‘safe and secure’ despite Friday’s inferno at the facility.

Part of the warehouse of the office was gutted by the initial fire which lasted for about four hours.

The EC said the fire did not affect the main administration block contrary to widespread reports on social media. 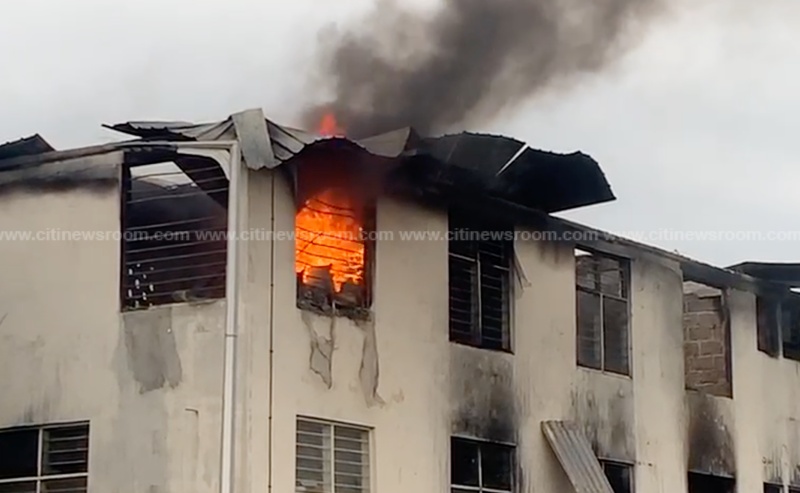 The Commission also said the fire struck the storage facility of the office and destroyed a number of used items including old forms, ballot boxes and referendum stationery and that its data centre is intact.

A joint team from the security agencies and the Ghana National Fire Service (GNFS) has commenced investigations into the unfortunate incident.

In a separate interview with Citi News, the Public Relations Officer of EC, Slyvia Annor, said the report on the investigations will be made public when ready.