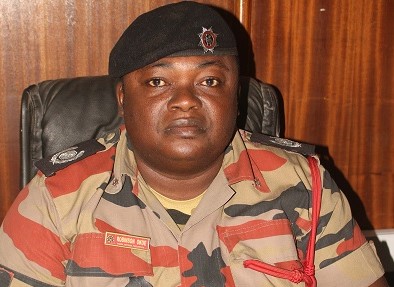 The Ghana National Fire Service is calling on landowners to continue to be responsible for their property and buildings that are erected on them, even after they have leased portions of the land out.

This comes on the back of five fire outbreaks recorded at different parts of the country in the last seven days.

Some of the places that fire destroyed properties include the Greater Accra Regional Office of the Electoral Commission, Takoradi Market Circle and a slum at Shiashie.

In most of the cases, firefighters complained about the lack of access to the source of the fire to extinguish it.

The Head of Public Affairs for the Service, Ellis Okoe Robinson, speaking on the Citi Breakfast Show said most of the fires are caused by lack of proper planning.

“Most of these slum areas are not properly organized, the structures over there are not properly planned. So, it is the concentration of human activities in these areas, the negligence, carelessness and ignorance on the part of occupants of these areas that cause the fire outbreaks. Our major issue is access to the fire grounds. Unfortunately, these areas belong to private individuals who have given out such places to people for a fee so it is not the metropolitan assembly that owns these places and therefore the onus sits with the owners to ensure that the occupants of their land are safe if only they collect money from them. So, it is the owners that must ensure that any property that sits on their land is properly planned with alleys and proper access.”

Meanwhile, the Bureau of Public Safety is warning that fires will continue to destroy structures until city authorities ensure that structures do not spring up at unauthorized places.

Three of the five fire outbreaks that have been recorded in the past six days have occurred at squatter communities.

The Bureau believes this could have been averted if settlements were properly policed.

The Executive Secretary of the Bureau, Nana Yaw Akwada, also speaking on the Citi Breakfast Show lamented the failure to implement fire reports.

“Even FBI experts have come in to investigate fires in this country, we have a wealth of information and a wealth of knowledge that we can harness to prevent some of these fires. But this information is in the bosom of the state and we are perishing. Only in the 1980s, lotto kiosks were on the plans of various city councils, how did we create this mess that today we live in? You pass by a place on Friday, and on Monday there is a structure coming up and we call them temporary structures, but they become permanent over time. And so, when there are fires in these places, it is because of development that is moving far ahead of planning and because of development that is not well coordinated. This puts the fire service right in the middle of it because when there are fires, they have to respond.”