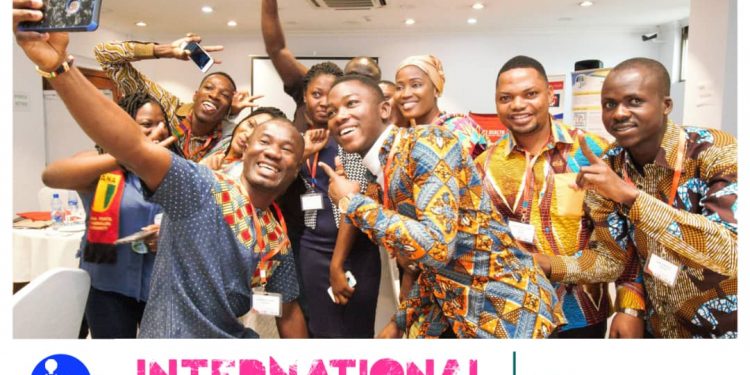 This year’s International Youth Day which fell on 12th August 2020 took place at a time the whole world is battling with the novel coronavirus pandemic that is having a tremendous effect on young people’s lives, health and well-being.

During times of crisis, the most vulnerable are more likely to experience the worse forms of hardship, sexual- and gender-based violence, stigma and discrimination of which Young Persons Living with HIV (YPLHIV) between the ages 15 and 24 are not left out.

It is for this reason that a non-governmental organization, Hope for Future Generations (HFFG), is using this year’s celebration which is themed “Youth Engagement for Global Action” as a platform to raise awareness on challenges young persons living with HIV/AIDS go through.

HFFG in a statement among other things called on government to ensure that the AIDS Fund is operationalized immediately,” HFFG added in its statement.

“Government must fast track the operationalization of the AIDS Fund to fill the huge commodity gap and gaps in HIV programming including prevention in Ghana.

The prevalence of HIV/AIDS among adolescents and young people is an issue of great concern given that many African countries have youthful populations (UNAIDS, 2013), Ghana inclusive. While declining among all other age groups, AIDS-related deaths among adolescents have increased over the past decade.

Stigma and discrimination are major concerns for young persons living with HIV because they are usually blamed and ridiculed. Ghana ranks 3rd highest in West Africa in HIV stigma as two-third of people aged between 15 and 49 have discriminating attitude towards people living with HIV (PLHIV), increasing from 62% in 2008 to 68% in 2014, with about one-third of them thinking HIV-positive children should not be attending school with HIV-negative children (GDHS, 2014).

Hope for Future Generations is, therefore, calling on the government to intensify its fight against the disease in Ghana.

Below are some recommendations given by the NGO:

1. Government must fast track the operationalization of the AIDS Fund to fill the huge commodity gap and gaps in HIV programming including prevention in Ghana.

2. Facilities providing Anti-retroviral Therapy (ART) must be encouraged to create/establish support groups for YPLHIV to enable peer to peer interaction, education, support and encouragement so they can better understand their sexuality and appreciate better the modes of HIV transmission and management.

4. Health workers capacity must be continually built to appreciate these young ones without blaming or ridiculing them knowing well that some of them got HIV from their parents through no fault of theirs.

5. CSOs/ NGOs/CBOs and community Traditional Leaders should collaborate with Ghana Health Service (GHS) to create/establish a mentoring program including psychologists, Medical officers, legal advisers who these young ones can openly talk to without being judged or criticize. Mental health issues such as anxiety and depression through an established and strengthened referral system can be minimized.

6. Ghana Health Service should roll out integration of SRHR with ART services so these young ones can have a one stop shop for both ART and SRHR friendly services. Regular and timely SRHR education will empower and equip adolescents and young people living with HIV with information and skills to make informed choices about their sexual and reproductive health and well-being. It will also go a long way to help them accept their status and adhere to ART, and live a bold, confident with healthy/ reproductive lifestyles.

7. With adolescent lacking financial resources, the National Health Insurance Scheme can take up the cost of drugs for the opportunistic infections and other laboratory tests that they need to stay healthy while taking their lifesaving ARV.

8. National Population Council, a body responsible for overseeing the growth development and control of Ghana’s population must be well resourced to deliver on its mandate.

9. Government must strengthen its partnership with CSOs/NGOs/FBOs to carry out sensitization programs to empower parents and caregivers to know how to handle these young ones and how to meet their needs.

Hope for Future Generations (HFFG) is a national community based, non-governmental, not-for-profit organization that seeks to improve the health and socio-economic status of women, children and young people through innovative and acceptable participatory strategies.