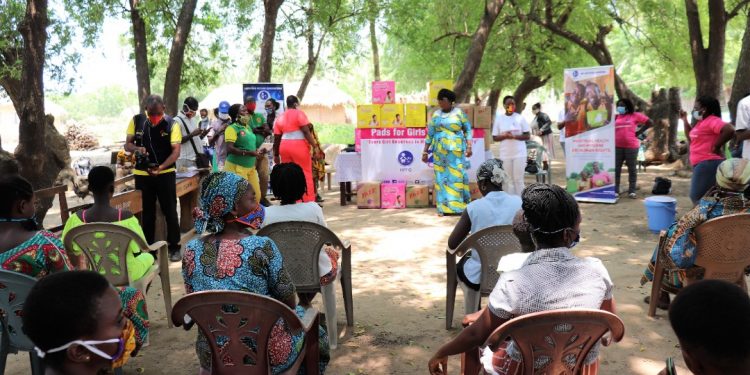 Hope for Future Generations (HFFG), a non-governmental organization, as part of its 20th Anniversary commemoration has launched a menstrual hygiene initiative aimed at supporting 500,000 girls with 3 million sanitary pads.

Dubbed Pads for Girls Everywhere, the initiative was officially launched on Tuesday 28th July 2020 with a donation of 1,000 sanitary pads to about 220 girls from Kadjanya and Pediatkope, two communities in the Ada East District of the Greater Accra Region of Ghana. 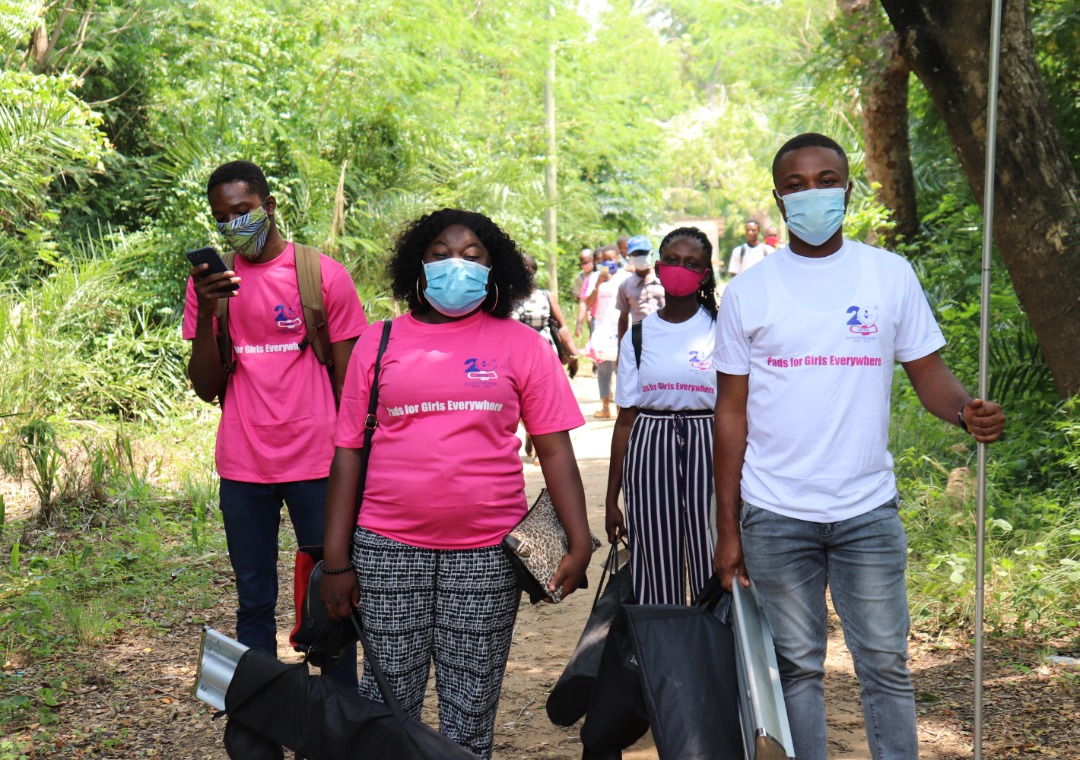 Speaking at the launch of the year-long intervention at Kadjanya, the Executive Director of HFFG, Cecilia Senoo explained that the project seeks to promote good menstrual hygiene management for girls (both in school and out of school) including those living with disabilities.

She indicated that HFFG by this project wants to break the negative social norms around menstruation and engage decision-makers, traditional leaders and opinion leaders to increase the political priority for Menstrual Hygiene at all levels. 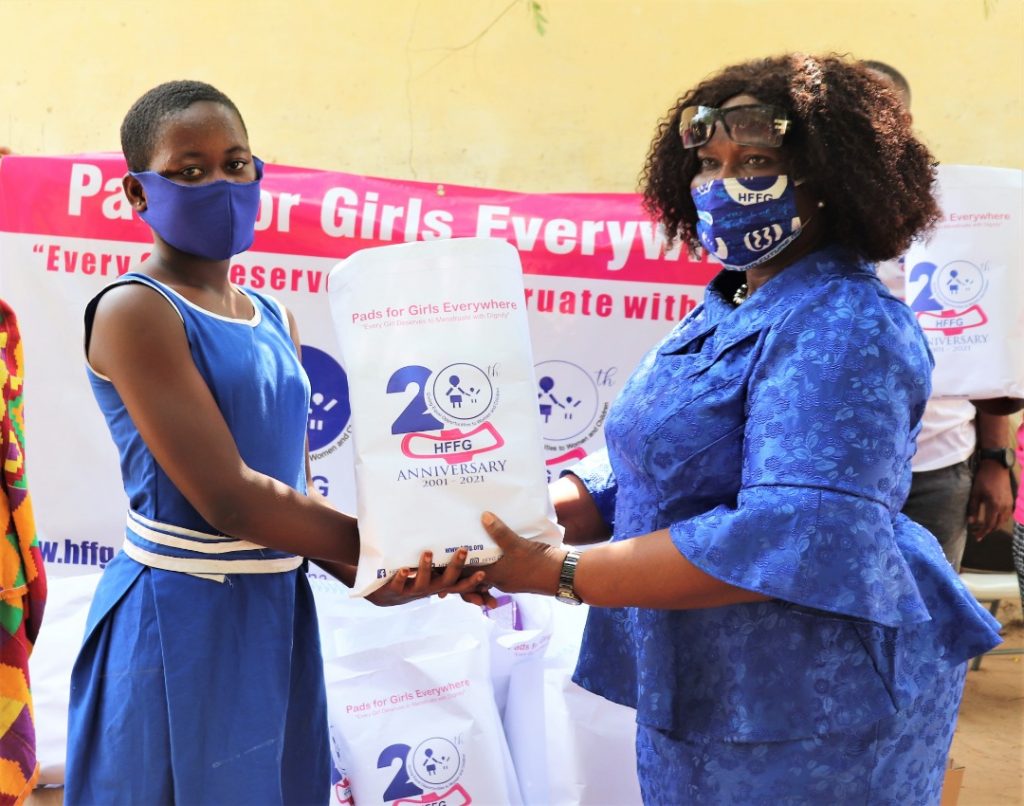 “Menstruation should not be a barrier to prevent any girl from achieving her dreams. No girl should miss classes due to lack of sanitary pads. No girl should have health problems with her sexual and reproductive organ because of the use of unhygienic materials,” Mrs Senoo stated.

She called on the Government of Ghana to reduce or remove taxes on sanitary pads to make them more accessible to girls everywhere.

At Pediatorkope D/A Basic School located on an Island Community, 500 hundred sanitary pads were distributed to final year students preparing for their Basic Education Certificate Examination (BECE), as well as those out of school. 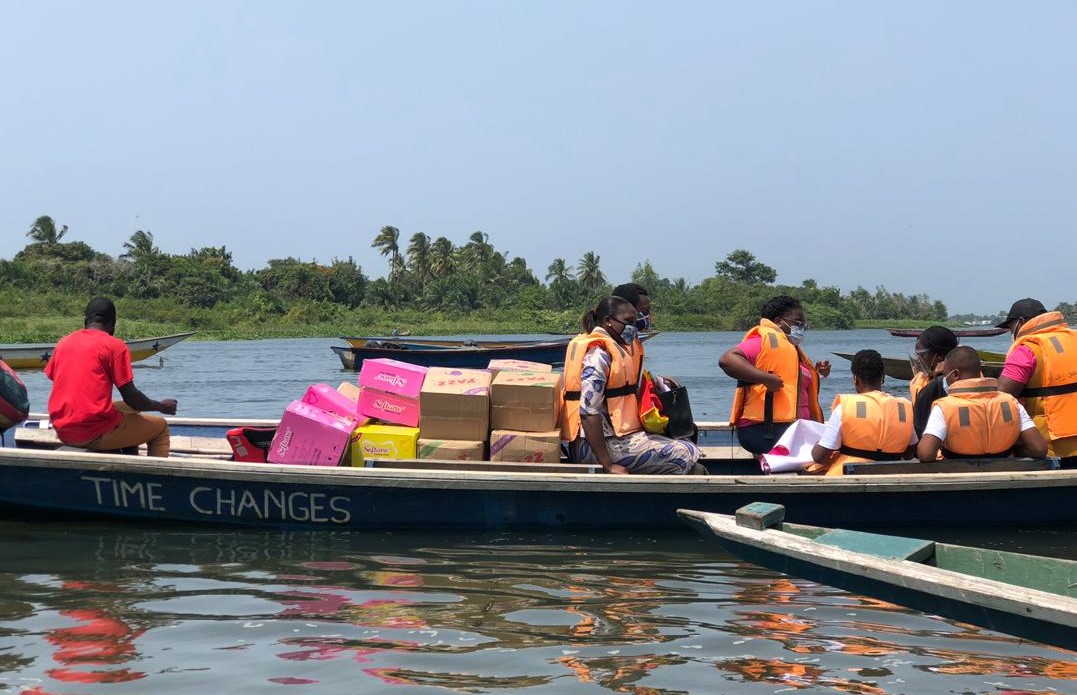 The headmaster of the Pediatorkope D/A Basic School, Mr David Numo expressed gratitude for the donation, noting that it will go a long way to boost the confidence of girls in the school, especially as they prepare for their exams.

Queen Mother of the Adibiawe clan in the Ada traditional area, Naana Adiki Manyeyo Adi at a community durbar thanked HFFG for choosing Ada as one of the beneficiaries of the intervention. She encouraged parents to be committed to the provision of the basic needs of their daughters to ensure that they harness their full potentials. 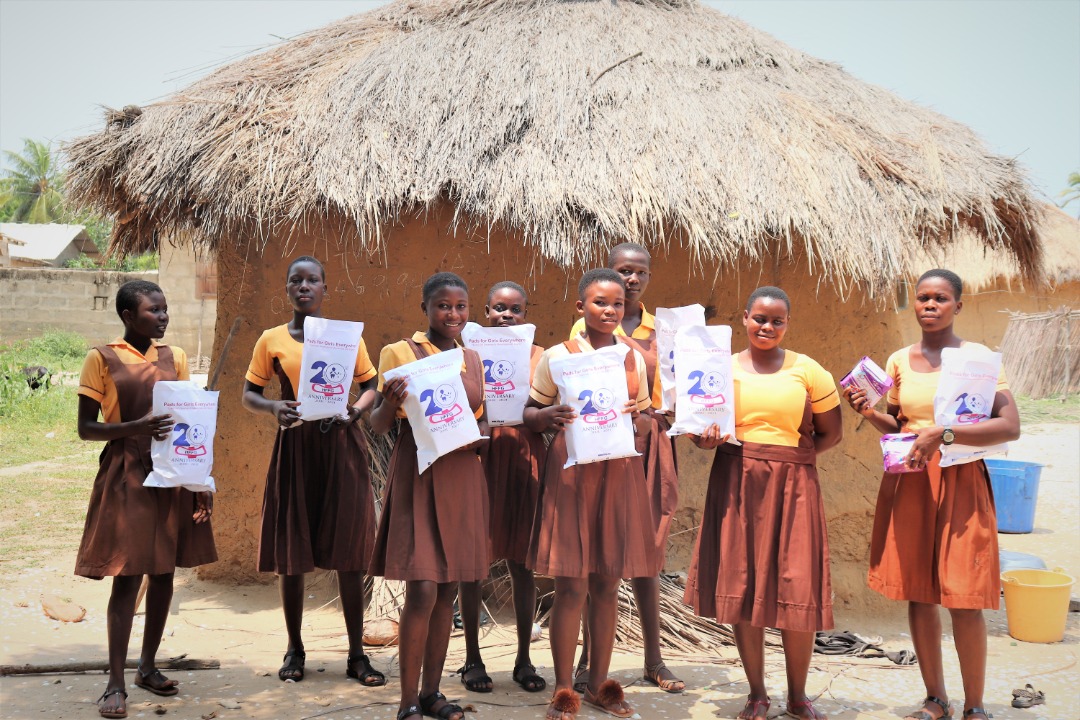 “I thank Hope for Future Generations for donating the pads to us. I thank them for also educating our parents to ensure we have sanitary pads. This will keep us healthy,” Gifty, a final-year pupil of the Pediatorkope D/A Basic School also said.