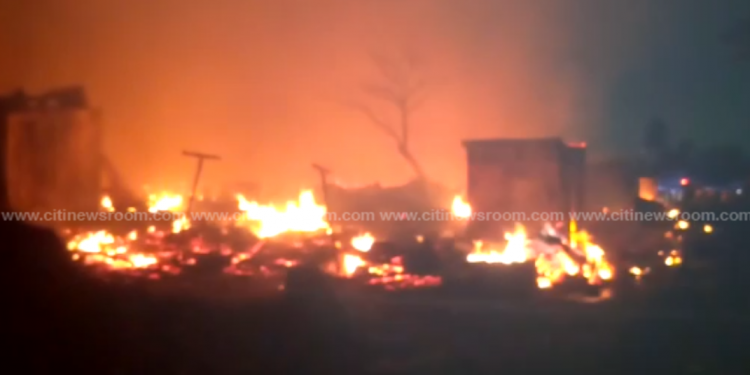 The Bureau of Public Safety wants the government to make public, findings of investigations on public safety to enable Ghanaians to learn from the recommendations.

Executive Secretary of the Bureau, Nana Yaw Akwadaa, who made the call says, such a move will forestall the recurrence of disasters especially fire outbreaks in the country.

His comments come on the back of last Friday’s fire that destroyed properties at the Greater Accra office of the Electoral Commission and several other structures at a “Kiosk Estate” at Shiashie in Accra.

In an interview with Citi News, Mr. Akwadaa said the inability of the citizenry to access information on the causes and preventive measures in handling fire disasters is a major source of worry.

“We have not as a people been able to make full use of investigation reports on fires. So we do not know what causes fires except very scanty recommendations that are eventually thrown out. We need the state to begin publishing investigation reports into fires and other matters of public safety concerns so that we as a people we can learn from it.”

Many were rendered homeless as a result of the inferno at Shiashie.

The extent of damage at the Kiosk Estate is not yet known but personnel of the Ghana National Fire Service saying they have already commenced investigations into the incident adding that the fire was widespread due to the number of explosives in the area.

Earlier on Friday, August 14, 2020 part of the Electoral Commission’s Greater Accra Regional office at Sapeiman near Amasaman was also gutted by fire.

The fire struck the storage facility of the office and destroyed a number of used items including old forms, ballot boxes and referendum stationery.

On Saturday, August 15, 2020, a fire outbreak which started around 12:30 am on the Kingston Avenue at the Takoradi Market Circle also destroyed about five stores.

First Samuel, a popular provision shop at the market was also affected by the inferno destroying several groceries.

It took firefighters five hours to finally put the flames under control.