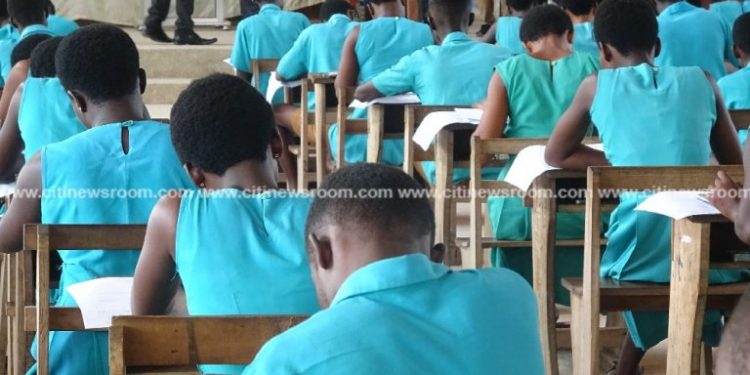 The Executive Director of the Africa Education Watch, Kofi Asare has alleged that some questions in the ongoing West African Senior School Certificate Examination (WASSCE) have leaked.

Mr. Asare indicated on Eyewitness News that a special page for sharing these leaked questions had been created on social media for interested students.

“We have realised that prior to the Integrated Science paper, there were some leakages. It happened that whatever leaked appeared [in the exam] and students were elated. If you go to Facebook and you type Mr. Right, you will see a page called WAEC exams leaked room run by Mr. Right. He has about 6,400 followers and the business is usually done on WhatsApp. I am only mentioning Mr. Right, because the brand was embossed on some of the questions we saw,” Mr. Asare said on Eyewitness News.

He pointed out that the problem of WASSCE questions leaking has been allowed to fester due to constant denials by the West African Examination Council (WAEC) and the Ghana Education Service (GES).

“We have raised issues about WAEC and GES. WAEC is an assessment body. They are examiners and assessors. They are supposed to evaluate GES, but what happens is that whenever there is a leakage, WAEC issues a statement on that day and GES issues a statement and deny. They are interested in protecting the sanctity of their institution.”

Kofi Asare alleged a sheet containing the telephone numbers and email addresses of the examiners was also being shared alongside the leaked papers.

“What broke the camel’s back was when I saw a sheet containing the telephone numbers and email addresses of the examiners.”

Responding to allegations of leakages, Public Relations Officer for WAEC, Agnes Teye Cudjoe said it is unfair to blame WAEC for these leakages.

She said the Council is committed to maintaining the integrity of the examination, adding that an investigative team had been formed to probe the development.

“As an examining body, we will not compromise our paper not for anything because we are interested in preserving the integrity of our examination so if there is a website with any WAEC links, posting our questions from our strong room, I do not think it is fair to say that this is coming from WAEC. Our investigative team has alerted us and they are trying to track these websites. We are investigating this development.”

Kofi Asare’s allegation comes on the back student protests and in some cases, physical assault of WAEC officials by WASSCE candidates who claim the officials prevented them from cheating in the exams.

In one of the instances where a WAEC official was assaulted, a teacher is alleged to have supported a candidate to refer to a foreign material with already-solved questions.