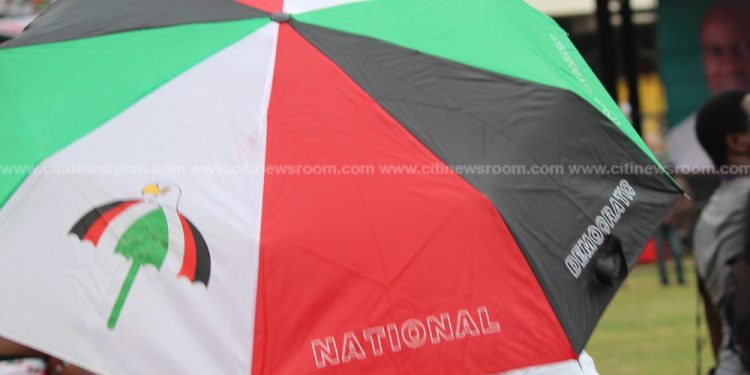 The Volta Caucus, a group of Voltarians based outside the Volta Region and members of the opposition National Democratic Congress (NDC) is calling for cool heads to prevail in the party.

There is a raging controversy between the NDC founder, Jerry John Rawlings, other members of the NDC and Professor Kwamena Ahwoi, a leading member of the party, over the contents of a book titled “Working with Rawlings”.

Prof. Ahwoi, the author of the book in question, has been criticized by a number of NDC members over supposed ‘factual inaccuracies’ in the book.

Jerry Rawlings issued an over 4,000-word response to Prof. Ahwoi.

Others whose names were mentioned in the book have all issued disclaimers to that effect.

The Volta Caucus said it is saddened by the turn of events ahead of 2020 polls 2020.

“We as a group feel saddened that, this issue will come up in such a crucial time as this when Ghanaians are crying for an electoral rescue from the maladministration and misrule of the Nana Akufo Addo-led Government,” the Volta Caucus said in a statement.

The group thus urged all factions involved to bury their differences and work for the collective good of the NDC.

“The 2020 election is so crucial requiring all energy and hands-on-deck because it is that election which will again define Ghana’s destiny. It is an election which will have good triumph over evil and to return Ghana onto the path of development, departing from the status quo; an affinity for treachery and engagement in divisive politics; a typical case as we witnessed and suffered during the recent Voters Registration exercise.”

Claims Prof. Ahwoi made in the book

Prof. Ahwoi among other things wrote in his book that ahead of the 2008 elections, Mr. Rawlings tried to sabotage Prof. John Evans Atta Mills from becoming flagbearer of the NDC.

He also alleged that Rawlings’ wife, Nana Konadu Agyeman-Rawlings had wanted to succeed her husband to become President.

But these claims and others have all been refuted by Mr. Rawlings.

Mr. Rawlings also said the book was meant to “paint a denigrating picture” of him.

Below is the statement from Volta Caucus 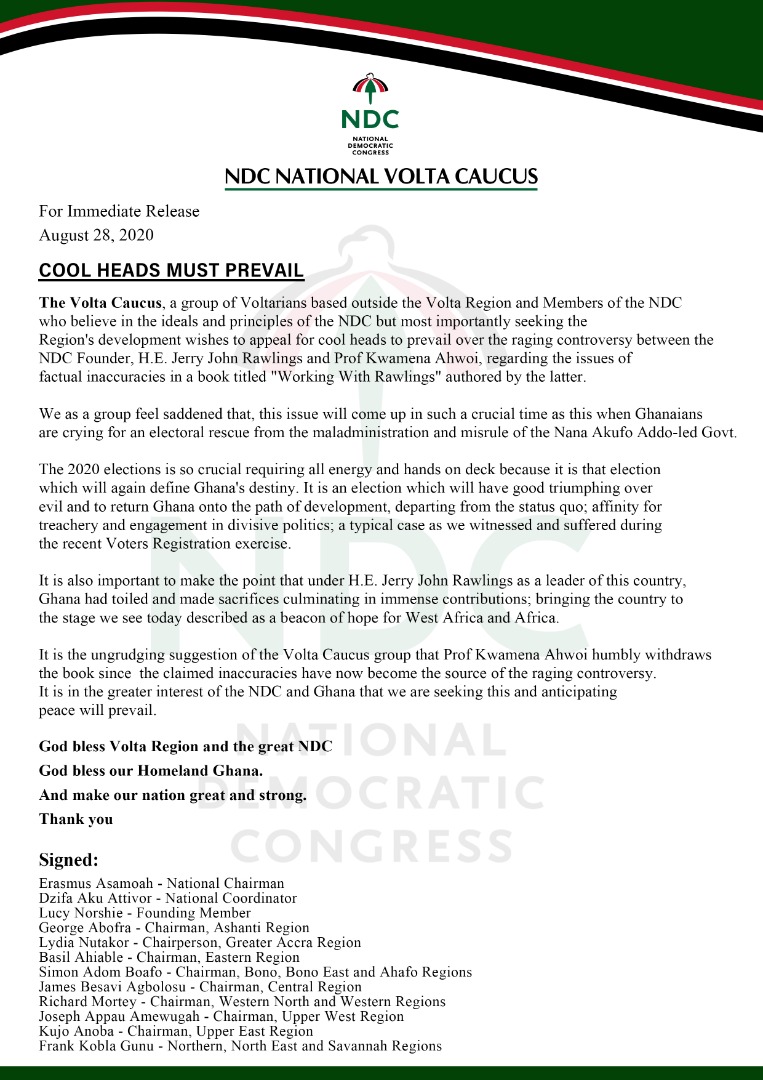