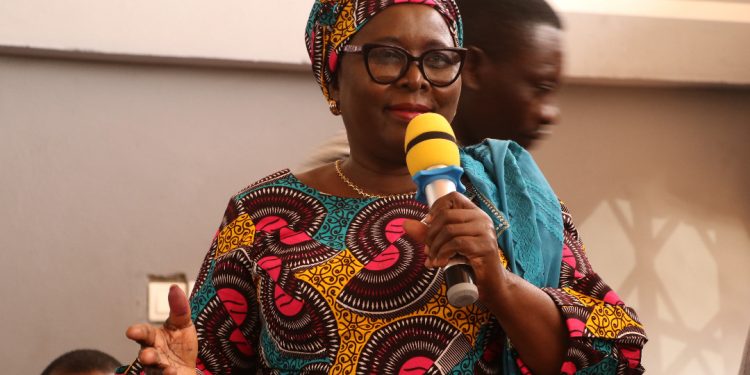 The Minister of Local Government and Rural Development, Hajia Alima Mahama has called on Assembly Members in the country to disregard promises by former President John Dramani Mahama to pay them monthly allowances if re-elected as President in the December 2020 elections.

According to the Minister, the claims by John Mahama is a rooftop promise which cannot be fulfilled.

Speaking at a sod-cutting ceremony for the construction of the Nsukwao Basin Drainage System in Koforidua, the Local Government Minister said the Akufo-Addo government is making efforts to soon allocate a portion of the District Assembly Common Fund to assembly members to undertake developmental projects in their areas.

Former President John Mahama while addressing a meeting with the Ghana Association of Assembly Members in his office in Accra, pledged that the next NDC administration will work closely with them to deepen their role in governance.

Among other assurances he gave the association, he said the next NDC government will design training programmes to build the capacity of assembly members as well as pay them monthly allowances to encourage them to do more for their communities.

He said the allowances will be paid with the savings his government will make by drastically cutting down the number of ministers in his next administration in 2021.